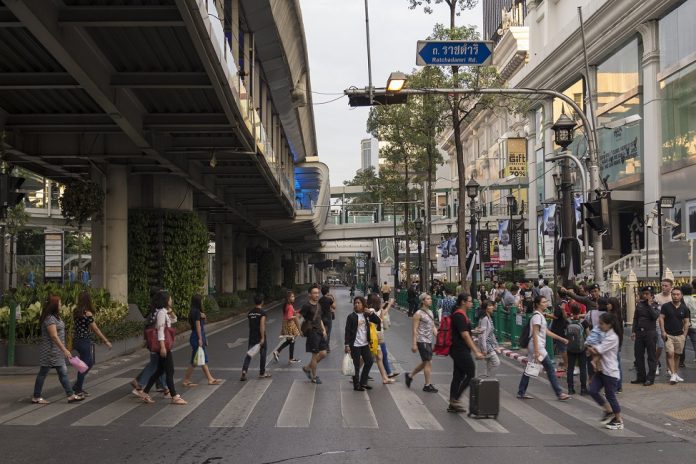 Since the Thai political crisis that eventually led to a coup in 2006 overthrowing the government of Thaksin Shinawatra, it became evident that the Thai middle class and an army of civil society organisations were not performing as agents of change. Instead they became defenders of the old power to protect their political interests. In 2005, the Bangkok-based People’s Alliance for Democracy (PAD) launched protests Thaksin. Clad in yellow shirts, the protesters accused Thaksin of committing corruption and disrespecting the much-revered monarchy—a sacred institution in Thailand. Therefore, the mission of removing Thaksin became necessary and legitimate.

The middle class and civil society claimed to defend democracy, supposedly tainted by self-interested politicians like Thaksin. At a deeper level, the fear of Thaksin and his successful populist policy designed to empower the rural residents answered to why the middle class and civil society rejected his kind of democracy. The monarchy, long regarded as a symbol of prosperity of the Thai middle class, conveniently provided itself as an instrument for its supporters in rejecting democracy à la Thaksin through a binary explanation: moral and immoral politics, with the monarchy representing the moral force versus immoral and selfish politicians

But first it is imperative to discuss two schools of thought on the nature of the Thai middle class. One is the well-known modernization school, which elaborates a connection between the level of the people’s income and the sustainability of democracy. It posits that when a nation reaches a high degree of economic development, leading to a better livelihood among citizens, what follows is the consolidation of democracy, supposedly promoted by the new middle class. As people become richer, they appear to entertain certain liberal attitudes. These liberal attitudes in turn represent a key ingredient behind the making of a more democratic society.

But critics sometime disagree with the modernization school by pointing to certain examples, as seen in Singapore and Malaysia where high economic growth has not always led to democracy. Given this shortcoming of the modernization school, this essay relies on the contingent democrats school. I argue that the Thai middle class’s affinity with democracy is mainly contingent. It does not hesitate to cooperate with the military to defend its political interests. Thus, it can be perceived as an unreliable partner of democracy. It only lends its support for democracy on its own conditional terms, earning the title of the “contingent class”.

Other characteristics of the Thai middle class include the wide array of backgrounds of its members but this prevents them to form a unified group. There are no consistent ideology or political preferences, ranging from endorsing the military coups, calling for the king to intervene in the political crisis, to giving consent to the appointment of unelected prime ministers. When the Thai middle class is able to firm up its political position through the democratic process, it is willing to discuss political inclusion or even support the lower class under types of alliances. However, when its interests come under threat from the lower rungs of society, the middle class switches to its preference of political exclusion; at the same time as it begins to undermine those posing threats.

In the Thai case, while some work for a better livelihood for marginalized residents in remote regions, other forge their alliance with the middle class in safeguarding their political benefits at the expense of their support for democracy. This alliance fortified certain toward the lower class; they see themselves as philiang, or caretakers, which suggests that they occupy a superior position with a responsibility to care for and guide the villagers. Although admittedly, some are serious about protecting the wellbeing of the poor too.

Naruemon Thabchumpon defines the philiang civil society as “elite-urban”, which consists of, for example, progressive civil servants and the business community. Because of the national economic development policy, the elite-urban civil society has increased and gained more political clout vis-à-vis its counterpart in the grassroots community, represented by the “rural popular”. The term “elite-urban” indicates its Bangkok-based roots and its concentration mostly in the urban centres. Its members forge close ties with the mass media (and today social media). And its obligation toward promoting democracy is occasionally conditional. They can be highly politicized in order to fulfill the objectives of its members. The politicization and class-consciousness of the civil society represents its weakest point and in part obstructs democratization process.

How are all these related to the rise and fall of Thai democracy? The middle class and civil society organisations rejected the Thaksin regime because it strove to empower the marginalized population and strengthen the electoral system to allow better access to political and economic resources for the poor. This situation led to a fierce competition for resources between the middle class and the rural population. The middle class moved to protect what was seen as the intrusion into its political territory.

It is undeniable that the network monarchy had long dominated Thai politics for decades, from controlling the organisational reshuffles of key institutions such as the military and the judiciary, co0pting with big businesses, to propaganda works at the national level. In this process, the middle class and urban-elite civil society became enthusiastic supporters of the network monarchy, exploiting the revered status of the royal institution to reap benefits from the system. Gradually, the alliance between the network monarchy and the middle class members and civil society began to isolate the rural-popular residents.

The royal intervention during the political crisis is just one aspect of today’s struggles that pitch the traditional military and royal networks, supported by the urban middle class, against Thaksin and his inner circle, whose modern bourgeois interests, backed by decisive popular electoral support, directly challenged the old power arrangements.

While the network monarchy was able to redefine the political landscape by placing the monarchy at the top of the political structure, rural population was allowed to participate in the electoral politics on certain conditions—that their chosen governments must be subservient to the dominant network monarchy, otherwise they would be overthrown in coups. But King Bhumibol already passed away. Anxiety reigned high among his supporters, particularly in the face of the rising Thaksin phenomenon at the dawn of the new reign under King Vajiralongkorn. This could further drive the middle class away from democratic principles.