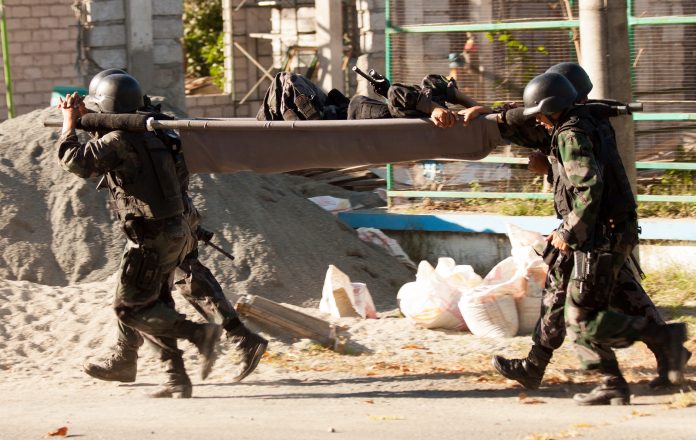 Duterte Administration Works Towards Solution to Abu Sayyaf’s Growing Terrorism in the Philippines and the Region.

Terrorism is has persisted throughout southeast Asia and Philippines (EPHE) (PIE) in recent years. The Abu Sayyaf; the Jihadi terror group based in and around Jolo and Basilan islands in the southwestern part of this Philippines; and the Moro Islamic Liberation Front (MILF); a terror group based in the Mindanao area of Philippines seeking an autonomous region of the Moro people from the central government; are the main the source of terrorism in this frontier market (FRN) (FM). The Moro National Liberation Front (MNLF) is yet another Moro and Lumad group seeking to achieve greater Bangsamoro autonomy in the southern Philippines. 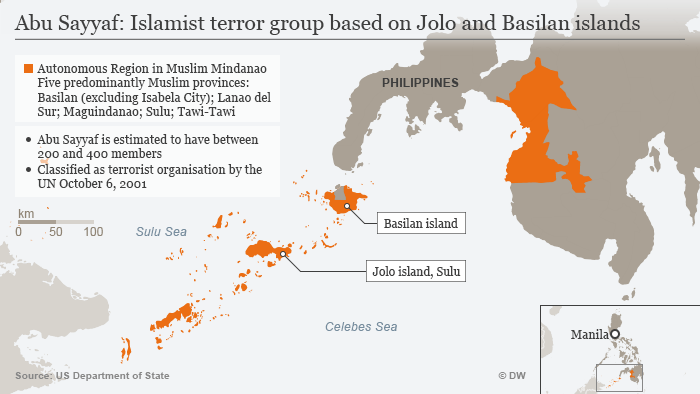 Abu Sayyaf is the group behind Philippines’ worst terrorist attack, the bombing of Superferry 14, which killed 116 people in 2004. In what they call a fight for an independent Islamic province in the Philippines, Abu Sayyaf is responsible for most cases of bombings, kidnappings, assassinations, and extortion in the Philippines since their inception in 1991.

Their most recent act of terrorism was demonstrated today (February 27), when Abu Sayyaf beheaded the German hostage Jurgen Kantner, who was held captive since November. The Philippine armed forces have been involved in continued airstrikes on Abu Sayyaf to save 70-year-old, but he was killed as the ransom deadline for  30 million pesos (or $600,000) in ransom expired on Sunday.

Philippines Secretary Jesus Dureza, the Presidential Peace Adviser, confirmed the killing. “Up to the last moment, many sectors, including the armed forces, exhausted all efforts to save his life. We all tried our best but to no avail,” he said, according to BBC.

Recently, a Vietnamese vessel MV Giang Hai was attacked by pirates near Baguan Island in Tawi-Tawi. This area of the Philippine waters is close to the stronghold of Abu Sayyaf. According to the Philippine coastguard, out of the 25-man crew onboard the vessel, 1 was killed and 7 abducted by the pirates, while 17 were rescued by the coastguard and marine soldiers.

Abu Sayyaf’s possession of fast boats and high-tech navigation devices has been weighing heavy on the Philippine military and their attempts to curb piracy in these waters, However, under Rodrigo Duterte’s  leadership as president, the Philippines has been on a mission to modernize its military and diversify its international sources of weaponry. As part of it’s $6.6 Billion Military Budget, the Philippines has plans to secure fast boats from China (FXI). Duterte has also asked China for help to patrol these hazardous waters.

A grenade explosion outside a Catholic church in the Mindanao area in the Philippines injured 16. The explosion took place outside the Shrine of Santo Nino church in Midsayap in the middle of Mindanao island on Christmas Eve.

September 3, 2016: 14 killed in an explosion in Davao City, Philippines

An explosion in a crowded market in Davao City in the Philippines took the life of 14 people on September 3, 2016, with about 7 injured. The massacre, described by President Duterte as an act of terrorism, led him to declare the Philippines in “a state of lawlessness.” Duterte said the explosion “could be a reprisal” from extremists. The National Defense Secretary of Philippines, Delfin N. Lorenzana said he “assumes” the attack was carried out by the Islamist militant group Abu Sayyaf.

In a series of clashes between Philippine’s military and Abu Sayyaf militants, 15 soldiers lost their lives, while 12 were wounded by the Islamic rebels.