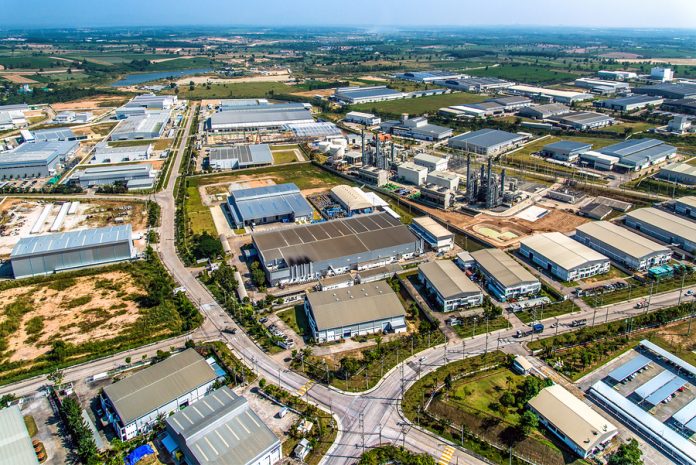 Has Thailand found the right balance to promote the industry?
At the end of March 2017, the Thai government finalized its new electric vehicle policy – a move designed to encourage the auto industry to base production of their next generation vehicles in Thailand.
This CLC Asia note takes a look into the development of this policy and some of the potential implications.

A visit from Tesla

It began with a fleeting visit to see the Thai Prime Minister by a famous international entrepreneur. The story Thai officials tell is that ‘someone senior’ from Tesla made a low-key visit to Thailand in 2016 and was granted an audience with Thai Prime Minister, General Prayuth Chan-ocha. Whatever was said in the meeting managed to inspire the Prime Minister – and in what typically passes for policy reform in Thailand, government agencies were tasked, at the drop of a hat, with developing policies to incentivize electric vehicle production in Thailand.

In the context of the Thai policy process – and the economic challenges that Thailand faces – the PM’s order to look at electric vehicle policy fitted in nicely with some of the broader themes of this government.

The development of the Eastern Seaboard in the 90’s as a global auto manufacturing hub is often regarded as one of Thailand’s greatest industry policy achievements, and politicians ever since have always struggled to emulate it elsewhere. Rarely, since the 1997 financial crisis have policy makers been able to potentially emulate the heady days of the 1980’s and 1990’s of Asian tigers and the development of the Thai manufacturing sector on the Eastern Seaboard.

At a high level, the push aligned with the oft-mentioned, but poorly articulated ‘Thailand 4.0’ policy, which aims to invest in innovation and creative industries to help Thailand lift itself out of the middle-income trap, ideally on a low carbon economic foundation.

Fundamentally however, it was another stab by a Thai government, which like its predecessors, was attempting to return the Thai car industry back to its former glory by placing a bet on an ‘industry of the future’. The imminent dawn of an electric vehicle age allowed this government to dare to dream of a re-engineered and rejuvenated ‘Detroit of the East’ building electric vehicles for not only Thailand, but for the rest of the world.

The road to re-energize the auto-sector littered with failures

The auto industry in Thailand has a stated production capacity of just under 3.7 million vehicles. In 2015, production was just under 2 million units, well below where government would like to see the sector.

The most recent failed attempt to stimulate the industry – with the populist ‘first car buyer’ scheme – was introduced in 2011 and offered tax rebates to first time car buyers.

Besides foregone government tax revenue (many purchasers were existing owners who simply bought in the name of car-less relatives), the scheme also ended up distorting the primary and secondary vehicle markets for years by encouraging people to bring forward purchases of vehicles in 2012 and 2013, collapsing demand in 2014 and onwards as ‘new’ purchasers dried up.

It was reported that the Prime Minister maintained a strong interest in the issue, and his personal interest drove the urgency of the policy development process.

A fundamental question was what electric vehicle technology was the government going to place its bet on? Should it be Hybrid Electric Vehicles (‘HEV’), or more cutting edge battery powered electric vehicles (‘BEV’) who’s battery and fuel cell technology was developing at a rapid pace but who’s market was much smaller than HEV’s. Car companies, academics and officials with competing visions about the path to an electric vehicle future jockeyed to convince the government about how they should support and nurture the sector via industry policy.

The government itself, needed to lay out what it wanted in terms of vision. The Cabinet wanted a local production capacity established by 2019. It appeared that cabinet recognized that while ‘on paper’ current incentives for export-focused manufacturers were relatively attractive, the incentives needed to improve even further in the case of Electric Vehicles to encourage investment. This reflected calls from major players such as Toyota who stated publicly that they require government to ‘establish a more supportive infrastructure’.

In addition to vehicle assembly, it became clear that the government was looking to attract, promote and support high tech manufacturers in the automotive component supply chain. Those associated industries which were going to help improve environmental outcomes and lower emissions would also be encouraged. There also existed a ‘chicken-and-egg’ situation in the industry itself, with components suppliers unwilling to establish bases in Thailand without large auto companies as customers, while the auto companies are waiting for component suppliers to establish a base in Thailand for EV’s.

The government had a mix of potential policy tools it could leverage but wanted to be judicious in how it used them. This included company tax incentives and work permit facilitation as well as income tax holidays granted by the Ministry of Finance for highly skilled technicians needed by the industry. Given Thailand’s fiscal position however, there was reluctance by the Ministry of Finance to cede too much in the way of tax revenues.

Early on in the policy development process, it became clear the government was leaning towards favouring battery powered electric vehicles (BEV). There had been for instance existing policies to import and start running Electric Buses as well as developing trial charging stations across the country for plug-in hybrid electric vehicles (PHEV), particularly via state owned enterprise, PTT (which still is responsive to government dictates).

This was in opposition to some in the industry and academia who had advocated that Hybrid Electric Vehicles (‘HEV’) were also deserving of promotion and assistance, who argued that HEV’s were an excellent ‘transitional technology’. They believed that HEV production shared many of the same components and technologies as BEV’s, and that HEV’s would initially have a larger market share to justify investment of these common components in Thailand while BEV technology ‘caught up’.

In the end, the government decided to try and appease everyone, but in line with its original intent, BEV production received the most generous incentives in the government’s quest to localize electric vehicle production in Thailand.

One government official CLC Asia spoke to said that despite heavy lobbying, the package reflected the government’s desire to focus on BEV, given that hybrid vehicles already had sufficient incentive to invest in Thailand. The same official also said that the government saw plug-in technology as their preferred transition path to a battery led future and had developed tax incentives to companies working in charging stations which would be needed for domestic use.

Under the announced scheme, BEV producers will receive between five to eight years of corporate tax exemptions, where manufacturing more than one key EV component entitled the manufacturer an additional year tax exemption per key component, with a maximum capped at 10 years.

The problem with picking winners….

Will the package actually work? Japan’s FOMM Corporation declared a month after the policy was announced that they will kick off production in Thailand with 5,000 units of compact EVs in 2018, but it is a drop in the ocean compared to the 3.7 million unit capacity of the sector in 2015, and still very small against 2015’s overall production of just under 2 million units.

Only time will tell if others move in significant scale, but Thailand may be assisted by technological advances that mean production costs between internal combustion vehicles and EV’s are reaching parity faster than anyone thought.

Recent analysis by UBS suggested the cost of electric vehicle ownership, including fuel and other running costs, will reach parity with internal combustion vehicles by 2018 in Europe. This is much earlier than many had anticipated. This trend will continue according to UBS, with parity being reached by 2023 in China and by 2025 in the US.

It also predicts that by 2025, 14% cent of all cars sold globally will be battery powered (currently that number is just 1%), and EV’s will account for one in three cars sold in Europe.

European auto manufacturers such as BMW and Mercedes have already invested in PHEV production in Thailand. If UBS’s predictions are solid, then Thailand may have undertaken its policy reform of the electric vehicle incentive framework just in time to catch the new EV wave and potentially see Thailand enjoy a first mover advantage in the region.

In that case, General Prayuth will have been very happy to have taken an audience with that ‘someone senior’ from Tesla last year.