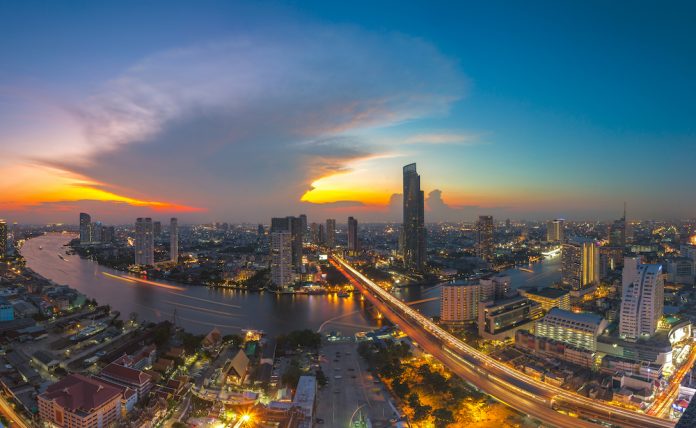 Economic stability is not the first thing investors would associate with military rule. Thailand’s experience might pose an uncomfortable challenge to that assumption, writes Ed Wiltshire.

Recent events present a challenge to this worldview: even functioning democracies can deliver unexpected outcomes. The UK Referendum on EU membership seems set to reconfigure European geopolitics in the most fundamental way, while the US presidential election may also threaten the status quo if the first ‘post-political’ candidate can buck the opinion polls and win. Investors have come to realise that political risks and instability are not confined to the emerging markets and are starting to adjust the relative risk premia of the developed and developing worlds accordingly.

Conversely, political stability may not always come in a form those of a liberal or democratic stripe find particularly palatable. But can investors afford to be squeamish about these matters? What, for example, are those involved in the markets of Asia to make of Thailand? Since absolute monarchy was ended by an unprecedented military coup in 1932, it has been at best an intermittent democracy. The army retains its taste for intervention at times of political crisis, having staged coups on a fairly regular basis ever since. The latest, in May 2014, was Thailand’s twelfth.

So how concerned should international investors be about such democratic hiatuses? Well, if the occurrence of these coups is mapped against GDP growth levels (as shown in the chart below), it is difficult to discern any consistent impact, negative or positive. The pattern of GDP growth is not greatly dissimilar to that of Thailand’s neighbour Malaysia, which has enjoyed a relatively stable democracy since 1971.

The Thais, like the people of the UK, have experienced a referendum in recent weeks. This one related to ratifying a draft constitution designed, according to the ruling military junta, to bring stability to this notoriously fragile democracy. It will ensure the military remain close to the levers of power for some time to come, but does leave open the possibility of elections relatively soon. Bangkok, unlike Westminster, was never going to be unpleasantly surprised by the outcome of this vote; perhaps a consequence of banning any criticism of the draft constitution and prohibiting monitoring of the referendum.

The new constitution also takes into account the next probable source of instability, the death of the reigning monarch. The military junta is likely to hold the reins of power over the period of the succession. While governments have come and gone and Thailand has switched between democracy and military junta a number of times, the monarch has been a model of constancy. Surpassing even the long service of Queen Elizabeth, King Rama IX has reigned for over 70 years. Inevitably, the declining health of this octogenarian is a continuing source of national anxiety.

Thailand is a country where the royal family is the focus of much patriotic pride. To criticise royalty is a criminal offence – lesè majesté – punishable by imprisonment. Indeed, posting sarcastic comments online about the King’s dog risks a possible 37 year jail sentence. After such a long period of stability the succession of his heir, the Crown Prince, is likely to be a traumatic period for the kingdom.

This may be why the market was so sanguine back in May 2014 when the tanks rolled back in for that twelfth coup. Knowing the watershed moment of the end of the King’s reign was somewhere on the horizon, perhaps the security and certainties provided by a military junta were viewed as preferable to the instability of a less than fully functional democracy.

Certainly the Stock Exchange of Thailand (SET) Index barely paused for the coup. Having risen 15 per cent in local currency terms from the start of 2014 to the beginning of May prior to the military takeover, it rose by another 12 per cent by the end of November. Even the frequently volatile Thai baht moved surprisingly little relative to the US dollar over the course of that year. While it has hardly been plain sailing for the Thai market since then, there is little to suggest the domestic economy would have been any less buffeted by external macro forces under a democratic government.

When the King’s reign does end, royal precedent indicates there will be a prolonged period of national mourning. It may well be the case that banks and the stock market will be closed for a few days. However, the period of mourning will probably continue for three months, during which there will be a natural reluctance to launch new businesses or commercial ventures. With private investment respectfully subdued for such a period, it may fall on the military junta to increase public investment in an effort to maintain growth at the start of the successor’s reign.

The success or failure of any government can only be assessed in the fullness of time, but to give the current regime its due, it has at least proved willing to invest for growth. Whereas the previous civilian government had become paralysed by protests from an opposition movement determined to end former Prime Minister Thaksin Shinawatra’s influence over Thai politics, the military government initiated approval of a number of stalled infrastructure projects in mass transit, dual track railways and motorways. These investments totalled 1.8 trillion baht.

The tentative step towards a stable democracy that the implementation of the new constitution represents is a welcome development. In the meantime, Thailand’s rulers – in whatever garb – will be judged by the markets largely on how their actions impact the economy.  For many investors, the quality of policy is more important than its source.

Ed Wiltshire is a portfolio manager of emerging markets and Asia Pacific equities at Aviva Investors.