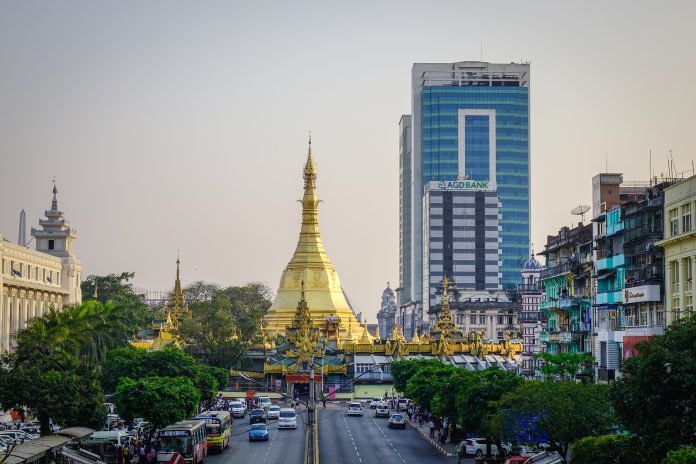 For decades, Myanmar has been a largely inaccessible destination for foreign investors. This is due primarily to the lack of a formal trading exchange. US imposed sanctions also cut off the country from world markets for many years. The Yangon Exchange was established in March 2016 with just one listed firm – First Myanmar Investment. Currently, there are 3 more listed stocks trading on the bourse, Myanmar Thilawa SEZ Holdings Public Ltd, Myanmar Citizens Bank Ltd and First Private Bank Ltd. There are also now six securities companies providing underwriting services on the Yangon Stock Exchange and one settlement bank.

Since trading began a year ago, the exchange has faced a formidable challenge in garnering interest from investors. Daily trading volumes have averaged a mere 13,069 shares at the exchange, and the value of the Myanmar Stock Price Index (MYANPIX index) has dropped 50% since inception. One of the primary reasons for low trading volumes is that foreign investors are not allowed to trade on the exchange. 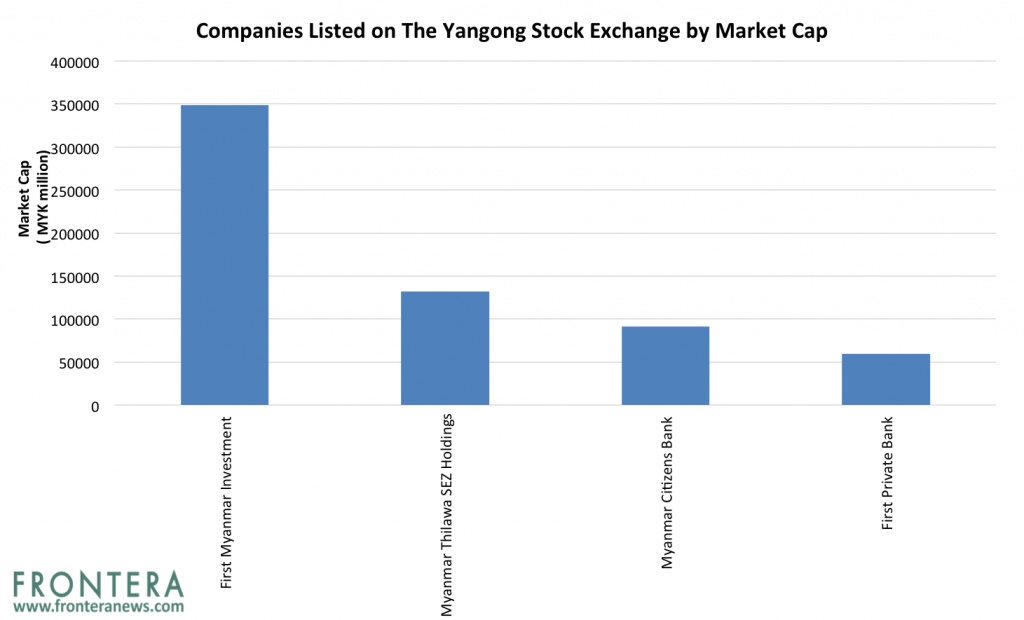 ETFs or mutual funds providing exposure to the country still do not exist. However, investors can create a fund that tracks the Solactive Myanmar Index. The Solactive Myanmar-Focused Asia Index covers companies that currently focus on Myanmar or bordering countries. A total of 15 companies are included and weighted in the index according to market capitalization. In 2017 so far, the index has gained 20.2%. 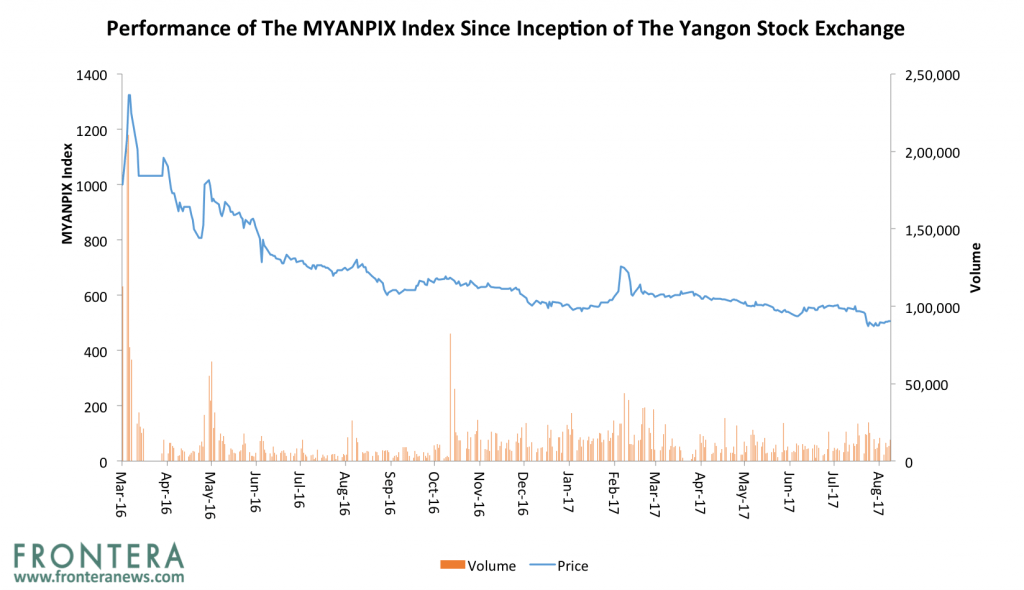 In a move that could change the dynamics of the local market, the Securities and Exchange Commission of Myanmar is preparing to allow foreign investors access to the new Yangon Stock Exchange.

Furthermore, Maung Maung Win, chairman of the Yangon Stock Exchange, mentioned that the country is in the process of amending the Myanmar Companies Act. The new act is expected to be passed this year, and will allow joint venture companies to list on the Yangon Stock Exchange in addition to foreign investors being able to invest directly. This is expected to help improve liquidity in Myanmar’s stock markets substantially.

Foreign investors who buy into Myanmar are exposed to elevated levels of exchange risk, liquidity risk, and political risk.

In a recent interview, co-founder and CEO of Myanmar Strategic Holdings Enrico Cesenni, highlighted that lack of liquidity and transparency are the biggest risks faced by foreign investors when investing in Myanmar. “There are three main risks linked to investing in Myanmar: market risk, limited liquidity and lack of transparency. Being listed gives you a little bit of liquidity. It is not tremendous liquidity when you are young but it gives some liquidity. Finally, there is transparency. Myanmar is a market that has a bad PR in the past so the question is how can you make sure that the people feel confident that you have a good reputation, an independent board and experienced professionals,” he said.

As such, Myanmar based companies have opted for listing their shares on popular stock exchanges in foreign countries to gain better access to funds. However, listing on foreign exchanges means these companies have to meet corporate governance standards that can be a challenge. 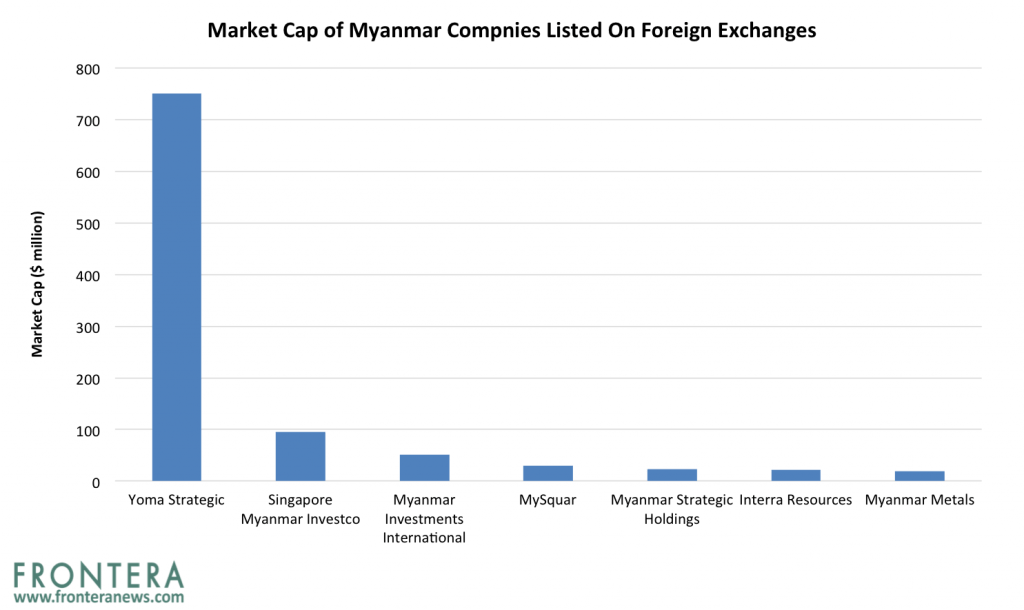 Yoma Strategic, sister company of Myanmar based SPA Group was listed in 2006 on the SGX and generates nearly 99% of its revenues from Myanmar.  The company’s stock is up 56% since its public listing on SGX. Yoma is currently engaged in tourism, real estate and automotive sectors in Myanmar. 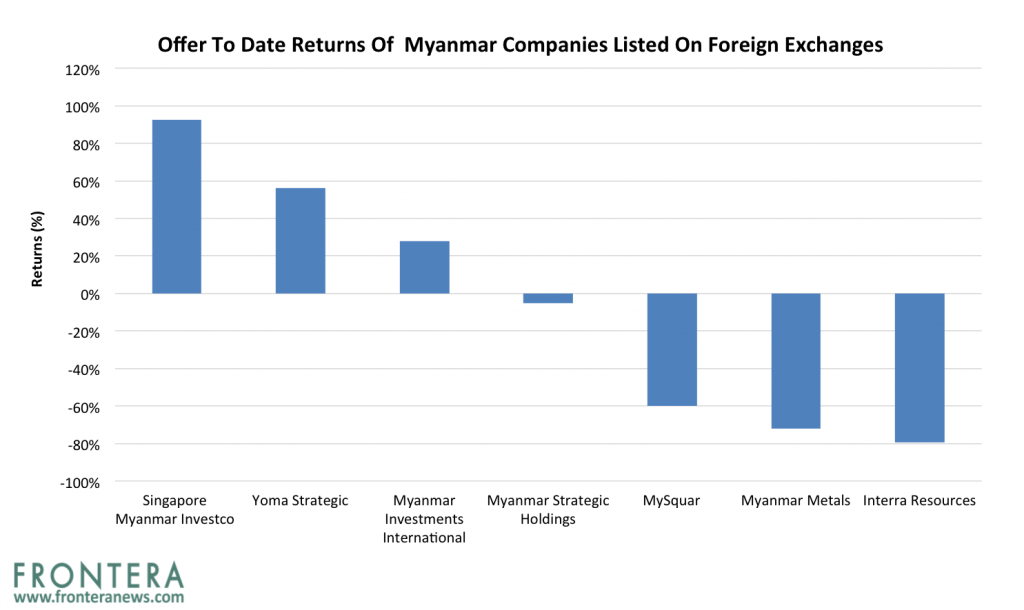 Last year, Yoma Strategic signed an agreement with First Myanmar Investment (FMI), Exemplary Ventures Limited and SHC Capital Asia Limited to spin off its tourism businesses that would be listed as a new entity on the SGX.

Singapore Myanmar Investco, erstwhile Singapore Windsor Holdings Limited, is an investment and management company. The company is involved in the provision of telecommunication towers and related services; rental vehicles, duty-free and retail operations in Myanmar.  The company listed its shares on the Singapore Stock Exchange in April 2006 and the stock is up 93% since then.

Interra Resources was listed on the SGX in 2004, and shares of the company have declined 79% since then. The company is involved in petroleum production, field development and exploration in Myanmar and Indonesia with a current market cap of $22 million, nearly one fourth of its market cap when it listed 13 years ago. Interra Resources has a 60 per cent interest in Goldpetrol Joint Operating Company, which has a 100 per cent interest in the Chauk and Yenangyaung fields in Myanmar. Recently, Interra Resources entered into a 11 year agreement with state-owned Myanmar Oil & Gas Enterprise to extend its oil production activities in Myanmar.

Shares of MySquar (MYSQ.L) have been listed on the London Stock Exchange since July 2015, and have plunged 59% since their listing. The company incorporated in 2013, has a market cap of $29 million. MySQUAR is a Myanmar-language social media, entertainment, and payments platform that provides Internet-based mobile applications. Its principal product is MyCHAT, a chat and social networking application.

Myanmar Metals, a company engaged in extraction of metals in Myanmar, is listed in Australia (MYL.AX) and Germany (3TO.BE). The company has a market cap of $19 million in Australia and is down 72% since its public listing in 2007. 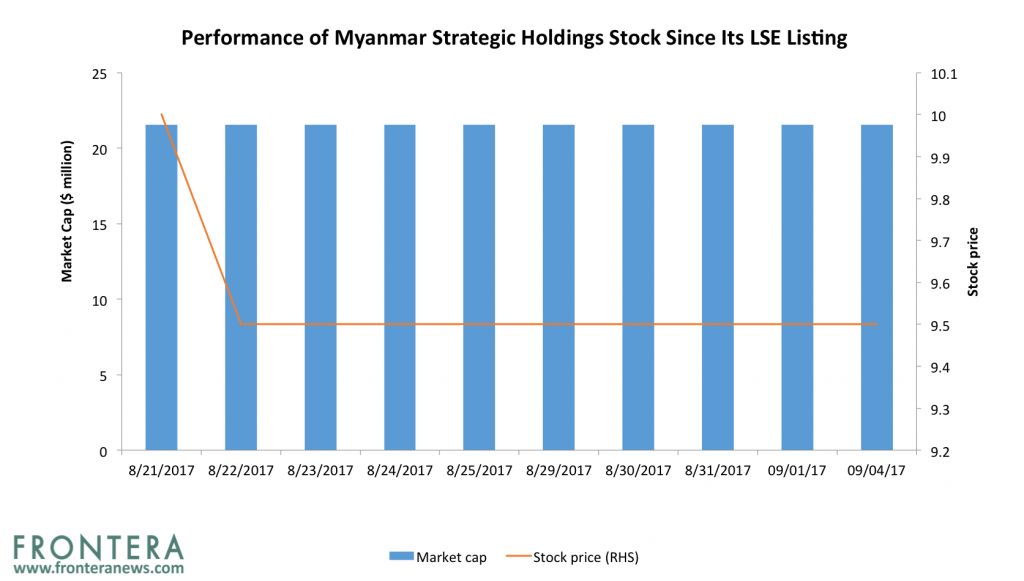 Myanmar Investments International (MIL.L) is currently considering listing on an Asian stock exchange rather than London to gain investor attention and increase liquidity. “We believe that Asian investors are more likely to buy Asian stocks because it is near. Being listed in an Asian market, we believe, will lead to more retail interest and therefore more liquidity,” MIL managing director Aung Htun stated. Myanmar Investments International is currently listed on the London, and Stuttgart (22M.SG) Stock Exchanges. Shares of the company London listed shares have gained 28% since their public listing in 2007.

Myanmar Investments International is engaged in identifying and investing in businesses operating in or maintaining business exposure to Myanmar. The company invests in Myanmar businesses that are listed on foreign stock exchanges but also foreign companies that have a material exposure to Myanmar. The company invests in various sectors, including real estate development, education, logistics, construction, financial, infrastructure development, and exploration and production of natural resources.