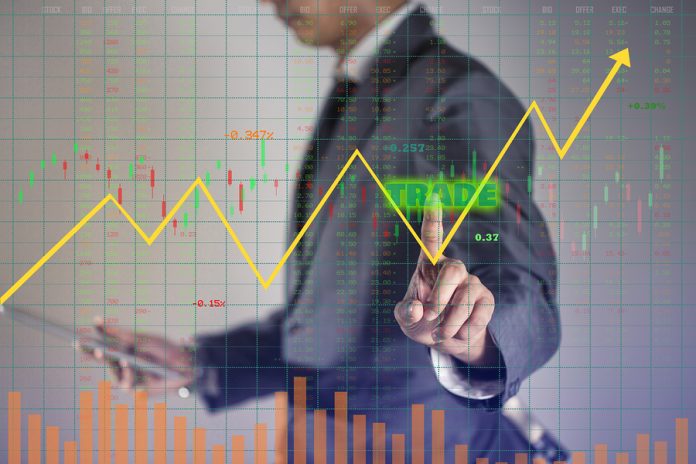 This is post 2 of 2 in the series “Indian Stock Market Barometer: 14 Days Into The GST Reform”

The roll-out of the Goods and Services Tax (or GST) reform proved to be beneficial for a number of sectors in India. The key Indian stock market (EPI) (INDA) (INDY) indices, the NSE Nifty 50 and the BSE Sensex, saw a rise of 7.03% and 6.26%, respectively (as of July 14th close), since the launch of the reform. The top 3 sectors contributing to the Indian stock market’s surge were Banking, Metals, and FMCGs. 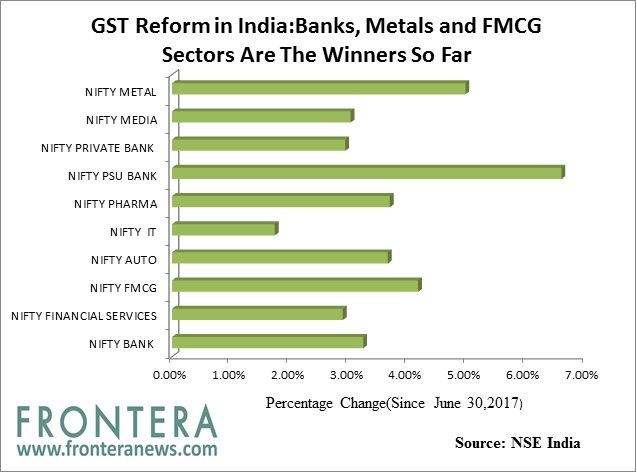 State-owned banks recorded the highest rise at 6.60%, while private sector banks performed decently well gaining 2.94% in the two weeks following the launch of the GST reform. Top gainers amid the banks included State Bank of India (NSE: SBIN), ICICI Bank (IBN), Bank of India (NSE: BANKINDIA) and Oriental Bank of Commerce (NSE: ORIENTBANK) which gained between 5% and 9%, during the same period. Bharat Financial (NSE: BHARATFIN), a key player in India’s financial sector recorded a surge of 10.08%.

Stocks from the metals sector rose by 4.97% on average since the launch of the GST. Top gainers from the sector included Welspun Corp (NSE: WELPCORP) and Vedanta Limited (VEDL) (NSE: VEDL) which gained 9.06% and 7.02%, respectively. The flagship company of Aditya Birla Group, Hindalco Industries (NSE: HINDALCO) recorded a gain of about 7.8% during the period.

Beyond the aforementioned top 3 sectors, certain telecom and consumer durable stocks also recorded noteworthy performances. Telecom players such as Bharti Airtel (NSE: BHARTIARTL) and Idea Cellular (NSE: IDEA), rose by 7.24% and 4.23%. Welspun India (NSE: WELSPUNIND), from the consumer durables sector, surged 9.06%. Key players from the IT sector such as TCS (TTNQY), Infosys (INFY), Wipro (WIT) and HCL Technologies (HCTHY), also showed a surge in their stocks. These stocks were up 6.5%, 4.5% and 3%, respectively.

Within the auto sector, Mahindra and Mahindra (NSE: M&M) and Bajaj Auto (NSE: BAJAJ-AUTO) showed a decline in their performances by 2%-3% while Tata Motors (TTM) gained 4.5% during the two periods following July 1st.

This is post 2 of 2 in the series “Indian Stock Market Barometer: 14 Days Into The GST Reform”