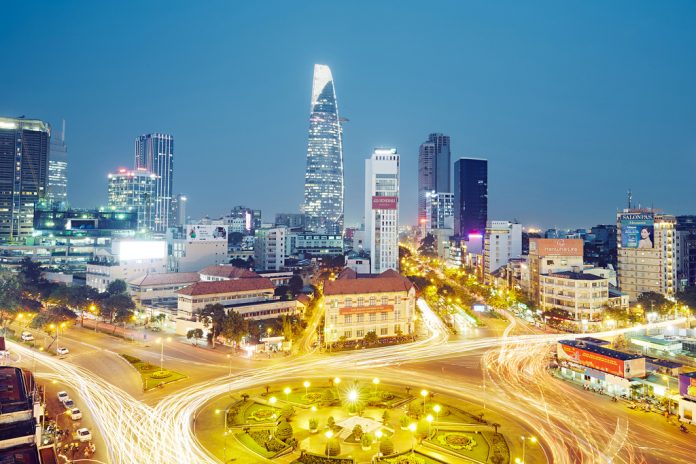 Although market and effective yields dropped by 0.29% and 0.27% respectively, in Hanoi from June to December 2016;  Ho Chi Minh City held firm ground with yields remaining steady.

The underlying confidence in Vietnam’s office market is partly linked to a healthy economic outlook. While many major economies across the world have yet to fully recover from global financial crisis, Vietnam continue to outperform. GDP growth in Vietnam has averaged 6.2% from 2000 until 2016. This has resulted in a ballooning of the employment base, a drastic cut in the unemployment numbers, and exponential rise in wage growth.

The impressive growth has been accompanied by a significant rise in FDI inflow, retail sales, and manufacturing sector output. These factors have all led to an unprecedented rise in the rate of urbanization.

By 2020, around half of the country’s population will live in urban catchments – up from 34% at present. Surging urbanization is having a clear impact on demand for office space.

In Q12017, occupancy in Vietnamese cities continued to soar high in the backdrop of a rise in demand from IT/ ITeS, energy, logistics and financial services. In Ho Chi Minh City, occupancy of Grade A CBD office space stood at 95.6%, a rise of 25 basis points over the previous quarter. In Hanoi, occupancy rates in Q12017 were 88%, a 2.4% increase over the previous quarter. Surprisingly, there are not any new Grade A projects expected to enter in the market during the first half of 2017, which will result in a continued rise in rental rates.