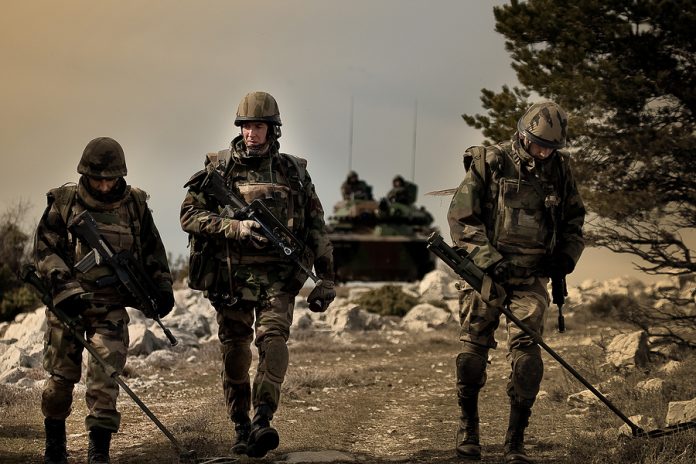 President Donald J. Trump ran for office promising to end the war in Afghanistan – a war he regarded as a “complete waste” since 2011. On 21 August, he announced that the mission in Afghanistan would continue with renewed military strength. With the Taliban seemingly stronger than ever, will Trump succeed where Obama failed?

A spike in Taliban attacks this week has resulted in numerous deaths across Afghanistan. The worst incident involved a new tactic – a double car bombing, using captured U.S. military vehicles, at an Afghan base in Kandahar. Forty-three of the sixty soldiers stationed at the base were killed. Almost identical tactics were used in 17 October attacks on police and government compounds in Gazni and Paktia provinces, killing 70 people.

Deteriorating situation on the ground

Despite enormous efforts to bring an end to the war, the situation on the ground is virtually the opposite of what the U.S. had hoped to accomplish – the transformation of Afghanistan into a democracy with its own competent military. According to the United Nation’s mid-year report, the first half of 2017 has seen 1,662 civilian deaths and 3,581 casualties. The conflict has claimed the lives of 26,512 civilians and injured 48,931 since 2009.

The Obama administration had ramped up military efforts by sending 30,000 additional troops, which ballooned to 100,000, before a drawdown left only 8,4000 U.S. troops in Afghanistan towards the end of Obama’s term. Meanwhile, Afghanistan’s government remained weak and among the most corrupt in the world, ranking 169th out of 176 countries. The Taliban now controls 48 of the country’s 400 administrative areas, including Helmand, the epicentre of the opium trade. Critics of Obama’s strategy highlight similarities to Iraq, where the withdrawal of American troops culminated in a power vacuum.

In February this year, General John Nicholson, the commander of U.S. forces in Afghanistan, testified before the Committee on Armed Services, that the conflict in Afghanistan had reached a stalemate and asked for an increase in troops. Following months of silence from the White House, President Trump terminated the Obama’s administration’s plan of rapid withdrawal in a nationally televised speech to troops at Fort Myer, Va, and announced increased military spending, more autonomy for the military and an active involvement of both Pakistan and India in the fight against terrorism. However, the overarching goal remained similar to that of his predecessor: reconciliation between the Afghan government and representatives of the Taliban.

The Trump administration’s new strategy rests on three pillars: abandoning timetables in favour for a conditions-based approach, an increase of troops and more military autonomy by integrating diplomatic and economic efforts into the mission, and a revised regional approach directed towards Pakistan and India. James N. Mattis, Secretary of Defense, presented the strategy to the Committee on Armed Services on 3 October, as the “R4+S” – regionalize, realign, reinforce, reconcile, and sustain.

As laid out in the Committee records, Trump regards Obama’s time-based approach as “counterproductive” and will instead focus on conditions on the ground – but without specifying what these conditions will entail. The military will have more autonomy. Commanders had lamented the restrictions on US offensive operations in Afghanistan during the Obama administration. Yet greater autonomy also leaves greater room for error, civilian casualties, and even less support for the U.S. presence.

The Trump administration will move away from the concept of nation building and aims to redirect responsibility to the people of Afghanistan. A stabilised Afghanistan will be “achieved through Afghan-led, Afghan-owned peace process”, as Mattis noted during the Committee hearing. The role of the United States is restricted to “killing terrorists”. But this seems willfully naive, when the insurgency in Afghanistan is particularly challenging precisely for the lack of clear demarcation between the “terrorists”, militants, and civilians. It’s hard to see how this approach will yield any better results than the previous one.

Both Pakistan and India are of vital importance to the Trump administration’s strategy with regards to holding both countries accountable of their actions. The new administration aims to put more pressure on Pakistan, which it accuses of having turned into a sanctuary for Islamic groups, such as the Haqqani network in western Pakistan.

Trump’s threats to cut financial aid for Pakistan should be read in the context of an ongoing economic partnership with Beijing for the development of the China-Pakistan economic corridor. The Trump administration’s new strategy attributes a greater role to India. However, India is already instrumental in providing humanitarian aid. Delhi pledged $1 billion in aid to Kabul and built more than 2,500 miles of road in Afghanistan.

Finally, although Trump highlights the importance of economic and diplomatic efforts, his strategy leaves little room for both, not least on the backdrop of cuts to the State Department.

Friederike Andres is an analyst at Global Risk Insights. As originally appears at: http://globalriskinsights.com/2017/10/trump-afghanistan-strategy-first-test/