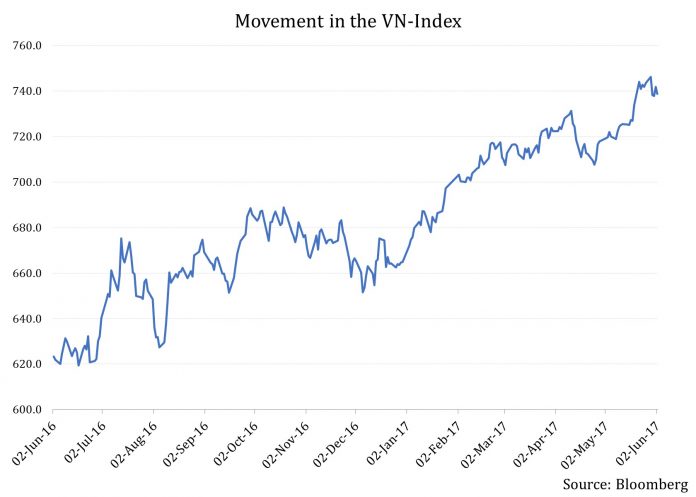 The stock market in Vietnam has been steadily rising, as seen from the graph below, which plots the movement of the Vietnam Ho Chi Minh Stock Index, or the VN-Index. Its macroeconomic fundamentals are steady and it remains one of the fastest growing economies in the world.

Though there are some issues that the country faces (detailed in the second article of this series), the positives are numerous enough for the country to begin taking steps towards its eventual upgrade from frontier to emerging market. 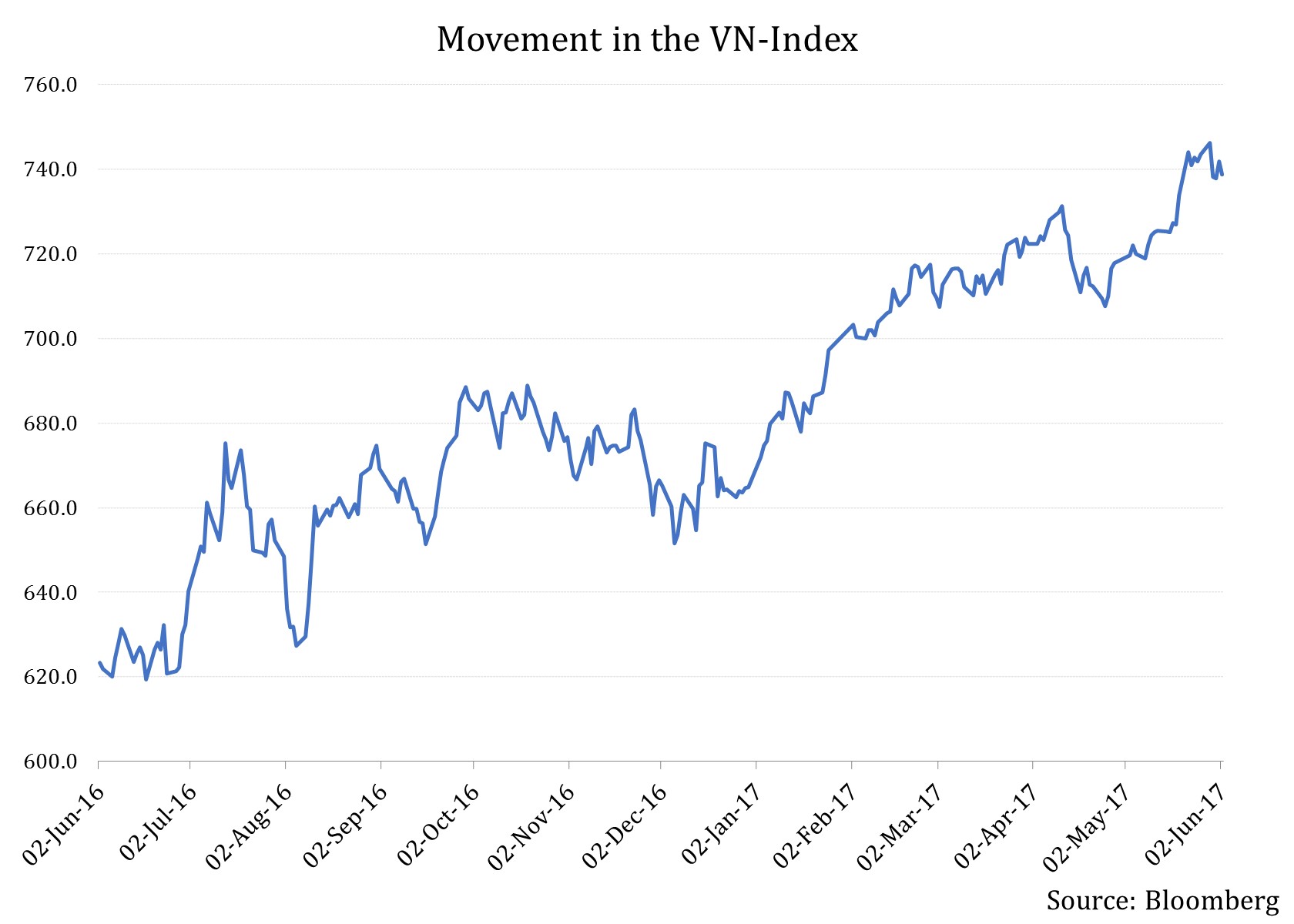 At present, Vietnamese equities form a little under one tenth of both the iShares MSCI Frontier 100 ETF (FM) and the Guggenheim Frontier Markets ETF (FRN).

Index provider MSCI requires at least three companies of a potential emerging market stock exchange to have a market value of at least $1.26 billion. For a frontier market, the requirement is to have 2 companies with market value of at least $630 million. Among other criteria, an emerging market needs to have ‘significant’ ease of capital flows outflows and inflows, as well as openness to foreign ownership.

Vietnam has been making advances in easing capital flows, in addition to increasing exports, which should help local companies grow to the required market value requirement. So is there a timeframe that we can look toward in terms of a possible upgrade?

Timeline for a possible upgrade

Kevin Snowball, the CEO and CIO of PXP Vietnam Asset Management, while speaking to Bloomberg, believes that the earliest Vietnam could be included in the MSCI Emerging Markets Index is 2019. He expects the country to be added to the ‘watchlist’ for inclusion given the reforms it has undertaken.

But even if this happens in 2017, the country will need to spend at least one year on the ‘watchlist’ before it is considered for eventual inclusion. Then, if found all criteria is found to be qualifying, it will take another year for stocks from the country to be upgraded.

Even with all the progress Vietnam has made, it looks as though it will be some time before it is considered for an upgrade. Other countries, including Argentina, are already waiting in the wings for an upgrade to emerging status, and are expected to move before Vietnam.