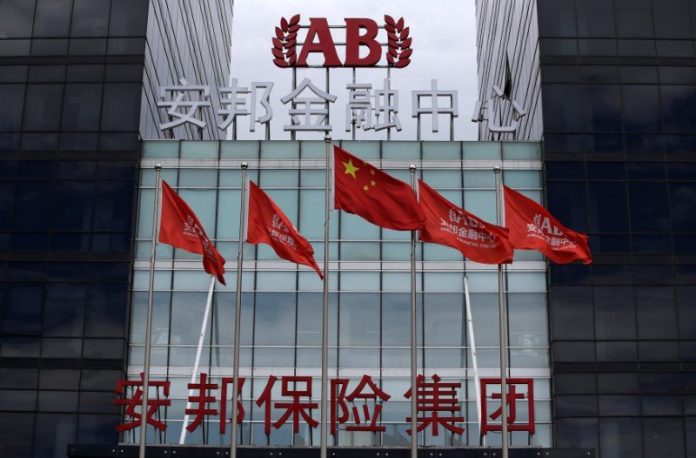 The Chinese conglomerate Anbang Insurance Group (SSE: 1083236D) is currently being targeted by Chinese authorities as they continue to attack corruption and financial risk in the system. Anbang’s chairman, Wu Xiaohui, was detained by the police in China on June 9th. The detention is a part of a regulatory crackdown by the China Banking Regulatory Commission (CBRC) on shadow banking products and interbank lending in China. The regulator’s crackdown includes a campaign against dubious wealth management products issued by banks and insurance companies in China (FXI) (YINN). The company, the largest issuer of wealth management products in China (FXP) (CHAD), is currently under tough scrutiny by the authorities.

Anbang in the crosshairs of the Chinese regulator

Anbang’s foreign asset purchases are also, therefore, currently in the crosshairs of the Chinese regulator. The Chinese conglomerate has almost $300 billion in assets and is heavily invested in real estate overseas. It is well known for its boutique of overseas luxury hotels, including the Waldorf-Astoria in the US (VNQ) (IYR). Such property and ownerships are also subject to any possible repercussions of the crackdown.

Here’s a snapshot view of the top properties held by the company overseas. 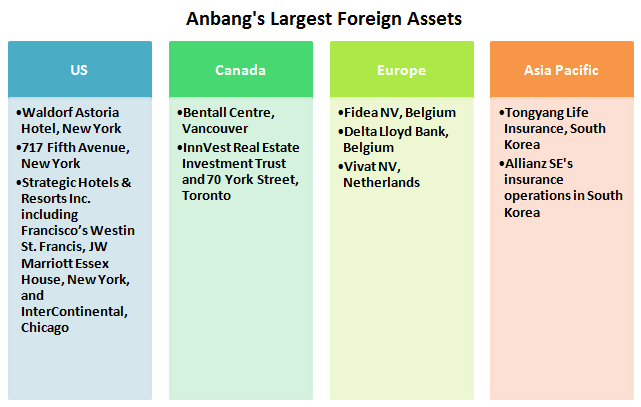 The most recent investment from the above is the acquisition of Strategic Hotels & Resorts (BEE) by Anbang last year. The company spent about $6.5 billion on the purchase of this luxury hotels chain from the Blackstone Group (BX) in the US. The deal also made Anbang the owner of marquee assets such as the Westin in San Francisco, the JW Marriott Essex House in New York, and the InterContinental Chicago. The acquisition added sparkle to Anbang’s shiny US property portfolio which already included the Waldorf Astoria Hotel in New York (a property purchased in February 2015 for $1.95 billion), and 717 Fifth Avenue, New York, which serves as Anbang’s US headquarters.

With the Anbang Group’s (SSE: 1083236D) balance sheets currently under the CBRC’s probe, these overseas assets of the insurance group, stand a chance to be impacted. Any strict directive from the authorities leading to the offloading of assets by Anbang may send the company looking for buyers. This could impact the valuations of both Anbang Group as well as the foreign assets in question.

While Anbang’s overseas assets definitely fall under the radar when it comes to the CBRC’s credit and risk analysis procedures, there are also other, Anbang-linked stocks — domestic companies which Anbang holds a substantial stake in, that would fall under the same purview. The next part of this series takes a look at the five key stocks in this context.