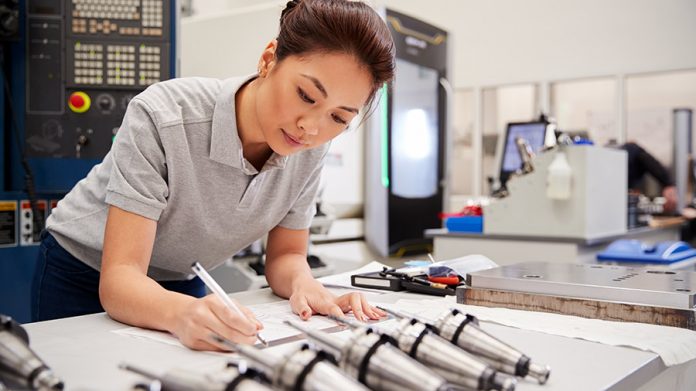 Made in China 2025 seeks to engineer a shift for China from being a low-end manufacturer to becoming a high-end producer of goods. The goal is to tap into China’s increasingly wealthy home consumer base as well as the value-added global sourcing segment.

This has required transitioning the country’s existing manufacturing infrastructure and labor market towards producing more specialized output – with targeted investments in research and development (R&D) and an emphasis on technological innovation.

To centralize this vision, the government’s Ministry of Industry and Information Technology released a Made in China (MIC) 2025 document in 2015 – pushing for leadership in robotics, information technology, and clean energy, among other sectors.

The program has since become a bone of contention for US President Trump’s administration, and has partly been responsible for the trade war between the US and China.

Why is Made in China 2025 controversial?

Understanding why this particular plan is controversial helps put the US’ fears into perspective.

China’s previous plans also pushed for greater investments in hi-tech manufacturing. Yet, with Made in China 2025, the difference seems to be the plan’s intent to gain know-how, with expansive state support, both direct and indirect.

Among its various goals, the MIC 2025 sought to raise the domestic content of core components and materials to 40 percent by 2020 and 70 percent by 2025. The plan explicitly referred to how much of China’s technology market could be controlled by Chinese companies and how many component parts in different products needed to be ‘Made in China’.

The end goal of the MIC 2025 being self-sufficiency for domestic companies would then enable Chinese companies to compete for a greater foothold in global markets.

Many foreign businesspeople in China have seen the effort to make domestic companies self-sufficient as creating an unfair playing field in the Chinese market, which would then have a knock-on effect in other markets as Chinese companies expand abroad.

US backlash, dialing down on MIC 2025

Since launching his trade war with China, Trump and his team, backed by the US Congress, have repeatedly claimed forced technology transfers by China (as a price for its market access) is at the crux of its ambitious MIC 2025 plans.

In addition, China’s subsidies and financing for state-owned or favored enterprises continue to be seen as creating an uneven playing field for foreign investors and the private sector.

Under sustained pressure from heightened tariffs, and an ‘all bets are off’ US attitude, which has also emboldened European critics, China may have finally begun to address these fears.

A few weeks into the trade war truce, reached at the G20 Summit in early December, China’s senior policymakers appear to be signaling a change to the country’s manufacturing blueprint.

Senior policymakers quoted in the media suggest that the Made in China 2025 program could now be replaced with a new draft vision. According to media reports, the new vision will encourage foreign investment and will drop previous market share targets that envisaged domination by Chinese companies.

Further, in meetings leading up to the annual Central Economic Work Conference on December 25-26, various policy advisers made public statements calling for greater fiscal control by individual ministries and local government units under the MIC 2025 plan.

Will China re-brand its industrial ambitions?

A revamp of the MIC 2025 industrial program could easily be branded as supplementary to China’s ongoing structural reforms. Made in China 2025 goals could be diluted to reflect key concessions to the US and other Western critics. The timeline of the program could also be pushed back.

None of this would, however, mean that China will abandon its quest to develop advanced technology. Reducing its reliance on Western know-how makes as much economic sense as strategic.

At the same time, new industrial goals may be set more discreetly – by pushing for sector- and region-specific policies to attract investments and innovators. A more piecemeal approach appears likely, particularly as some media reports suggest a similar strategy has been put in place for China’s mega-city cluster plan.

It is being reported that Beijing will most likely announce fair competition norms for state-owned, private, and foreign enterprises based on the market-oriented concept of ‘competitive neutrality’ to provide a level playing field to all participants.

This would allow China to reform policies that attracted too much criticism while strengthening its domestic capabilities. A pivot can also protect China from any further punitive measures from the US or international economic isolation.

Foreign investors planning to enter China over the next one to two years should read these developments together.