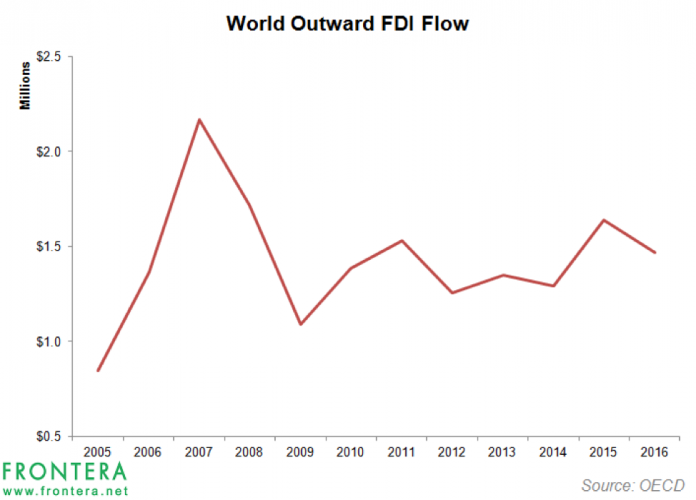 This is post 3 of 4 in the series “In Conversation With Dhaka Stock Exchange: Insights On The Bangladesh’s Publicly Listed Companies”

Cross border investment flows have rebounded well post the financial crisis. From about $1.09 million in 2009, outward FDI (foreign direct investment) flows had reached a $1.47 million in 2016, according to data from OECD. Foreign investment has now come to play a key role for any economy’s capital market. However, when it comes to Bangladesh, the share of cross border capital into its stock market still remains dismal. 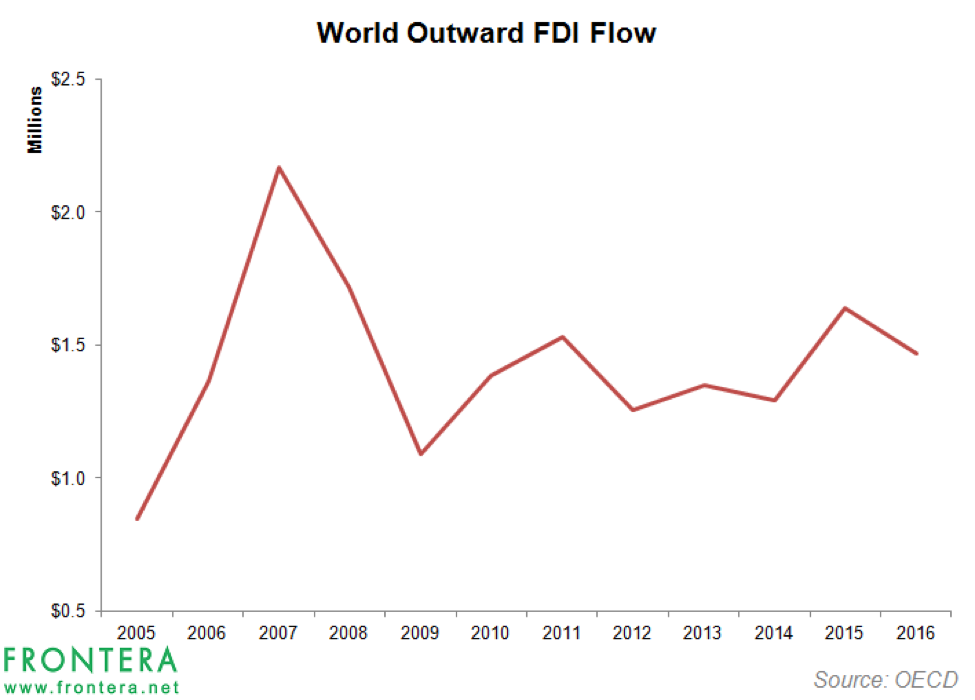 In a recent conversation with Frontera, Majedur Rahman, Managing Director of the Dhaka Stock Exchange said that foreign investment currently constitutes just 5-6% of the Bangladeshi capital market on a daily turnover basis. However, this is an improved figure over the less than 1% share that foreign money commanded at the DSE prior to 2013. A good part of this growth has been witnessed over the past one year.

Further privatization would be a boon for investment

Thomas Hugger, chief executive officer and founder of Hong Kong-based Asia Frontier Capital (AFC) believes that one of the reasons why foreign stakes in the Bangladeshi capital market remain low is because they “are not allowed to participate in the local IPOs (there are lotteries and if you manage to get shares the yields are substantial as pricing is normally too cheap).” Hugger further suggested, “Bangladesh should privatize some of its state holdings to local and foreign investors.”

Hugger highlighted bureaucracy and a cumbersome IPO process, as reasons for the limited interest to date amongst local companies to publicly list on the Bangladeshi market.

A Decade of change

James Bannan, Frontier Markets Fund manager at Coeli Asset Management, sees massive improvement in terms of foreign representation in the Bangladeshi capital market. “When we started investing 10 years ago, foreigners were less than 2% of the market, and there was basically no sell side coverage and there was no data on Bloomberg.  From there to where we are today has been a massive improvement,” Bannan told Frontera.

Bannan highlighted stronger governance, improved transparency, and better corporate access as the key requirements towards increasing Bangladesh’s appeal to a broader investor base.

Bangladesh also scores low on the Buffett Indicator. Part 4 of this series sheds light on this.

This is post 3 of 4 in the series “In Conversation With Dhaka Stock Exchange: Insights On The Bangladesh’s Publicly Listed Companies”