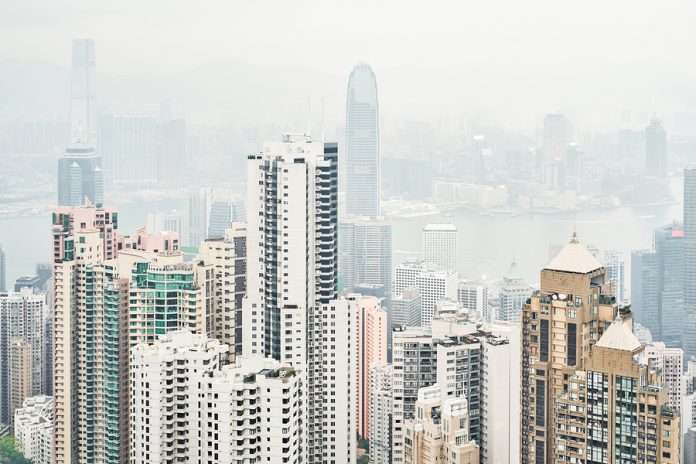 This is post 1 of 3 in the series “Sunac China- Dalian Wanda Deal; Good for the Stock but What About Leverage?”

Market opinion holds that Chinese conglomerate investors such as Anbang Insurance Group (SSE: 1083236D), Dalian Wanda Group (DWNDF) (SSE: 0489737D), HNA Group (SSE: HNAGRZ), and Fosun International Group (FOSUF) (SSE: 038547D) may soon have to engage in asset sales as they begin to reach the limits of their debt-fueled acquisition binges. The expectation is based on the CBRC’s (China Banking Regulatory Commission) crackdown on Chinese companies (FXI) (YINN) holding significant portfolios of foreign assets.  The financial watchdog believes that some of China’s largest and most indebted companies may pose a systemic risk to the financial health of the broader economy of China (FXP) (CHAD). 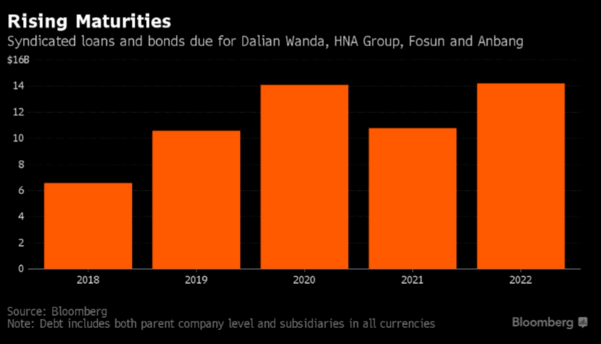 The CBRC is keeping a close watch

Recent instances of detention of Chinese billionaires such as Xiao Jianhua, who controls Tomorrow Group, and Wu Xiaohui, chairman of the Anbang Insurance Group (SSE: 1083236D), are examples bolstering the belief that Chinese tycoons, as well as their assets, are currently under increasing surveillance of China’s financial regulator. The CBRC is particularly concerned about the issuance of dubious insurance and wealth management products by some of these firms, along with their rising debt burden and maturities.

The aggregate amount of syndicated loans and bonds issued by these companies that are scheduled to become due over the next few years is expected to rise significantly (see chart above). Considering stringent cash positions and few liquid assets at their disposal, many of these companies may have to resort to asset sales in order to honor their upcoming debt repayments.

While the likes of Anbang, Dalian Wanda, HNA, and Fosun engage in the sale of assets, billionaire Sun Hongbin-owned Sunac China Holdings Ltd. (HKEX: 1918) seems to have an eye out for buying opportunities. Sunac China Holdings, a real estate developer, has agreed to buy Dalian Wanda Group’s (DWNDF) tourism projects and hotels for a sum of $9.3 billion, the second-biggest real estate deal ever in China. The next article in this series takes a closer look at Sunac China’s current and proposed positioning.

This is post 1 of 3 in the series “Sunac China- Dalian Wanda Deal; Good for the Stock but What About Leverage?”