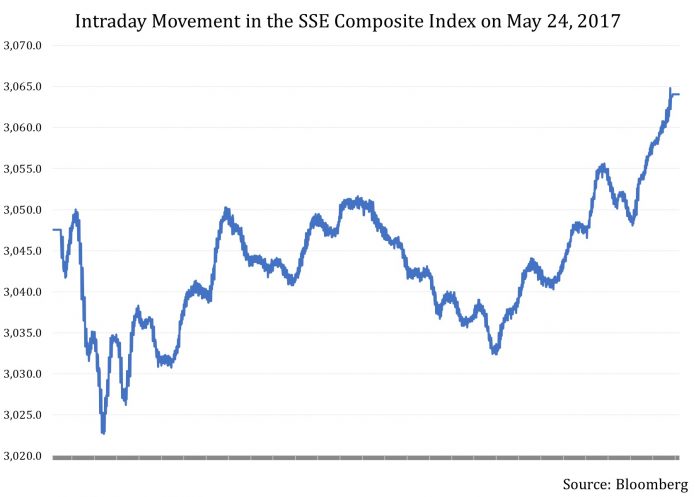 China (MCHI) has had a lot in motion on the domestic and global front of late. It has been busy holding meetings under the One Belt, One Road (OBOR) initiative. It continues to make the transition towards growth from within, and is quite occupied on the political front due to the situation in North Korea.

However, on the financial markets front, things have been worsening.

It has been waiting in anticipation for several years for its A-shares to be included in the MSCI Emerging Markets Index. The index provider, earlier in the year, had provided a toned down proposal for inclusion of those stocks, and the road ahead does not appear easy as seen in the previous article.

Its deleveraging process has punished its bonds, and resulted in an inverted yield curve – an aspect we’ll look at in detail in the next article.

At such a time, a sovereign credit rating downgrade is seemingly the last thing a country would need. For China, it has happened. 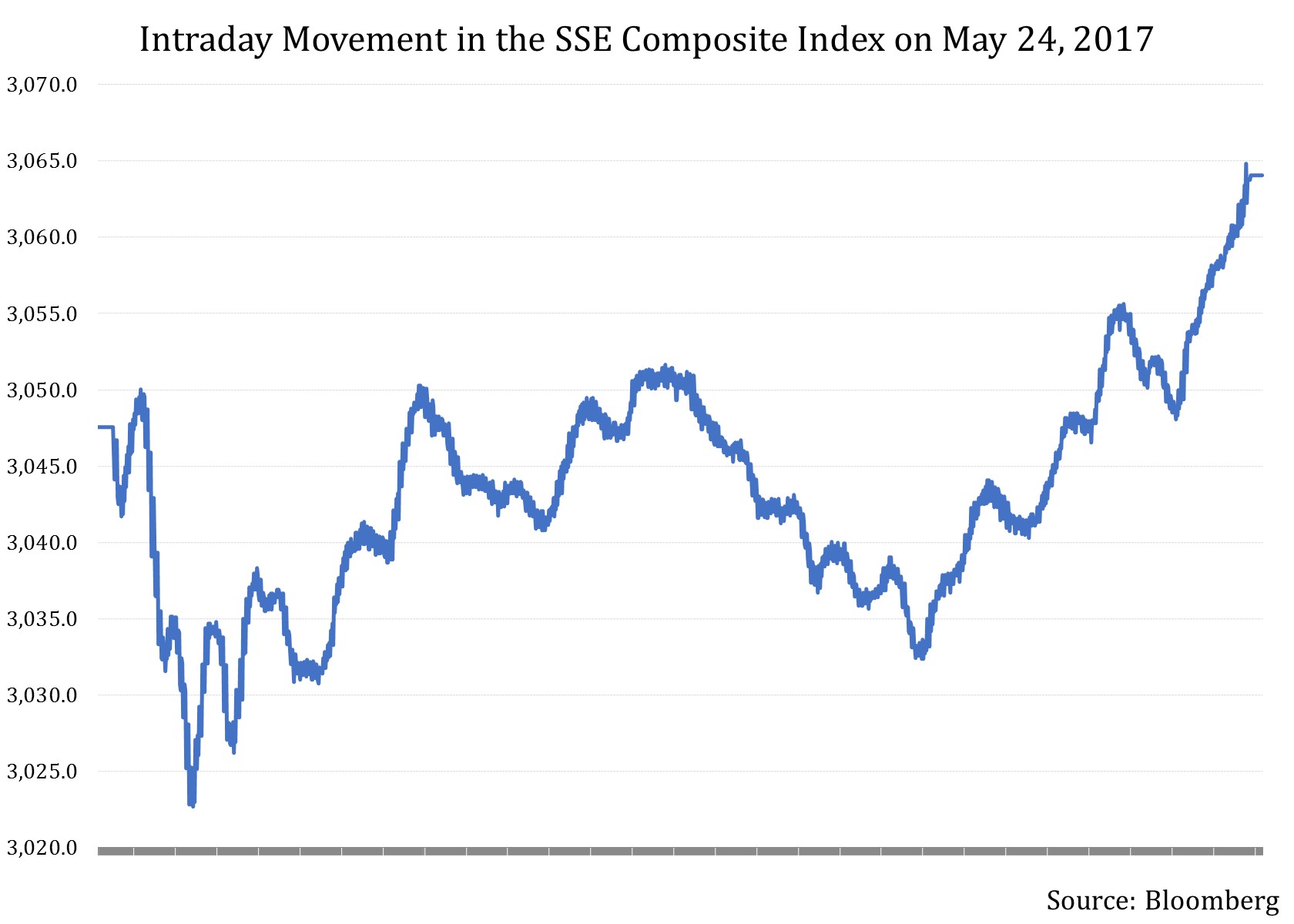 Ratings major Moody’s Investors Service has slashed China’s sovereign rating from Aa3 to A1 – the first downgrade in over 25 years (the last being in November 1989) – placing it on par with Japan, Saudi Arabia, and Israel.

The reaction to a ratings change is usually one of the two:

For China, it’s seemingly more along the lines of indifference.

Why is the downgrade inconsequential?

Regardless of which financial market you look towards, including the reaction of equities in the graph above, there does not seem to be much of a response to the downgrade. Some of it can be attributed to the fact that a portion of market participants had expected a downgrade since Moody’s already had China on negative watch.

But more broadly, it has to do with the fact that China’s financial markets are dominated by domestic investors who rarely seem to agree with the views of foreign rating agencies. They have their own agencies which, unsurprisingly, hold China in high esteem when it comes to its ratings profile.

Also, authorities watch developments in financial markets closely. And it is not uncommon for them to intervene to ‘stabilize’ markets if indicators move below certain levels or behave in an unruly manner.

What could have created a more visible and sustained impact would have been Moody’s slashing the rating along with a ‘negative’ outlook instead of the ‘stable’ that it has been accorded.

Hence, as far as financial markets are concerned, China has brushed aside the downgrade and has already moved on.

Speaking of markets, though China marches ahead, its bond prices are taking a beating. Let’s take a closer look at the country’s debt instruments in the next article.