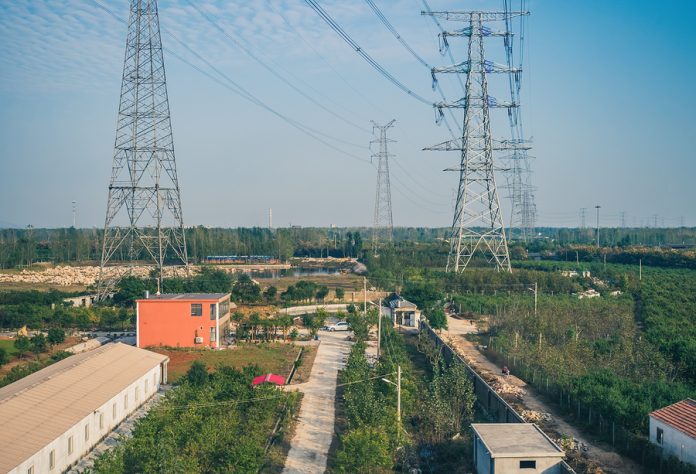 While democracies usually struggle to get anything decided and done, autocracies seem unencumbered. As Samuel Huntington famously declared, “The one thing that communist governments can do is govern; they do provide effective authority.”

Hence, it’s logical to assume that in China, as soon as the authoritarian leadership sets its mind on certain goals, the goals will be met in due time. Beijing needs only to change the targets it assigns to local officials throughout the country. Once targets change, so will the priorities and actions of the local governments, right?

Wrong. Even in a top-down command system, things are in fact not so simple.

Undoubtedly, China seems to have emerged as a key global leader in fighting climate change. After President Trump announced his decision to withdraw from the Paris Agreement, Premier Li Keqiang reiterated that “China will stand by its responsibilities on climate change.”

The top Chinese leadership is serious about tackling climate change. The latest Five-Year Plan, which guides social and economic development from 2016 and 2020, places environmental stewardship at the center-stage. The plan has set many ambitious targets, including reduction of carbon intensity (carbon dioxide emissions per unit of GDP) by 15% and energy intensity by 20% by 2020, improvement of air quality in hundreds of cities, and more.

Will these targets get implemented? This is where local and bureaucratic politics comes in, even in an ostensibly centralized state like China.

In the Chinese political system, local officials are evaluated according to targets set by the next higher level of government. Each target is assigned points, adding up to a total of 100. Local leaders’ career prospects and bonuses are tied to their ability to meet annual targets.

Traditionally, economic targets were given the top priority and concretely measured in terms of GDP and revenue growth. Not surprisingly, economic targets accounted for the majority of points for evaluation. Hence, they were dubbed “hard targets.” By contrast, lesser social goals like forest conservation were “soft targets.” This design of targets largely explains local officials’ single-minded pursuit of rapid growth, even at huge social costs.

If Beijing wants local officials to pay more attention to climate change mitigation, it seems logical that it should decrease the weight of growth targets and elevate that of environmental targets. As Stephen Green, head of China research at Standard Chartered Bank stated, “China’s pollution problem can be solved only if measurable environmental targets are prioritized.” This opinion is widely echoed in academic literature as well. One study concluded that “explicitly rewarding cadres with promotions for improving environmental conditions” is the way to go.

These policy recommendations would make complete sense if local officials were only given a small number of targets. In this scenario, adding environmental targets would tip the scales and force them to reevaluate their priorities.

The problem, however, is that China’s officials today are over-loaded with numerous targets. In my book, How China Escaped the Poverty Trap, I provide a detailed comparison of targets assigned in the 1990s and 2009. This comparison shows a stark pattern of “mission creep.”

For instance, in 1989, township leaders were only assigned six targets, with economic targets taking up the lion’s share of evaluation points, all packed into one page. By 2009, the list of targets has ballooned to five pages (see figure below, from pp. 118-122 of my book). Environmental targets were included, but so were targets on education, hygiene, public order, birth control, petitions, party-building, and you-name-it. Altogether, there were 112 detailed targets. Further, there was an additional list of 27 “penalty” items that do not add points but failure to meet them will result in penalties.

Environment-related targets were assigned 3 points. Higher-level governments could marginally increase their weight, but they cannot dramatically raise it, say to 30 points. Bear in mind that there are 111 other targets for which points must be assigned, and economic goals must continue fetch the highest priority. Even if the number of points on environmental targets were increased, local officials must still attend to numerous other tasks, despite limited resources and time.

Moreover, it is nearly impossible to fairly assign credit and blame for environmental targets such as air quality, which is now a mandatory target in many cities. Unlike industrial output, air quality is affected by spillovers from surrounding locations, which local officials cannot directly control.

Worse, when over-pressured by targets that cannot feasibly all be met, local officials may resort to extreme, deceptive measures. Recently, officials from a district-level environmental protection bureau in Shanxi province were indicted for tampering with devices that measured air quality. Some cities imposed periodic blackouts in order to meet targets on reducing energy consumption.

Classic theories of public administration are not universal. They’re almost exclusively focused on capitalist democracies. In democracies, accountability is primarily achieved through elections. Politicians who fail to meet their constituents’ goals may be voted out of office.

In China’s authoritarian system, there are no elections. Instead, targets provide the accountability mechanism; they signal what the goals of appointed officials should be. But when there are many targets and every target is important, the system loses its signaling function.

Targets are as politically fundamental to autocracies as elections are to democracies. Yet our understanding of how targets are designed and function in practice is only a small fraction of our abundant research on elections.

Beijing’s policy wand is powerful. But making new policies will not magically fix China’s environment. Both students of public administration and climate change must look into the practical challenges of implementing the central government’s goals in China.

Yuen Yuen Ang is Assistant Professor of Political Science at the University of Michigan.