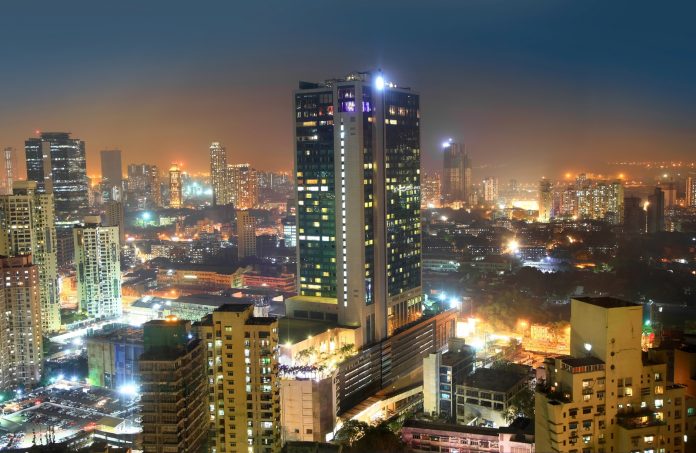 During the 2015 financial year (FY), Italian companies invested US$334.7 million into India. In the first half of the 2016FY – according to India’s Department of Industrial Policy and Promotion (DIPP) – Italian investments into India already reached US$319.6 million.

Indeed, cumulative Italian investment into India is set to reach US$2 billion by 2020.

Since 2014, India’s Prime Minister Narendra Modi has promoted India as an investment destination and global hub for manufacturing, design, and innovation. 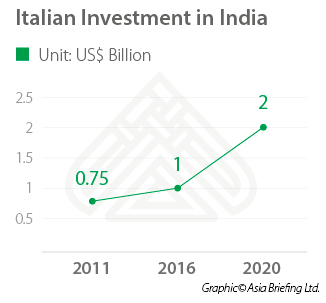 India is streamlining bureaucracy and eliminating regulatory bottlenecks, appealing to foreign investors who are impressed with India’s rapid growth but weary of the country’s notorious red tape. In the last three years, the Indian government has eased 87 rules governing foreign direct investment (FDI) across 21 sectors including traditionally conservative sectors such as railway infrastructure and defense.

These reforms are paying off.

In the 2016FY India reported US$62.3 billion in FDI inflow – retaining its ‘crown’ as the top location for greenfield investment for the second consecutive year. In October, 2017, the World Bank ranked India at 100 in its Ease of Doing Business global rankings, a commendable improvement from its 130 ranking in 2016.

According to the Italian Embassy in India, there are approximately 600 Italian companies currently operating in the country. To put this figure in perspective, 1,500 German companies and 750 French companies are also active in India.

The highest FDI inflows from Italy to India sector wise include:

Traditionally, Italian companies have gravitated towards India’s major cities such as Delhi and Mumbai. But, with rapid urban growth, Italian manufacturers are identifying India’s growing tier II cities as strategic sites for doing business. These smaller cities offer competitive labor and real estate prices and are making dramatic improvements in connectivity and infrastructure.

For instance, Bonfiglioli, an Italian manufacturer of gearboxes and gear motors, will be investing US$13 million by February 2018 in order to expand their existing manufacturing plants near the southern city of Chennai as well as to establish a new facility in the western city of Pune.

Manufacturing in India’s tier II cities not only provides foreign companies with more direct access to India’s domestic market but serves as an export base to neighboring Asian countries. 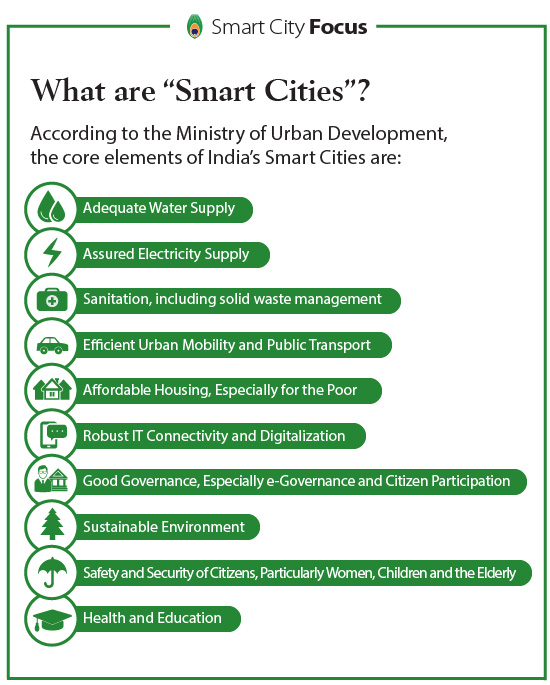 By investing in India’s planned urban growth, Italian companies are simultaneously improving their own opportunities in urban centers where they operate. Improving connectivity and infrastructure in tier II cities will increase the productivity of Italian manufactures while making their products more mobile.

As Indian cities continue to grow, Italian investors can both shape and harness this momentum – expanding their presence not just in India but in nearby Asian markets.