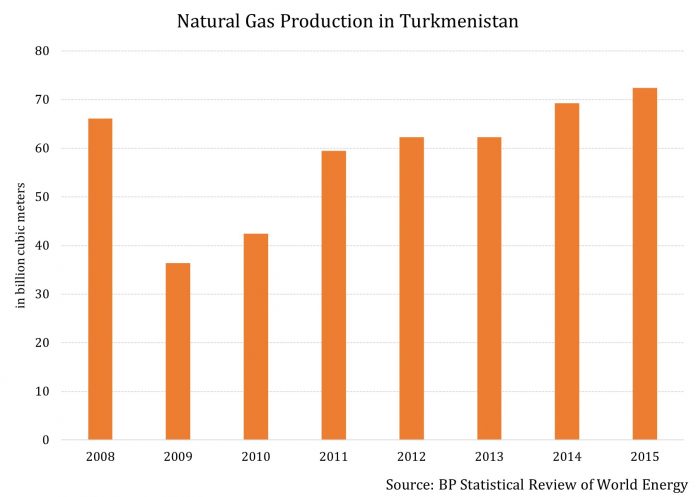 The sole buyer of gas

With Russia and Iran going out of the picture as gas purchasers, Turkmenistan is left with only one buyer of the resource – China. The Asian major started importing natural gas from Turkmenistan in 2010 via a pipeline passing through Uzbekistan and Kazakhstan.

At present, Turkmenistan supplies gas to China via three pipelines – A, B and C. While line A and B have a combined capacity of 30 billion cubic meters (bcm) per year, line C can supply gas amounting to 25 bcm. According to Bruce Pannier from Radio Free Europe/Radio Liberty, neither of these three pipelines have as yet reached their full capacity.

Meanwhile, Turkmenistan had plans to push natural gas exports far beyond this cap of 55 bcm to China. However, they hit a major snag. 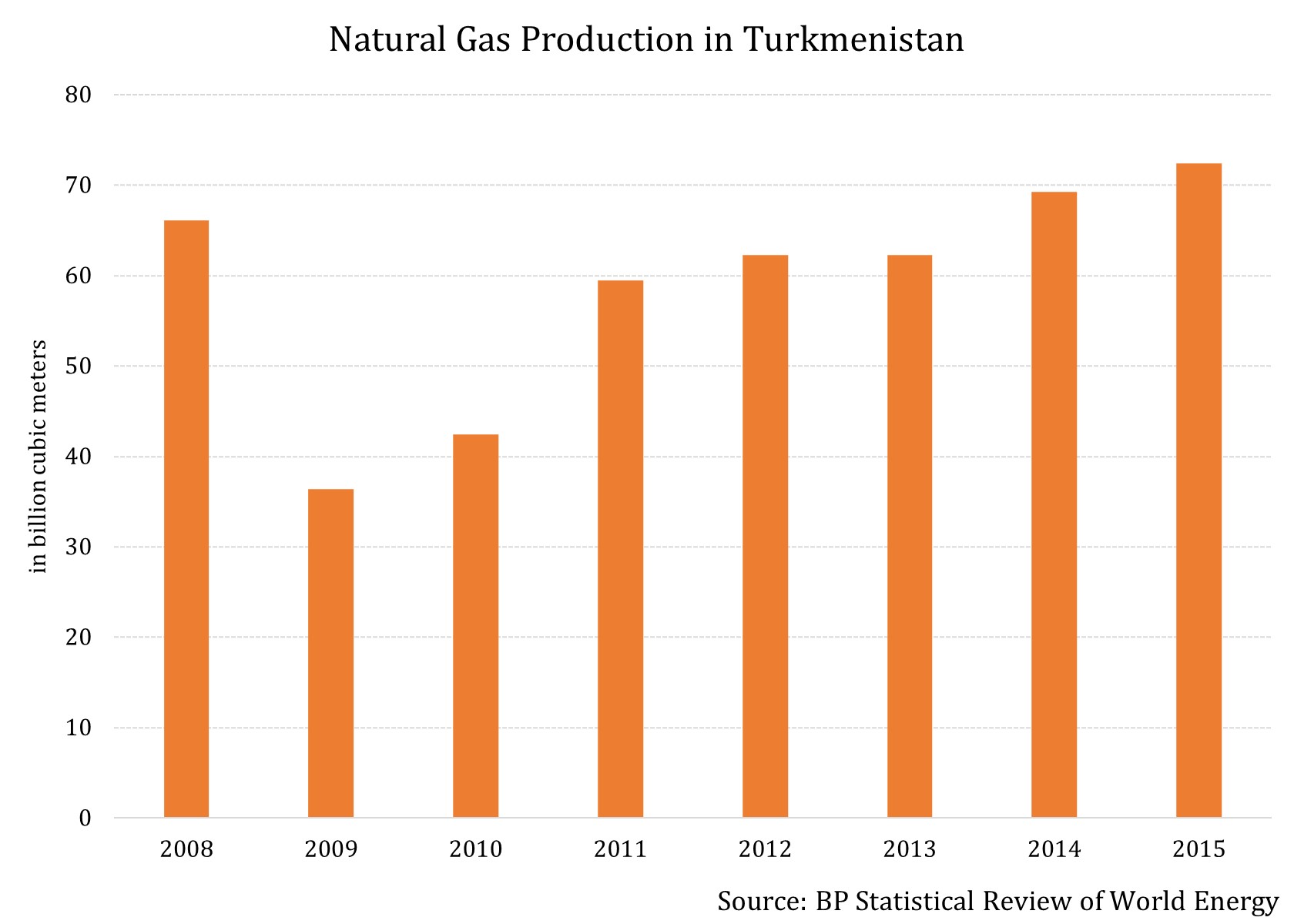 The issue with Line D

There was a proposed line D that was supposed to have a capacity of 30 bcm every year for exporting gas to China. Apart from being the largest of the pipelines in terms of volume, line D would have been the longest pipeline laid from Turkmenistan to any of its consumers, past or present, and was supposed to pass through Uzbekistan, Tajikistan, and Kyrgyzstan.

However, as Pannier noted in his article, there were problems with Kyrgyzstan and Tajikistan forming joint ventures with Chinese companies in building the pipeline back in 2014 itself. The project got shelved after China and Uzbekistan dropped talks of building the part of the pipeline that was to pass through the latter country indefinitely.

Even though the about 30 bcm that Turkmenistan does supply to China, it does not get the entire amount sold as revenue because the Asian major had provided loans to Turkmenistan to build the pipelines and develop reserves. Thus, some of the supplied gas pays off for these loans.

There’s another issue. Both Uzbekistan and Kazakhstan have signed deals with Russia’s Gazprom for supplying natural gas at much cheaper rates than Turkmenistan was demanding. Going forward, both these countries can pressure the latter on price if they decide to increase shipments to China. If this happens, it will further squeeze Turkmenistan’s revenues.

We had noted in the previous article of this series that Turkmenistan has the world’s fourth largest proven natural gas reserves according to energy firm BP. Government officials including President Gurbanguly Berdymukhamedov and Chairman of Turkmengaz Ashirguly Begliyev have talked at different points of time about boosting natural gas exports to a seemingly ambitious 180 bcm by 2030.

But given that at this point of time, China is the only buyer of Turkmen gas, the proposed line D will not materialize in the foreseeable future, and the mega Turkmenistan-Afghanistan-Pakistan-India (TAPI) pipeline, which was supposed to supply 33 bcm of Turkmen gas, having several major problems, it seems that an abundant natural resource is going to remain sitting idle. And this may be quite hurtful to Turkmenistan’s economy which would have expected this precious resource to propel the country into the future.