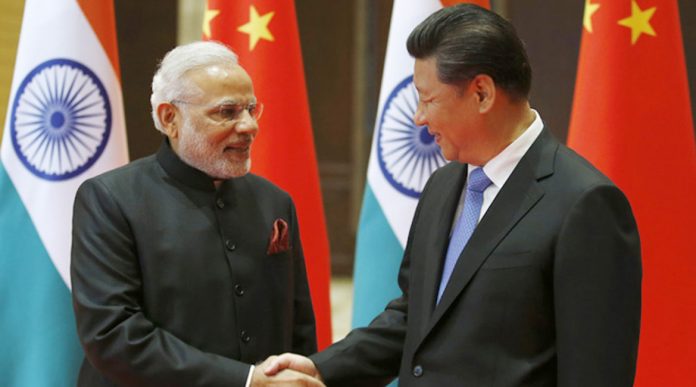 Philippine’s President Rodrigo Duterte may have forgot all about last July’s international arbitration ruling, which found that China has no historic title over the waters of the South China Sea.

But not investors fleeing Asian stocks.

India’s Prime Minister Narendra Modi hasn’t forgotten that either, and he may spoil China’s ambitions to dominate the South China Sea. Modi didn’t miss the chance to bring up the July arbitration ruling during his recent visits to Singapore and Vietnam, trying to revive the allied front against China’s ambitions.

That’s according to a China Topix report.

India’s hardcore diplomacy on South China Sea disputes has very little to do with the dispute per se and plenty to do with China’s foreign policies. Like Beijing’s open support for Pakistan in the India-Pakistan Kashmir standoff, as evidenced by statements by China’s senior officials. “We support Pakistan, and we will speak for Pakistan in every forum. We attach great importance to Pakistan’s position on Kashmir,” Chinese Premier Li Keqiang told his Pakistani counterpart Nawaz Sharif during a bilateral meeting on the sidelines of the ongoing 71st session of United Nations General Assembly in New York, as quoted in Pakistan Today.

Then there’s China’s refusal to support India’s bid to join the Nuclear Supplier Group (NSG) last June. Officially, Beijing claims that India doesn’t satisfy the conditions for joining the elite group. But the real reason is to be found elsewhere. China wants to punish New Delhi for growing closer to US in recent years, serving Washington’s policy to contain China. “US backing adds the biggest impetus to India’s ambition,” stated a Global Times editorial, back in June. “By cozying up to India, Washington’s India policy actually serves the purpose of containing China.”

The US is not the whole world. Its endorsement does not mean India has won the backing of the world. This basic fact, however, has been ignored by India.”