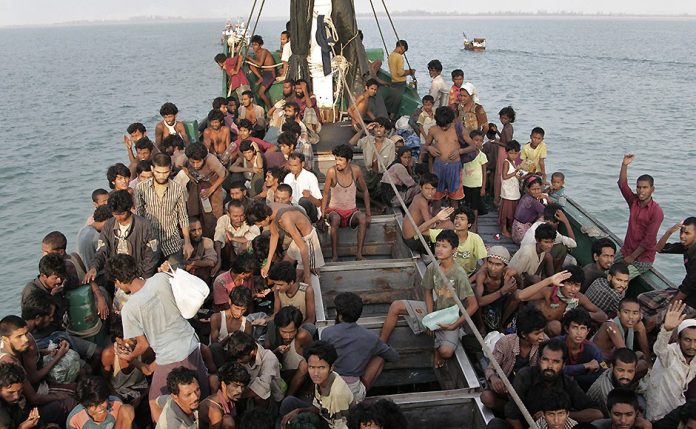 Myanmar is fighting the world’s longest running ongoing civil war, so what hope does Kofi Annan’s new commission on Rakhine have of ending ethnic strife? In the second part of Resolving Rakhine, Blake Herzinger and Jillian Claunch assess the prospects for peace

Myanmar’s democracy heroine, Aung San Suu Kyi, is both powerful and popular enough to sway her nation’s electorate in the way she wishes. And yet the Nobel Peace Prize winner, who braved house arrests for 15 years, has kept in line with the government and Burmese masses on the issue of the Rohingyas.

“The Lady” stayed silent during the 2012 Rakhine State riots and again during the Rohingya refugee crisis last year. After a meeting with leaders in India, she told a local news channel that violence had been committed on both sides of the conflict and she hoped that Buddhists and Muslims would be able to reconcile differences.

Meantime, Suu Kyi has expressed uncertainty about whether or not the Rohingya can be regarded as Burmese citizens and stressed that illegal border crossings from Bangladesh must be stopped.

Her views will be critical to the success or failure of Kofi Annan’s mission in Myanmar.

Over half of the states Myanmar have been affected by fighting in the past two decades. Along with Rakhine, intense violence has been seen the Kayah, Kayin, Kachin and Shan states. Over a dozen ethnic groups have been fighting to preserve their autonomy against the strong-handed ethnic Bamar majority, most of whom adhere to Buddhism.

So when a year ago, eight armed ethnic groups signed a National Ceasefire Accord with the government, many were skeptical. With seven groups declining to sign or not even invited to do so, including some of the largest (KIA, United Wa State Army and Shan State Army), the agreement dismissed as a stunt by the military government during the run-up to national elections. Unsurprisingly, fighting has continued since the accord and, in some places, it has worsened.

The smoke and mirrors has continued since the elections. In August, some of the armed groups that hadn’t been a part of the peace accord apparently raised a proposal to sign. Neither the proposal itself nor the discussions about it were disclosed to the public, but negotiations were scheduled at this year’s Peace Conference. Days before, however, forces clashed in Kachin and Shan States, and three of the seven groups were banned from attending.

Led by Suu Kyi, the Panglong peace conference itself should be applauded. This was the first time since the country’s independence that factions from the government, various political parties, parliament, the military and armed ethnic groups had gathered together in an effort to end the country’s struggles.

Yet participants have complained that the event was rushed, with too much attention given to Suu Kyi’s party. Apparently, Suu Kyi set the date for the conference without consulting major participants and against the request of armed groups to delay until October.

Members of the Panglong Conference’s central committee say that more peace talks are planned as well as another conference scheduled for six months from now. The parties will work out how to share natural resources when armed groups lay down their weapons, and whether some militants would be merged into a national army force. Yet the scheduling of another peace conference signals that the government isn’t confident that any agreements can be made soon.

To achieve stability in Myanmar, the government needs to earnestly address the Rohingya problem. Until then, the discriminatory attitude and overbearing threat from the Buddhist majority will dog the process of un-arming ethnic groups and ending the civil war.

The commission led by Kofi Annan can give only recommendations. Realistically speaking, it has no true power to implement changes in the state. Its leaders will conclude what they believe is necessary to end the discrimination and oppression of the Rohingya people, but it is the government that must drive the necessary reforms.

Going by recent history, the Muslim minority – making up only about 4% of the 54 million predominantly Buddhist Burmese – are unlikely to be prioritized to the level necessary to see real change.

Meanwhile, the effectiveness of international pressure has been curtailed by President Obama’s announcement that the US will lift all economic sanctions against the Myanmar government. One can only imagine this decision has been made in light of the perceived ‘democratic reforms’ taking place in the country over the past couple of years. However, the morality and rationale for such a decision must be questioned in light of the ongoing localized conflicts, and in particular the continued barbaric treatment of Rohingyas.

Despite blatant sectarian abuses and glaring human rights failings, the US administration has unilaterally decided that things have improved in the country to the extent that the world at large can now engage economically with the still military dominated and directed government. It is hypocritical that different values or benchmarks of human rights abuses are patently being employed to coerce or punish different countries in the Asian region.

Annan has stressed that stability and economic development must go hand in hand – a stance that will mark the Commission’s approach and recommendations. For now, Suu Kyi’s reluctance to recognize the Rohingya people makes it unlikely that Rakhine State will receive any truly productive help from the government.