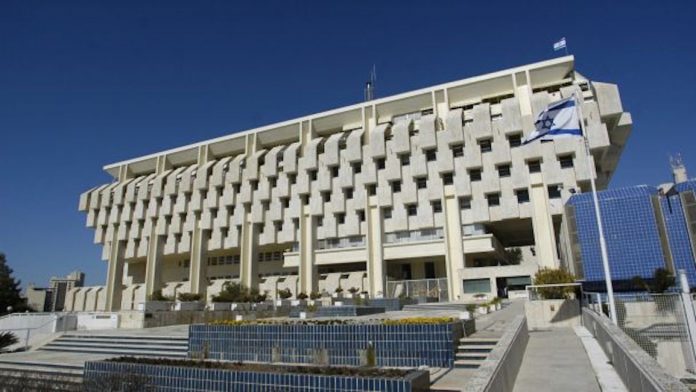 The Bank of Israel kept its headline interest rate unchanged at 0.1% for February 2017 in its January meeting. The decision meant that the key rate has been unchanged for 2 years now. The rate was last changed in March 2015 when it was reduced to the aforementioned historic low rate (refer to graph).

The primary reason that the Bank of Israel has been unable to tighten monetary policy is due to the low levels of inflation. CPI (consumer price index) inflation in Israel has been on a downward trend for a while now. In its latest reading for December 2016, inflation contracted by 0.2%. This is sharply below the central bank’s target 1% to 3% range.

The Bank of Israel noted that “in view of the inflation environment, and of developments in the global economy, in the exchange rate, as well as in monetary policies of major central banks, monetary policy will remain accommodative for a considerable time.”

The Bank of Israel pointed to the net balance in the fourth quarter Companies Survey to indicate that business sector product has been witnessing “high growth.” It also noted the recovery in manufacturing exports, which have been declining since 2014. This bodes well for economic activity also. The bank described the rise in home prices as “rapid,” even after a substantial buildup of unsold homes. This should also feed into inflation going forward.

However, the strong shekel has been weighing on exports. According to the central bank, “The shekel has appreciated by 6.2 percent over the past 12 months in terms of the nominal effective exchange rate, against the background of a 6.7 percent appreciation vis-à-vis the euro.”

A rate hike in the medium term?

Even though the central bank expects monetary policy to be accommodative on the whole, it noted that the key rate may be hiked to 0.25% “in about a year.” This opinion came through on the back of inflation forecasts.

In the next article, let’s see what has been holding back inflation in Israel and what prompts the central bank to outline a rate hike at a time when inflation is not even close to the lower end of its target range.