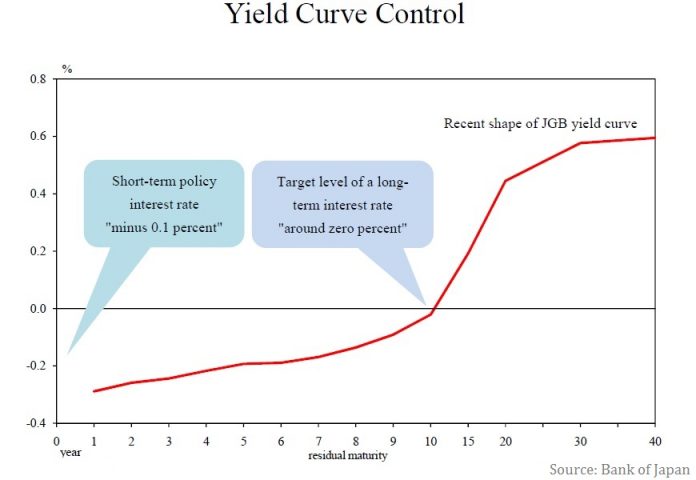 The Bank of Japan made no changes to its monetary policy in its December 2016 meeting which ended on December 20. This means that it will continue with the -0.1% rate it charges banks on a certain category of reserves; the negative rate was introduced in January 2016. Further, under its asset purchase program, the bank will continue to buy JGBs (Japanese Government Bonds) worth 80 trillion yen, commercial papers worth 2.2 trillion yen, and corporate bonds worth 3.2 trillion yen per year.

It will also continue to add to its holding of exchange-traded funds at a pace of 6 trillion yen and J-REITS (Japanese Real Estate Investment Trusts) at a pace of 90 billion yen per year.

The decision was taken with a 7-2 vote.

In a major announcement regarding its monetary policy stance, the Bank of Japan, in its September 2016 meeting, had announced QQE (quantitative and qualitative monetary easing) with yield curve control.

In order to control the yield curve, the Bank of Japan conducts market operations like buying JGBs at a designated prices which helps it control the prices of bonds and keep long-term rates in check when the central bank deems it necessary.

Before we move ahead with the analysis, let’s take a look at how the earlier framework had impacted JGB yields and how QQE with yield curve control is different from that framework. We’ll do this in the next article.