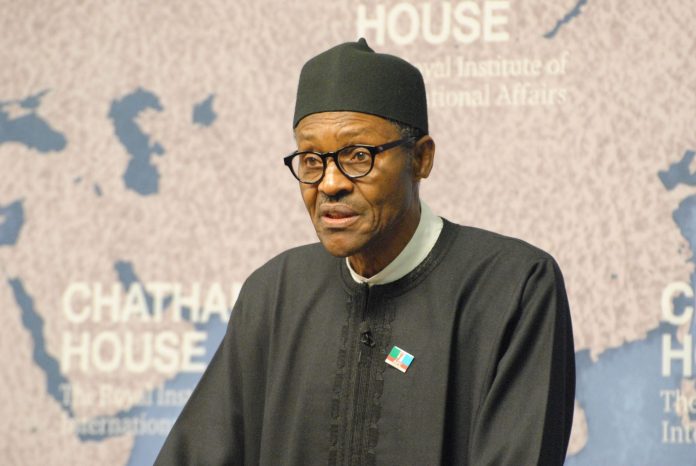 What do you do with a company that has no written business plan, has not turned a profit in 40 years, and is riddled head-to-toe with corruption?

Most people would not look favorably on the managers of such a company – but that, at least in part, is Nigerian President Muhamadu Buhari’s answer to the notoriously defunct Nigerian National Petroleum Corporation. Buhari has made tackling the criminal inefficiency of the NNPC the centerpiece of his economic policy.

In so doing, he breaks the line of complicit political leaders treating the company as their personal wallet. For decades well-placed elites have stolen profits in the multiples of billions via cronyism, selected granting of contracts and outright theft of national oil revenue.

As the first step upon taking office last year, Buhari centralized control of the oil sector by naming himself Petroleum Minister and dissolving the NNPC’s board. This was intended to root out allies of ex-President Goodluck Jonathan. Then he appointed Emmanuel Ibe Kachikwu, an experienced hand from Texaco Nigeria and Exxon-Mobil, as Group Managing Director and Minister of Petroleum Resources.

The positive impact on transparency was substantial, and immediate. Suddenly, NNPC was producing monthly operational and financial reports. Its statement in January showed a net loss of just $15 million. Six months earlier, the shortfall was 50 times that amount at $804 million. Projections are for the NNPC to break into profitability later this year.

So far, so good. But that’s just the beginning.

Breaking Up Is Hard To Do

The central pillar of Buhari’s plan is to break up the NNPC into 27 pieces. Each will have a specific financial target. The aim is to simplify and streamline the industry, and to make each segment more efficient.

Seven core companies will be formed. Five divisions will focus on upstream, downstream, refining, gas and power, and ventures. Two additional units will focus on finance and services. A further 20 standalone subsidiaries will come under the direct management of these divisions. Within two years, the goal is to have a set of profitable and transparent companies, capable of attracting investors through IPOs.

Among the NNPC’s offspring, two companies are key. The first is the Nigerian Petroleum Assets Management Company. It will be tasked with managing the NNPC’s stand-alone oil and gas investments. These are assets where the federal government hasn’t providing any funding or engaged in production sharing contracts.

The National Petroleum Company is the other one to watch. The NPC will function as a fully commercialized oil and gas company, operating across the domestic energy market. Buhari’s plan is for NPC to sell at least 10% of its equity in the next five years. There are twin goals here: the funds will help stem the government’s currently serious cash shortage, which along with other ills is impeding investment in the decaying state oil infrastructure. Oversight by private investors and international companies should also significantly reduce the risk of future corruption.

Over the coming decade, up to 40% of equity will be sold to private investors.

So what’s wrong then?

Ostensibly, the government believes breaking up the NNPC into smaller units will reduce opacity. This has yet to be tested. Given Nigeria’s history of corruption, there is every danger that the creation of new layers of bureaucracy ends up increasing opportunities for abuse of power.

There’s also no guarantee that 27 separate companies will be more productive or profitable than a single, well coordinated NNPC might have been. There is a very real risk of a significant jump in administrative costs.

But the biggest concern by far is Kachikwu’s choice of CEOs for the new divisions. All seven have been personally selected by Kachikwu – and all seven have held senior positions within the NNPC.

These individuals are part of the old order. Given that such massive corruption went unchecked by successive governments for so long, there is justified concern that the CEOs may have been afforded protection – and might still harbor loyalties for the former leadership.

As a Harvard-trained lawyer and former Vice President of ExxonMobil, Kachikwu had every opportunity to recruit non-affiliated professionals with extensive experience in management positions – just as Buhari did in appointing him.

More than any other company in the world, the NNPC requires a fresh start.

The author is Luke Doogan, Africa Analyst at West Sands Advisory Limited. After working in the energy industry in Ghana, Luke has focused on investigating the intricacies of how informal networks exert influence over political and commercial decision-making throughout Sub-Saharan Africa. West Sands is a business intelligence, investigations and political advisory firm that has, since 2006, helped clients identify opportunities and reduce risk in emerging and frontier markets.