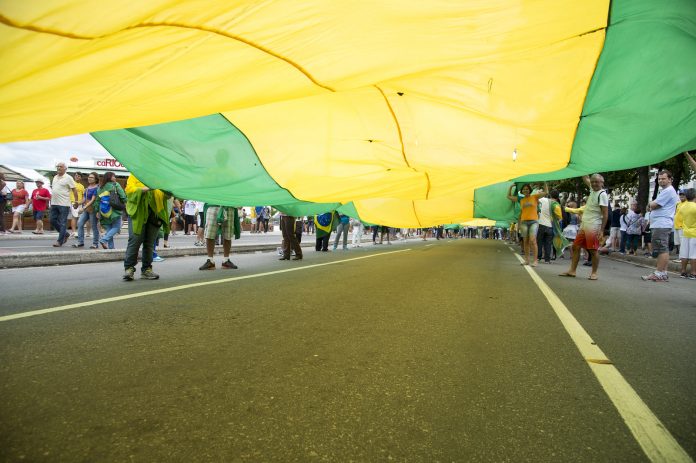 This is post 3 of 3 in the series “Will 2017 Springboard Brazil Into A Brighter Future?”

For a country whose economic output contracted by 3.8% in 2015 and is expected to have shrunk by a further 3.5% in 2016, even the talk of a turnaround is a major improvement.

In 2016, Brazil persevered through the impeachment of its first female President in Dilma Rousseff, and successfully hosted the summer Olympics. Though a lot of people did not like Michel Temer as the replacement for Rousseff, they welcomed his team in hopes of a better economic future. The country capped off the year in flames with austerity measures in the form of the PEC 55 constitutional amendment which put a cap on government spending at a time when the country was reeling under economic strain.

After such an event filled 2016, Brazil looks fondly towards 2017 as a year when it firmly gets back on the path to recovery. However, this desired path is riddled with obstacles as it currently stands.

The Michel Temer government has shown an inclination to battle economic problems on all fronts to get the economy going again, and the PEC 55 amendment was a step in that direction. Next, it plans to reform the pension system which is another tough measure that will help buoy the economy in the long-term.

However, in a nation where many people do not have jobs or enough income to afford two square meals a day, actions for the greater good of the economy are balanced by other factors. While the government has to tighten its purse strings to improve its finances, the economy requires a component of public spending to keep the broader population afloat. Further measures to tighten government finances will spark similar protests as when PEC 55 was announced.

Meanwhile, though aggressive rate cuts will do their bit to stimulate the economy, their impact will not be felt over the short-term. Standalone monetary measures take about two to three months to show their impact. However, considering that Brazilian consumers are currently debt ridden, spending is expected to remain quite conservative even with rate cuts. Which means the impact of monetary policy measures may take six months to a year to show any visible impact.

Keep an eye on Brazilian equities

Though Brazil struggled economically and politically in 2016, its equities (EWZ) did exceptionally well. 2017 has seen as strong start for the country’s equities, with the MSCI Brazil Index up 4.5% in YTD 2017 until January 11. Meanwhile, the MSCI Brazil ADR Index is up 11.4%.

If macroeconomic conditions improve materially, it would give international investors further confidence to add Brazilian equities to their portfolio. But it will also be important to keep an eye out for social unrest. The ouster of Rousseff momentarily filled both the Brazilian people and investors with hope for a better future, and this was reflected in equity prices last year. However, if the future shines less bright in 2017, then these gains could turn to declines very quickly.

This is post 3 of 3 in the series “Will 2017 Springboard Brazil Into A Brighter Future?”