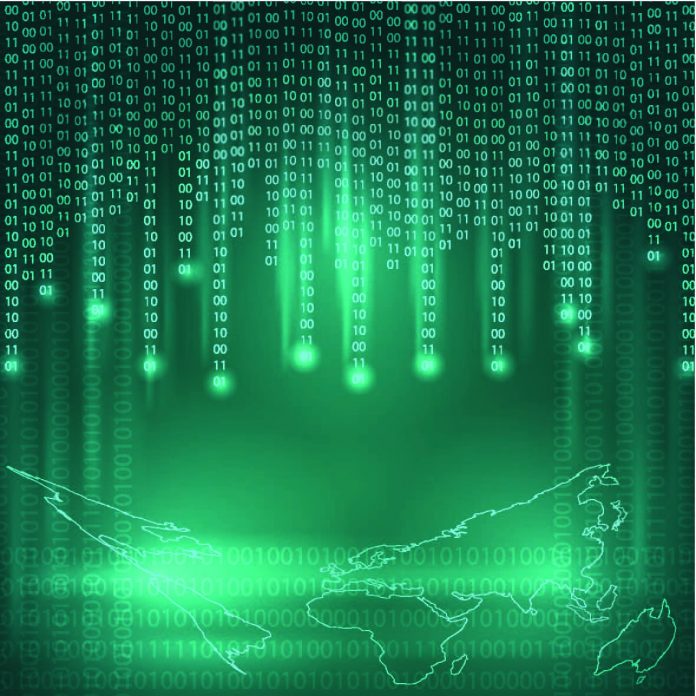 While we normally cover emerging markets, today we are shifting our focus to emerging technologies that are bringing massive change to the way we do business – whether in London or Lagos. Many are familiar with Bitcoin or the ‘blockchain’ technology that sits behind it.  What you may not know is just how disruptive this innovation can be, and how much of your world it stands to change in the coming years.  If you have just begun to get comfortable with the concept of Bitcoin, prepare to have your universe expanded even further.


A Quick Note from the Editors…

For the past couple of years we have witnessed a radical new innovation that has captured my attention, and that of the entire financial world. Beginning this week, we’re going to shine some light on it.

I’m referring, of course, to crypto-currencies. Everyone has heard of Bitcoin, the disruptive technology that geeks love and governments fear. The world first took notice in 2013, when the value of one Bitcoin increased over 1200% in nine months. Of course an epic crash followed, and the BTC lost nearly 80% of its value in the following year.

Lately, though, Bitcoin has quietly rallied back to $450 – a 50% increase so far this year. The global media, so quick to ridicule the technology when they aren’t calling for its banishment, have pointedly missed (or ignored) this story. Our friend Harris Kupperman, a successful hedge fund manager and founder of a publicly traded company, recently opined in his blog that Bitcoin has a bright future in China – where usage amongst the country’s middle class, as a means to avoid capital controls, may be sufficient to propel its global price much higher.

But for me, what’s even more important than Bitcoin is its underlying technology. Bitcoin, along with the other lesser-known digital currencies out there, is not actually a currency so much as a distributed payments system that is truly revolutionary. Both its source code and the ‘blockchain’ (the record of all completed transactions since Bitcoin’s inception) are open-source and utterly transparent. Everyone knows how many Bitcoins will exist at any given point in time – and even more importantly, who owns them (a little-known fact about Bitcoin is that it is MUCH more traceable than cash – for those who know how to read the data).

In the Bitcoin world, there are no central bankers to create currency units out of thin air to manipulate inflation at the whims of their political masters. And as more people begin to use it, that fixed supply will meet increasing demand – thereby producing a deflationary currency that appreciates in value over time. Keynesians around the world are appalled. Why, this could mean that consumers might be incentivized to save and invest their money instead of spending it! (The horror…)

But the potential of crypto-currency extends far beyond Bitcoin. The concept of the blockchain can be extended into other fields, and make it much easier for market participants to trust each other. The possibility of ‘trust-less transactions’ will soon become a reality. Imagine the implications for global trade, or project finance. Everyone should be excited at the possibility…except the legal profession and other rent-seekers, of course.

And to shed a bit more light on the potential of this trend, we are pleased to introduce you to our friend Adam Cleary. Adam is an experienced fund manager and pioneer in the crypto world, having been a founding member of the UK’s Digital Currency Association. For those of you who didn’t think the ‘rabbit hole’ got any deeper than Bitcoin — prepare to enter the Matrix! But Adam is a great tour guide, and what you are about to read is certainly thought-provoking. And stay tuned – we’ll be covering the emerging world of crypto-currencies in the coming weeks and months, particularly their impact on emerging markets.

Why My Blockchain Will Soon Take Your Job

“In order to change an existing paradigm you do not struggle to try and change the problematic model. You create a new model and make the old one obsolete.”

On April 30th a new form of corporate organisation came into being: the decentralised autonomous organisation (DAO). From that date it has been possible to buy tokens using ether in the DAO crowdsale at daohub.org.

The DAO is not established in any jurisdiction and is effectively owned by its token holders, in the sense that they control and vote on the use of the DAO’s resources. Holders can redeem their tokens for ether. (Editors Note: Ether, or Ethereum, is a new platform that uses a blockchain many consider to be more advanced and secure than the Bitcoin blockchain) They can also split or merge the DAO’s projects in coordination with other holders and generally enjoy the effective benefits of share ownership. The contracting party is a world computer. The rules are embodied in the code of a smart contract.

The DAO has no directors, only ‘curators’, who occupy a benevolent oversight role but have no executive power, and can be fired by a vote of token holders at any time. The token holders subscribe anonymously and can transfer their tokens at will – without having to open accounts or fill in forms or ask for permission to participate. If it helps, think of it as an offshore company in the sky – tied to no jurisdiction, dependent on no one’s law.

The Initial DAO Offering – which bears a passing resemblance to an IPO – has so far raised US$34m, contributed in a digital currency (ether) which came into existence barely 6 months ago and is now worth $1bn in its own right. By the end of the sale at the current pace the DAO may raise over US$60m. It seems central banks are not the only people who can create manna from heaven.

Of course these are tokens. There is no company. This isn’t an IPO. The tokens confer no legal rights. There is no prospectus with 350 pages of risk warnings, tax warnings and selling restrictions. It is all “virtual” – like a computer game. Obviously it can’t be a serious thing.

Except that we are possibly witnessing the creation of an entirely new financial market, a revolutionary paradigm shift. A financial revolution is occurring because we are progressively coming across greater numbers of bizarre anomalies that cannot be explained by the universally accepted paradigm within which traditional financial markets are supposed to operate – anomalies such as negative interest rates on government bonds. The existing centrally planned monetary paradigm is so demonstrably dysfunctional that it has produced a parallel universe – in which all the Byzantine stagnation of the existing system is suddenly revealed and turned on its head.

The successful creation of the DAO (and others to follow it) effectively bring into question the existence of all existing stock exchanges, bond markets, capital markets, syndicate desks, investment bankers and regulatory agencies. Why would we need any of these things when we can create a permission-less autonomous DAO and raise money for any sensible project that people voluntarily want to support?

What is the point or even the reason for nationally organised financial markets when all voluntary contractual rights between human beings can be organised on a peer-to-peer basis on the basis of everyone’s individual preferences exercised continuously through voting rights? Why would we need to delegate power over our investment decisions to fund managers when investors could vote through the DAO for or against competing proposals? Why do we even need equity crowdfunding as presently organised?

The DAO and the associated digital currency infrastructure overturn all the superstructure of nationally based capitalism (if that is the correct word to describe the economic system we have today). All of the delegated powers that make up the professional investment superstructure globally are potentially redundant: company directors, boards, banks, fund managers, compliance officers, regulators, lawyers. All of these occupations are effectively frictional and generate no real value – they occupy roles that can be disintermediated and replaced with a DAO.

This is where the DAO leads – the replacement of the entire model of bank-shareholder capitalism which has been a work in progress since the creation of joint stock companies in the 19th century. This is the first step in the next financial-industrial revolution – which seeks to sweep away all these institutions and professions, and replace them with an entirely new model which completely ignores the old model and makes it obsolete.

Disclosure: Adam has invested in the DAO project, and owns units of Ether. (Kevin is also long Ether).

Adam Cleary is an entrepreneur, digital currency investor and investment manager. Adam runs a regulated investment management firm, Cavenham Capital, which advises investors on digital currency investment. As the founder of Bullion Bitcoin Adam was the first person to put gold on the bitcoin blockchain – creating a gold-backed currency called Bits of Bullion. As an investor Adam has been supporting www.giftoff.com – an online platform that enables the sale of 170 digital gift cards for 10 different digital currencies – which is currently finalising a second round of fundraising.