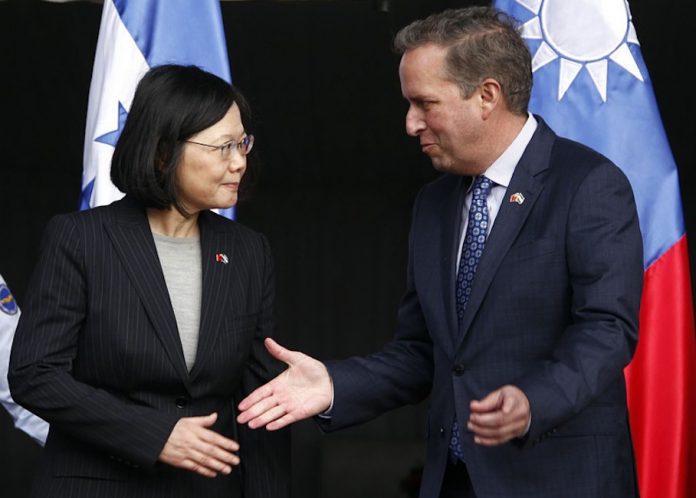 China (FXI) has threatened the incoming Trump administration, stating that it would take retaliatory measures if the new government fails to adhere to the ‘One China’ policy

Reuters reported that the an official statement has been issued by Chinese state-owned media outlet the Global Times.

This warning was issued just hours after senior Republicans met Taiwan’s President Tsai Ing-wen. The meeting took place in Houston on January 8 on a stopover before Ing-wen embarked on her tour of Central America.

The threat was laid out following China’s initial request to the US to not let Ing-wen enter the country, and not hold any formal meetings regarding the ‘One China’ policy.

According to Global Times, “sticking to [the One China] principle is not a capricious request by China upon U.S. presidents, but an obligation of U.S. presidents to maintain China-U.S. relations and respect the existing order of the Asia-Pacific.” The comments then became even more acerbic with the editorial stating that, “if Trump reneges on the one-China policy after taking office, the Chinese people will demand the government to take revenge. There is no room for bargaining.”

Why is China concerned?

China has been worried that Ing-wen may be planning for the independence of Taiwan (EWT) – a territory that it considers its own. As it stands, Taiwan is technically ineligible to hold government-to-government discussions with other countries.

China believes that by holding these meetings, Ing-wen may be assessing the nation’s independence in light of the political and economic backing it has from select allies.

Ted Cruz, who was one of the senior Republicans who met Ing-wen, stated that the US (IVV) will continue to make decisions on its own regarding which visitors to meet with rather than taking advice from China. He went on to say that the country finds itself obligated to defend its relationship with Taiwan – an ally – and that China has no part to play in the discussion.

It is speculated that the US political establishment may intend to use its relationship with Taiwan in order to put pressure on China, both politically and economically.