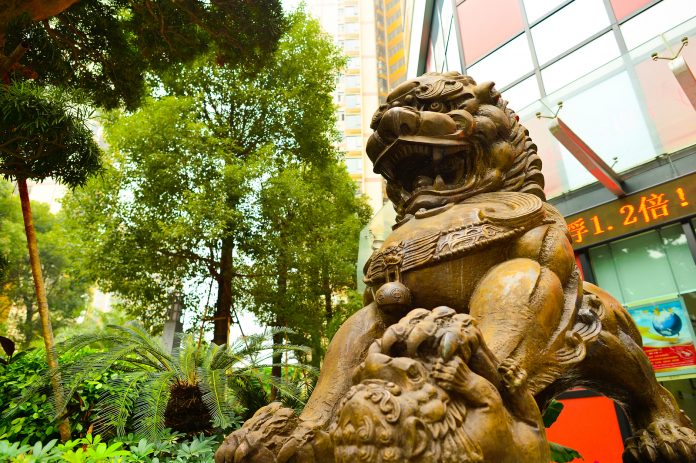 This is post 2 of 3 in the series “Will A Credit-Fueled China Witness A Slowdown In 2017?”

The International Monetary Fund (IMF) has some good news for China’s economy. In its January 2017 Update of the WEO (World Economic Outlook), the agency upgraded its forecast on economic growth in China in 2017. It now expects the country’s economy to grow by 6.5% this year, up 0.3 percentage points from its October forecast. For 2018, the IMF expects China to grow at 6%, unchanged from its previous forecast.

China is expected to have grown 6.7% in 2016 according to some Chinese officials who have spoken to news agencies anonymously because official data has not yet been released.

The WEO report noted that “the growth rate in China was a bit stronger than expected, supported by continued policy stimulus.”

As noted in the previous article, according to Reuters, China’s banks lent a record 12.56 trillion yuan ($1.82 trillion) in loans in 2016. This is the stimulus which is being referred to by the IMF. This lending has been encouraged by the government which is trying to support the economy at a time when its exports continue to decline and it is trying to grow from within instead of relying on external investment and trade.

We had noted in the previous article that though credit expansion can boost economic activity, it also gives rise to a burgeoning debt burden.

The IMF cautioned about China’s credit rise in the WEO report. It stated that “continued reliance on policy stimulus measures, with rapid expansion of credit and slow progress in addressing corporate debt, especially in hardening the budget constraints of state-owned enterprises, raises the risk of a sharper slowdown or a disruptive adjustment.”

It was also noted that capital outflows could increase the risk of an economic slowdown.

The renewed focus on domestic consumption will work well for China in the medium to long-term. However, trying to support the economy by means of cheap credit is a risky proposition.

Though manufacturing is stabilizing and will support economic growth in 2017, devaluation of the yuan against the US dollar and capital outflows due to the expected rate hikes in the US in 2017 pose significant risks to China’s economy. Donald Trump’s stance on China, once he assumes office, will be crucial as well.

If Trump does not come down heavily on China, then investors in Chinese equities (FXI) (MCHI) can expect a strong year. However, keeping an eye on the yuan is crucial as many believe that the recent rebalancing of the RMB Index may not reduce the impact of the dollar’s strength in good measure.

This is post 2 of 3 in the series “Will A Credit-Fueled China Witness A Slowdown In 2017?”