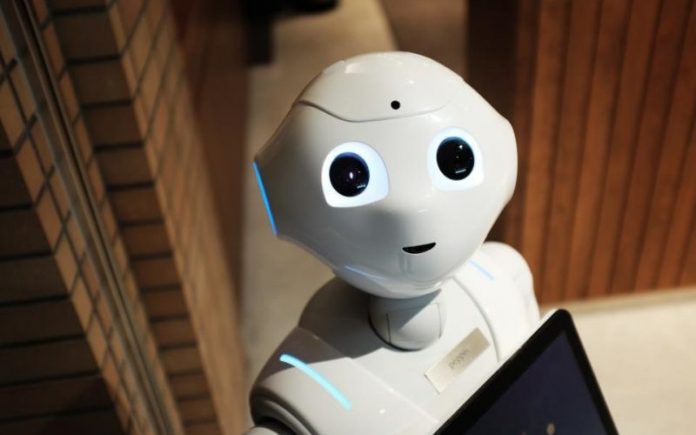 US-based companies have long been considered industry-leaders in the field of artificial intelligence (AI). As the Chinese government prioritizes state support for AI development, will the US be left behind?

Money, experienced talent, and access to enormous quantities data are the necessities for AI development. US-based companies such as Google, Amazon, and Facebook, which boast billions of dollars of revenue and extensive data sets courtesy of years of tracking their users’ behavior, have so far been able to harness their extensive resources to lure scarce top researchers and scientists, and have consequently dominated global AI development. High-profile, unprecedented displays of AI prowess, such as the Google DeepMind’s mastery of the ancient and complex game of Go, have clearly suggested that Google – estimated to have 50% of the world’s top 100 AI scientists – is the world’s leader in AI research and development (R&D).

However, a concerted Chinese effort aims to challenge US dominance. In July 2017, the Chinese State Council stated its goal of becoming a global innovation center in AI by 2030through dedicated state support, particularly with regards to investment, education and training. The government has already announced a $2.1 billion investment into a technology park in Beijing dedicated to AI R&D.

This builds on existing dramatic domestic increases in AI R&D. In 2015, China ranked only behind the US and UK in the influence of their AI research publications, and in 2017 China produce more academic papers on AI then all of the 28 EU countries combined. At the same time, Chinese tech giants Alibaba, Baidu, and Tencent are meeting their US counterparts in some displays of AI and machine-learning competence. More relaxed regulation around AI development and enormous national data sets – thanks to government data collection and an online population of 730m, almost twice the size of America’s – are also thought to give China a potential advantage in medium-term AI training.

Meanwhile, AI does not appear to be a US government priority. Treasury Secretary Steve Mnuchin stated that widespread AI in the workplace was not even on his radar screen, and the budget for the National Science Foundation – which covers AI development – has remained stagnant, after the House of Representatives rejected President Trump’s attempts to cut it by over 11%.

Can China lead in AI R&D?

Despite the US government’s lack of an AI strategy, the amount of scarce AI development resources thare are concentrated within US companies will likely ensure that the US remains a leader in AI R&D. In 2016, the Chinese information-technology ministry estimated that the Chinese AI sector will require an additional 5 million high-skilled workers, while the US’s AI ecosystem remains substantially more developed.

Even if current progress suggests that China is likely to close the current research gap, the ability of US companies to continually acquire top scientists make it unlikely that China can acquire enough of the global AI talent to build the kind of dominance over AI R&D that the US once had over internet developments. Instead, greater US-Chinese cooperation to pool resources is likely, as seen in the 2017 announcement that Microsoft and Baidu would partner on an autonomous driving project. While China is therefore likely to attract increasing AI investment, it is unlikely to unilaterally dominate the industry, or dictate the direction and norms of AI development.

US supremacy at risk?

Militarily, there is undoubtedly friction between the current US administration and Silicon Valley, and leading US tech companies have demonstrated an unwillingness to cooperate with national security. For example, DeepMind prohibits the use of their research in government surveillance, while another of Google’s acquisitions, a leading robotics company, refuses to accept military contracts.

On the other hand, using AI in public and private sector developments to enhance national security is a key part of China’s strategy. Tsinghua University, one of China’s top universities, announced plans in June 2017 to establish a laboratory to explore the integration of civil and military systems and cutting-edge technology innovation. The 2018 US National Defense Strategy focused heavily on the threat to the US from ongoing military competition with China, and stated that investing broadly in the military application of AI was necessary for the US to maintain competitive military advantages.

Economically, a focus on AI, machine learning, and automation in China will build on China’s national 10-year plan, “Made in China 2025”, which aims to turn China into one of the top technological industrial nations. A 2016 study by Citi and the Oxford Martin School points out that China is already the largest market for industrial automation, which over the medium-term is likely to offset the impact of increasing wages that have led to manufacturing companies leaving China. This will not only impact developing countries – which historically have capitalized on their relatively cheap labour costs to attract large numbers of relatively well-paid, low-skilled manufacturing jobs – but also keep Chinese production costs low in an era of economic competition with the US.

China is set to make significant strides in the application of AI and the automation of key industries. If other countries do not develop similar strategies for the effective development and implementation of AI, they are likely to find themselves economically, and militarily, at a disadvantage.

Molly McParland is a business strategist with a Masters degree in Russian and East European Studies at the University of Oxford. As originally appears https://globalriskinsights.com/2018/02/china-artificial-intelligence-market-leader/