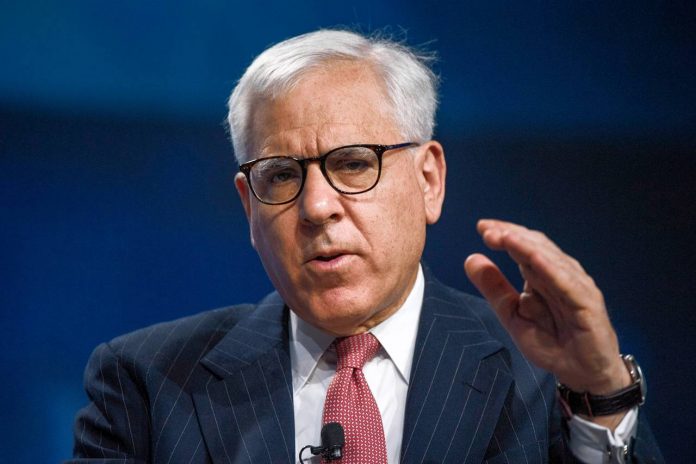 “The biggest blow-ups in emerging markets have happened when the dollar has been particularly strong,” said billionaire investor David Rubenstein at the annual World Economic Forum in Davos this week. A strengthening US dollar (UUP) is what worries Rubenstein, who views it as the greatest risk to the global economy in 2017. David Rubenstein is CEO of the world’s largest private equity firm, The Carlyle Group which manages about $169 billion in assets.

With developed market (EFA) (VEA) bond yields ranging from near zero to negative, investors have been increasingly piling into emerging market debt. As a result, the emerging market’s dollar-denominated debt has been rising notably over the years (see chart above).

Not just the Mexican peso

The markets have been busy watching the movement of the Mexican peso against the US dollar since Donald Trump was elected in the US Presidential election on 8 November. However, the greenback has also made good strides against other emerging market currencies such as the Turkish lira, the Argentine peso, the Ghanaian cedi, and the Indonesian rupiah. Hence, most emerging market currencies have been weakening against the US dollar.

When the dollar strengthens, it will become more and more difficult for these emerging markets (EEM) (VWO) to repay their dollar obligations with their weaker currencies.

The situation gets worse

Moreover, according to the Bank of International Settlements, about 40% of emerging market debt is due for repayment over the next three years. About $340 billion of this debt is due to mature by 2018. Brazil, China, and Turkey lead the pack in this regard.

With prospects for economic growth in the US improving on the back of Trump administration promises such as fiscal stimulus and tax cuts, we may see funds being diverting from emerging market bonds (EMB) to US Treasuries (TLT). Capital outflow from developing nations at a time when these countries may need additional financing could lead to a situation of financial distress in these economies. Highly leveraged companies in these regions, with limited refinancing opportunities, would be the most vulnerable in such a situation.