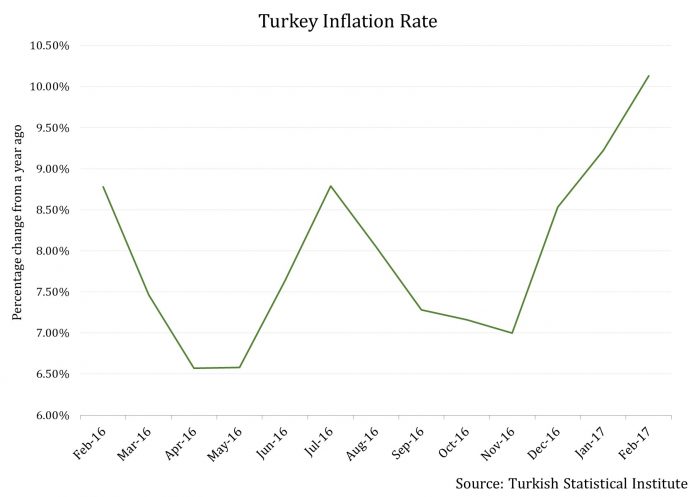 This is post 2 of 3 in the series “Intermittent strength for the Turkish lira? And Can Stocks Continue Their March?”

Why has Turkey’s central bank held off a repo rate hike?

Inflation has been a major problem for Turkey. In February 2016, consumer prices in the country rose by 10.1% from a year ago – double the rate aimed for by the central bank Türkiye Cumhuriyet Merkez Bankasının. This was the first time since April 2012 that inflation has hit double-digits in the country. 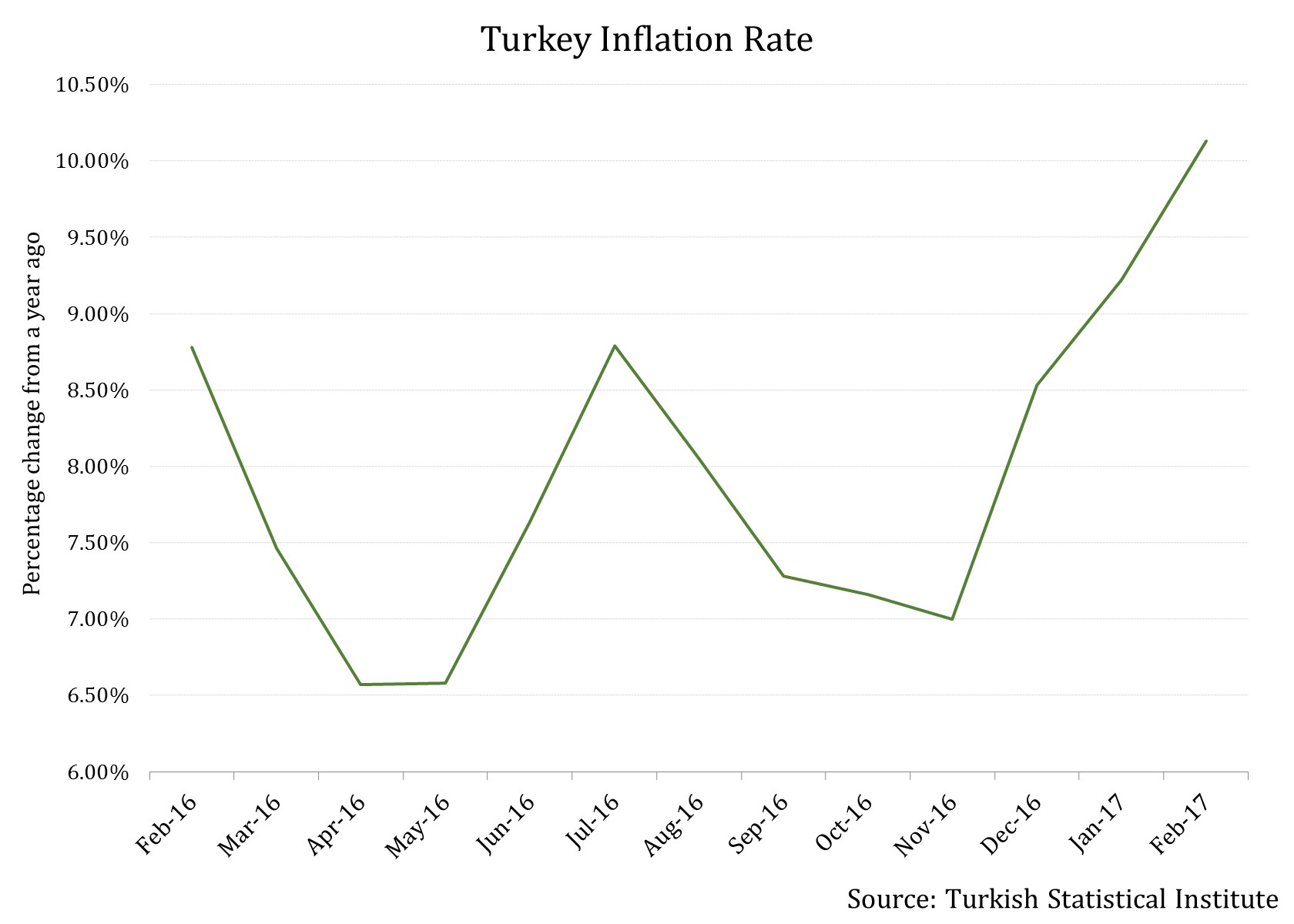 It is natural to assume that when inflation is at such a high level, the central bank would be actively taking measures to control it. And though Turkey’s central bank has been raising rates for two successive meetings, the actions can hardly be termed as active. It has refrained from hiking its one week repo rate so far.

It has been a matter of debate whether the country’s central bank has the requisite independence to take monetary policy decisions. This debate stems from the fact that the bank has been hesitant about a rate hike at a time when it can address the fall in the Turkish lira and control inflation. The nation’s President Recep Tayyip Erdoğan has publicly expressed his dislike for rate hikes due to their negative impact on economic growth.

By raising the overnight rate in January and the late liquidity window rate in March, the central bank is trying to tighten liquidity, thereby having a soothing effect on the burgeoning inflation rate. At the same time, it has little negative impact, if any, on the country’s economic growth.

The country’s central bank will find it quite difficult to restore investor confidence by liquidity management alone. This becomes even more important at a time when the government is attempting to make changes to the Constitution to expand the scope of the President’s authority – a move that has not gone down well with international investors.

With the referendum for the aforesaid constitutional changes scheduled for April, the government needs to try to restore investor confidence in some way. One of them could be allowing the central bank to raise its key one week repo rate to combat inflation and support the lira.

The next meeting of the Monetary Policy Committee of the central bank is scheduled for April 26. There is a chance that the central bank may hike its key rate in that meeting, especially if inflation rises further.

In the next article, let’s see what’s in store for Turkish equities as the macroeconomic picture worsens.

This is post 2 of 3 in the series “Intermittent strength for the Turkish lira? And Can Stocks Continue Their March?”