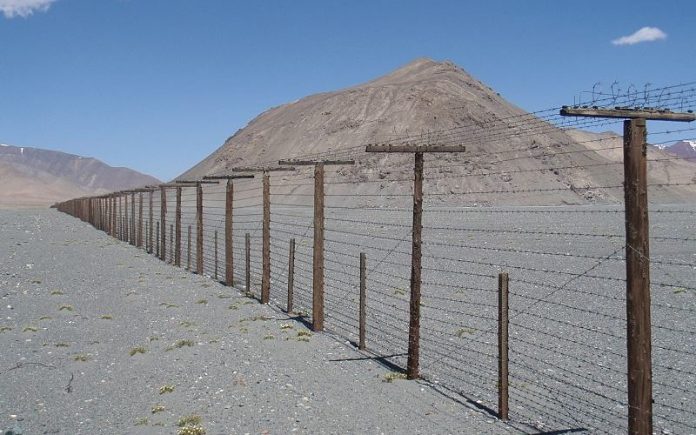 At the People’s Bank of China-IMF joint conference in Beijing back in April, IMF head Christine Lagarde warned about potential debt risks for countries involved in China’s Belt and Road Initiative (BRI). This grand development initiative aimed at dismantling foreign investment barriers and improving international logistics has provided much-needed infrastructure support to its recipient countries. However, the BRI-related project loans may cause a problematic increase in sovereign debt in certain host countries.

As one of the poorest countries in Eurasia, Tajikistan is assessed by the IMF and World Bank to have a “high risk” of debt distress. However, as the “first leg” of overland infrastructure projects of BRI, Tajikistan is still planning to increase its external debt to pay for infrastructure investments in the energy and transportation sectors.

The Tajik government recently issued $500 million in Eurobonds to finance part of the costs of construction of Roghun hydroelectric power plant, an embankment dam in the preliminary stages of construction on the Vakhsh River in south Tajikistan.

The Vahdat-Yovon railway, which will link Tajikistan’s central part with the southern provinces of Khatlon and enhance the overall transportation capacity of the country, was financed by concessional loans provided by the Chinese government.

The construction of Vahdat-Yovon railway was contracted to China Railway Group and the railway went into full operation in 2016. The $72 million project loan was attracted from the Export-Import Bank of China (China Exim Bank) at concessional rates. In addition, a $3 billion portion of the Central Asia-China gas pipeline (Line D) was also reportedly financed through Chinese foreign direct investment (FDI), although there could be pressure for the Tajik government to cover some of the financing costs.

Tajikistan’s debt-to-GDP ratio is rapidly increasing, rising from 33.4% of GDP in 2015 to an expected 56.8% in 2018. Tajikistan’s debt to China, Tajikistan’s single largest creditor, accounts for almost 80 percent of the total increase in its external debt over the 2007-2016 period. If Tajikistan fails to pay back these infrastructure loans, which often entail the use of sovereign guarantees, tensions may arise on the bilateral relationship between two governments.

Why is sovereign debt even riskier?

For rich developed countries, properly managed sovereign debt is actually beneficial to financial development and can also stabilize macroeconomy because it enables the government to increase its budget deficit as the financial system comes under pressure. However, it is not the case in many emerging economies, where lending mechanism and accounting practices are poorly developed. It is hard to know how much debt any government can safely issue before risk premiums start rising in a dangerous manner, and regulators are always unable or unwilling to measure risks appropriately.

In addition, private debts can always be powerful leverages because private lenders can negotiate with the borrowers to acquire their physical assets in order to compensate for the failed repayment. However, it is not easy to make such a deal when it comes to sovereign debt, which entails sovereign guarantee and government reputation. For example, to reduce the debt burdens, Sri Lanka announced in last December that it would hand over control of the Hambantota port, which was financed by loans, to a state-owned Chinese enterprise China Merchants Port Holdings. However, this 99-year lease deal with China enraged Sri Lankan government critics, who are complaining that the deal has seriously threatened the nation’s sovereignty and the price being paid for reducing the China debt is even more costly than the debt burden Sri Lanka seeks to reduce.

Problems with the lending mechanism of BRI

One of the major problems with the current lending mechanism of BRI is that China does not report cross-border project financing in a standardized or transparent manner. Chinese Development Bank and China Exim Bank do not disclose the terms of their loans, making it difficult, if not impossible, to accurately assess the present value of the debt owed by a host country to China.

In addition, most of the private financial actors, namely investment banks and commercial banks, shy away from BRI projects due to high political risks. In the case of Tajikistan, security threats on the Tajikistan-Afghanistan border and conflicts among different domestic interest groups all created investment barriers for private the sector.

In order to mitigate the concerns about potential debt risks caused by BRI, China has demonstrated a willingness to provide additional credit to protect borrowers from default risks, but a clear policy framework aligned with global standards is still absent.

The participation of multilateral financial institutions, such as AIIB and the World Bank, can contribute to a more sustainable lending mechanism for the BRI projects in that they play a vital role in promoting transparency as well as making financing terms for loans to sovereign governments publicly available.

Default risks are a huge obstacle for smaller commercial banks to finance BRI projects. However, extending credits for large-scale infrastructure projects in the form of syndicated loans allows commercial banks to jointly raise capital for large sovereign borrowers at reduced costs. This would also bring emerging economies like Tajikistan greater visibility and flexibility in their project financing.