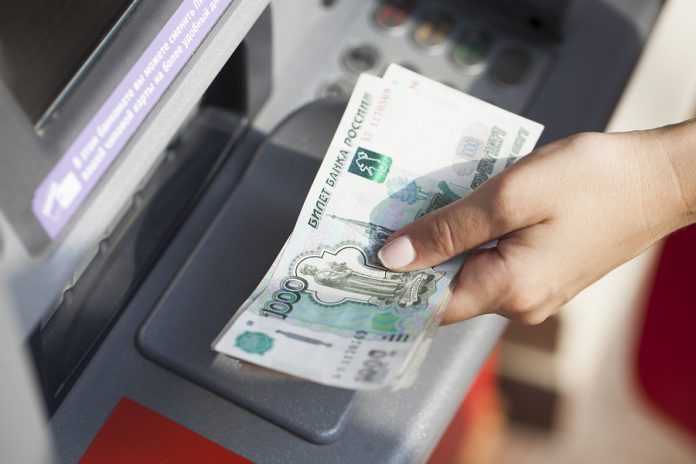 While investors across the world continue to pile into the cryptocurrency boom, led by Bitcoin (ARKW), Russia (RSX) (ERUS) thinks of them as dubious instruments. According to Russia’s Central Bank First Deputy Governor Sergei Shvetsov, they see crypto-currencies as a momentous innovation, so there is no sense in banning them. However, authorities do see a need to regulate them. Consequently, on October 10, Russia (RUSL) (RUSS) blocked access to all major websites that offer cryptocurrency exchanges. Most importantly, in an announcement just days later (reported by the Russian publication AIF) by Vladimir Putin, the state will be issuing a blockchain-based digital currency called CryptoRuble. 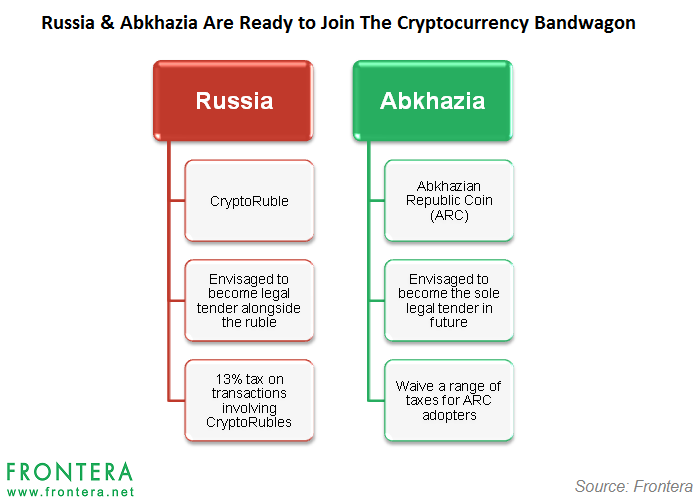 According to Russia’s Minister of Communications Nikolai Nikiforov, the step was taken in an attempt to outpace the EurAsEC (Eurasian Economic Community) in launching its own digital currency. Unlike a typical cryptocoin, the CryptoRuble will not be open for miners. Instead, it would be issued, controlled, and maintained by a central government authority, just like the legal tender, ruble.

The Autonomous Republic of Abkhazia is also preparing to jump on the cryptocurrency bandwagon. The breakaway state, which shares its borders with Russia and Georgia, announced its plan to launch an initial coin offering to raise one billion dollars. Abkhazia has been struggling to attract investments for its developmental projects, and is looking to raise the required amount via creating and issuing its own state-sponsored cryptocurrency. Accordingly, we may soon see the Abkhazia selling Abkhazian Republic Coins (ARC). The supply of ARCs is said to be limited to 8 billion coins, would be open to foreign investment, and would later become the legal tender for the economy. Abkhazia is currently using a mixture of Russian rubles and Georgian hryvnia in its economy.

Interestingly, while Russia plans to impose a 13% tax on transactions involving the buying and selling of CryptoRubles, as well as on owners who are unable to declare the source of their crypto coins; the government Abkhazia intends to incentivize the usage of the ARCs by waiving a range of taxes for market participants who use them.