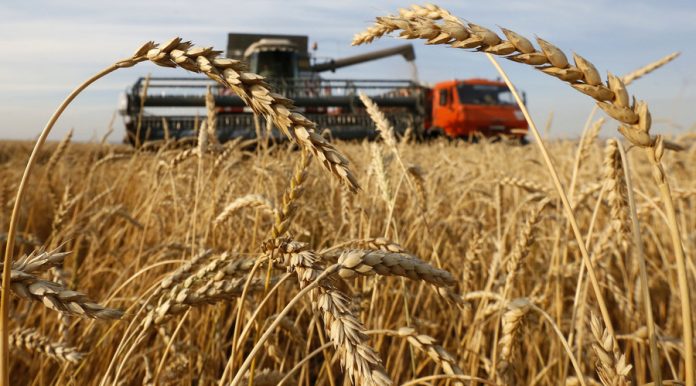 I now firmly believe that the universe has a perverse sense of humor. I say that in all sincerity, because the latest example is Russia’s wheat harvest. You see, the wheat harvest in Europe has not been up to par, but in Russia it has been excellent; that means Europe will need to import wheat from, you guessed it, Russia.

According to an article from the Economic Times, Russia has become a top wheat exporter, overtaking the United States, and in a strong show of muscles, has provided Mexico with wheat so far this year. Mexico normally gets its wheat from the United States. Of course, this is one example where the weak Ruble has been advantageous, as opposed to the strong dollar. A bumper crop and a weak Ruble have enabled Russia to export to countries as far away as Bangladesh and Mozambique.

When Russia was nonexistent and the Soviet Union growled ferociously, there was no capitalism, the wheat harvest was poor and as in any other state enterprise, inefficiently run. But since private ownership of agricultural land was permitted in the 1990’s, some western conglomerates moved in and purchased land. One of the largest of these is Trigon Agri (TAGR:SS), a Danish dairy company with operations in Ukraine and Estonia and agricultural crops in Russia. The stock is traded on the Stockholm exchange and has a YTD return of -44%.

Another large player in this market is Russian company Razgulay Group PJSC (GRAZ:RM), which produces a variety of agricultural crops in Russia, and also has a negative return YTD. Finally, Black Earth Farms Ltd.(BEFSDB:SS) cultivates agricultural crops in southern Russia, and is also traded on the Stockholm exchange. Unlike the others mentioned, this stock has a positive one year return of 32%.

Of these three companies, I prefer Razgulay Group PJSC for investing. Because the company is domiciled in Russia, they have no exposure to properties outside the country, thereby insulating themselves from other less productive regions. In addition, a bumper wheat crop and the weak Ruble could cause their sales to potentially skyrocket as exports increase. If you would like to try something new and are somewhat risk tolerant, take a look at this stock. In my opinion, it has nowhere to go but up. Can anyone say sanctions with a straight face anymore?