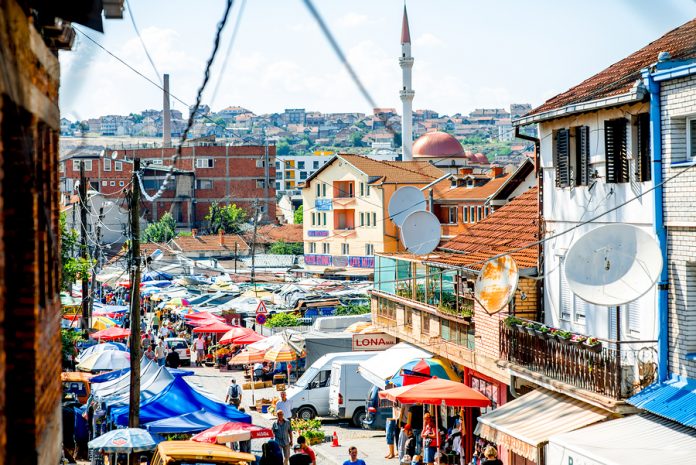 Last month, the tiny Balkan nation of Kosovo narrowly avoided an energy crisis by reaching a deal with two private property owners to access some of the lignite coal it needs to supply its power plants. Several weeks earlier, the state-owned power company, KEK, had come dangerously close to running out of coal after villagers living near the reserves requested more money to resettle.

The situation had raised the question of whether Europe’s newest nation might be on the edge of a complete energy collapse, as KEK only possessed two weeks’ worth of reserves. It exposed the extent to which many developing countries still depend on coal as the most cost-efficient resource to meet their energy needs. Furthermore, it demonstrates how despite recent restrictions on funding for coal plants, institutional investors like the World Bank – which has been funding a new lignite coal-fired power plant in Kosovo – sometimes decides that, in rare cases, fossil fuels are the only feasible option.

There are many economic arguments at play when discussing Kosovo’s energy security and the benefits of coal. One of them being that Kosovo sits on the 5h largest reserve of lignite coal in the world. Given the counties experience in mining this fossil fuel, and the reliability of this energy source, it makes sense to continue with what they know. Transitioning to green energy sources will take political will. Even wealthier countries like Germany have struggled to achieve the transition to a low-carbon energy system based mainly on renewables – and at 40% of the country’s energy mix, coal still accounts for the backbone of its energy supply.

There are also a number of challenges unique to Kosovo that have led to continued investments in the coal sector. As the World Bank was examining plans to create a new, updated coal plant, Kosovo was still relying on two lignite coal power plants, which are 47 and 36 years old, to service 97% of the country’s energy needs. Due to current inefficiencies in coal production, energy theft and an outdated grid, blackouts remain a fact of life for many Kosovars and are a major drag on the economy.

According to government figures, unreliable supplies are estimated to account for private sector losses of £251 million every year, or about 4% of the country’s GDP. It was due in large part to these lingering discrepancies that in 2011, the World Bank concluded in a report that Kosovo’s rising energy needs could only be met cost-effectively by building a new, updated coal plant. One of the independent reviewers of the report, Professor Wladyslaw Mielczarski, said that despite the fact that wind and solar prices have since decreased rapidly, “very little has changed” and coal remains the only viable choice for Kosovo.

There is a consensus that Kosovo’s energy crisis needs to be resolved – and quickly – however, a coal dominated future has been challenged by Dr Daniel Kammen, professor at UC Berkeley. He believes energy security “can be created through investigation of new energy efficiency, renewable energy, and the wise use of fossil fuel resources”.  And while Kosovars’ health is threatened by the pollution caused by out-dated coal plants, their lives are equally placed at risk by winter power outages.

While the energy crisis in a country like Kosovo is relatively unique, especially in a European country, similar dilemmas can be seen in Africa, where more than 600 million people still lack access to electricity. Despite the fact that countries such as Tanzania, Kenya, and Nigeria possess vast, largely untapped coal reserves, few of them, except for a few outliers like South Africa, have managed to exploit their resources.

Faced with the pressing need to quickly and affordably ramp up energy generation capacity in Africa, lawmakers such as Nigerian Finance Minister Kemi Adeosun and former UN leaders like Kofi Annan have urged governments and international bodies to adopt every available solution, from solar, to coal deposits to geothermal, to light up and power the continent. Speaking at the launch of the Africa Progress Panel’s latest report on the issue, Annan was among those to acknowledge the perceived hypocrisy of developed nations that have industrialized on fossil fuels and are now denying developing countries the same advantages. In July, for instance, Japan agreed to provide up to $6 billion to support power plant construction and clean coal technologies in partnership with the African Development Bank. The initiative will finance high-efficiency coal-fired plants that use clean coal technology to help meet Africa’s energy demand.

Despite the logic of relying on a broad base of energy solutions, both the World Bank and the EU have rendered it nearly impossible to consider financing coal power plants. In 2013, the bank placed restrictions on funding for coal power projects in “rare circumstances” to meet “basic energy needs in countries with no feasible alternatives.” The European Investment Bank followed suit shortly thereafter. In a rare example of more measured policy coming from the White House, the Trump administration has taken steps to address these discrepancies, announcing that it will encourage its delegates at the multilateral development banks (MDBs) to help countries access and use fossil fuels more cleanly and efficiently.

The Balkans’ latest energy crisis puts the spotlight on how developing countries in particular are likely to continue relying on carbon-based resources for base load power. A long drought and high temperatures across the Western Balkans slammed hydropower output and sent energy prices surging, forcing some countries such as Albania to import energy. Hopefully, with more measured policies and support from the MDBs, these states might soon have the capacity to weather such crises on their own.

How Long Will Kosovo’s New 100% Tariffs on Bosnia and Serbia Survive?

Bitcoin Mining Now Consumes As Much Electricity As Iceland