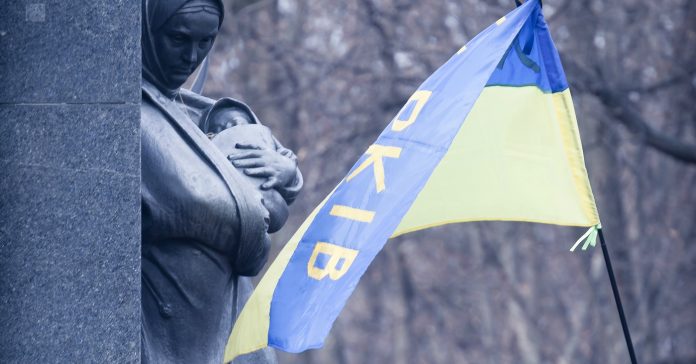 Ask a Kievite the most important issues for the country right now, and the answer will generally highlight corruption, corruption and corruption.

Ukraine has made huge strides since the worst of days of its conflict with pro-Russian forces that killed an estimated 10,000 people, injured 20,000 and displaced 2 million. While political situation remains tense – the recent death of a pro-Russian warlord in Donetsk was only the latest in a spate of such killings – few expect the frontline to expand west.

On the economic front, the nation’s finances have stabilized thanks to strong monetary policy, a flexible exchange rate and impressive fiscal adjustment. Although Ukraine is still reliant on international official financing, its foreign-currency reserves have jumped to $15.6 billion at the end of September from as little as $5.6 billion last year.

The National Bank of Ukraine has overseen a massive cleanup of the banking sector, closing 80 of 180 lenders. Energy sector reforms have eased the state’s burden by eliminating subsidies that sucked up the equivalent of 8% of gross domestic product.

Let’s not beat about the bush. It’s doubtful that these gains would have happened without the IMF’s program and wider international commitment – and this touches on the geo-political importance of Ukraine to the West. It is too big to fail. The European Union doesn’t want a collapsed state on its doorstep.

At the same time, the new government has made impressive strides in changing the way it does business. The 2017 draft budget was presented to Parliament on time – a rare achievement here. And as everyone is proud of telling us on the ground, Ukraine managed to avoid importing gas from Russia last winter, ending a dependency that’s been exploited by Moscow as a geo-political weapon for decades.

Further progress depends heavily on the ability of a small group of reformists in the government to counter entrenched vested interests. Oligarchs have been weakened through a decline in their wealth but they still have plenty enough to buy influence in Parliament. While the average wage is $200 a month – and that includes many ministers – the six richest oligarchs own a combined $8 billion of assets, Forbes reported in April. That’s equivalent to almost a tenth of GDP.

With the ruling coalition’s combined seats falling just short of a numerical majority in the Rada, Prime Minister Volodymyr Groysman is dependent on other lawmakers for support. The government’s first year of immunity from any attempt at dissolution expires in April, when opposition leaders led by Yulia Tymoshenko will inevitably push for a vote of no confidence to capitalize on the government’s low approval rating. Grosyman’s case won’t be helped by the doubling of gas tariffs that will be felt by Ukrainians paying their utility bills this winter.

The government has pushed through a lot of tough reforms – exchange rate flexibility, bank overhauls – but energy is particularly important. Not only were subsidized gas prices draining the budget, the system encouraged corruption. It allowed gas intended for sale to households at a discount to be diverted to industrial users for a higher price. After multiple adjustments under the IMF program, tariffs are now at a level to cover costs.

In the battle against graft, tax is another crucial front. Under the previous regime, local tax inspectors would request additional payments. VAT refunds were delayed or not paid at all. Reform should help to bring more earnings out of the shadows and into the formal economy.

The latest push focuses on the judiciary, police and public administrations. For the first time, life-long officials must account for their wealth. Fifty thousand high-ranking public servants were due to disclose their assets and income by the end of October – and this deadline has been achieved. Those who failed to file are criminally liable.

The next step is for the results to be made public and any criminal penalties imposed. A further 400,000 officials will follow with declarations by April, and a million more are targeted by October. It’s not just government employees: judges are being forced to declare their incomes and assets online.

As Ukraine seeks to rebuild its nation state and break down vested interests, it must to restore confidence in institutions and show that they’re working. The litmus test will be whether corruption charges are brought against anyone of true significance. The Kievites will be watching.

The author Stuart Culverhouse is global head of research for Exotix Partners.

Ukraine Election: Europe’s Resource-Rich Bridge Between East and West is at Stake