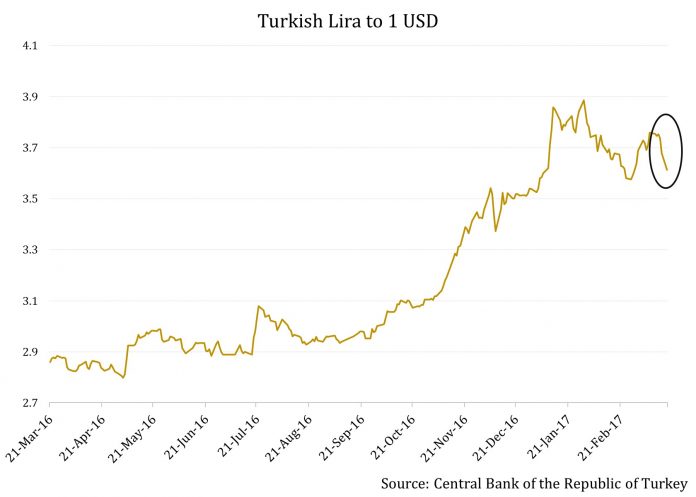 This is post 1 of 3 in the series “Intermittent strength for the Turkish lira? And Can Stocks Continue Their March?”

This is the second successive meeting in which the central bank has increased rates. In its previous meeting in January, the bank had raised the overnight rate by 75 basis points to 9.25%.

This move is a continuing series of actions by the central bank in order to tighten liquidity, apart from checking inflation. Inflation in Turkey had come in at 10.1% in February – considerably higher than the 5% level targeted by the central bank.

By tightening liquidity, the Turkish central bank also aims to support the lira which remains one of the biggest decliners against the US dollar in YTD 2017. Since high inflation tends to have a weakening impact on the currency, the central bank ensured that it alluded to it in its policy statement. 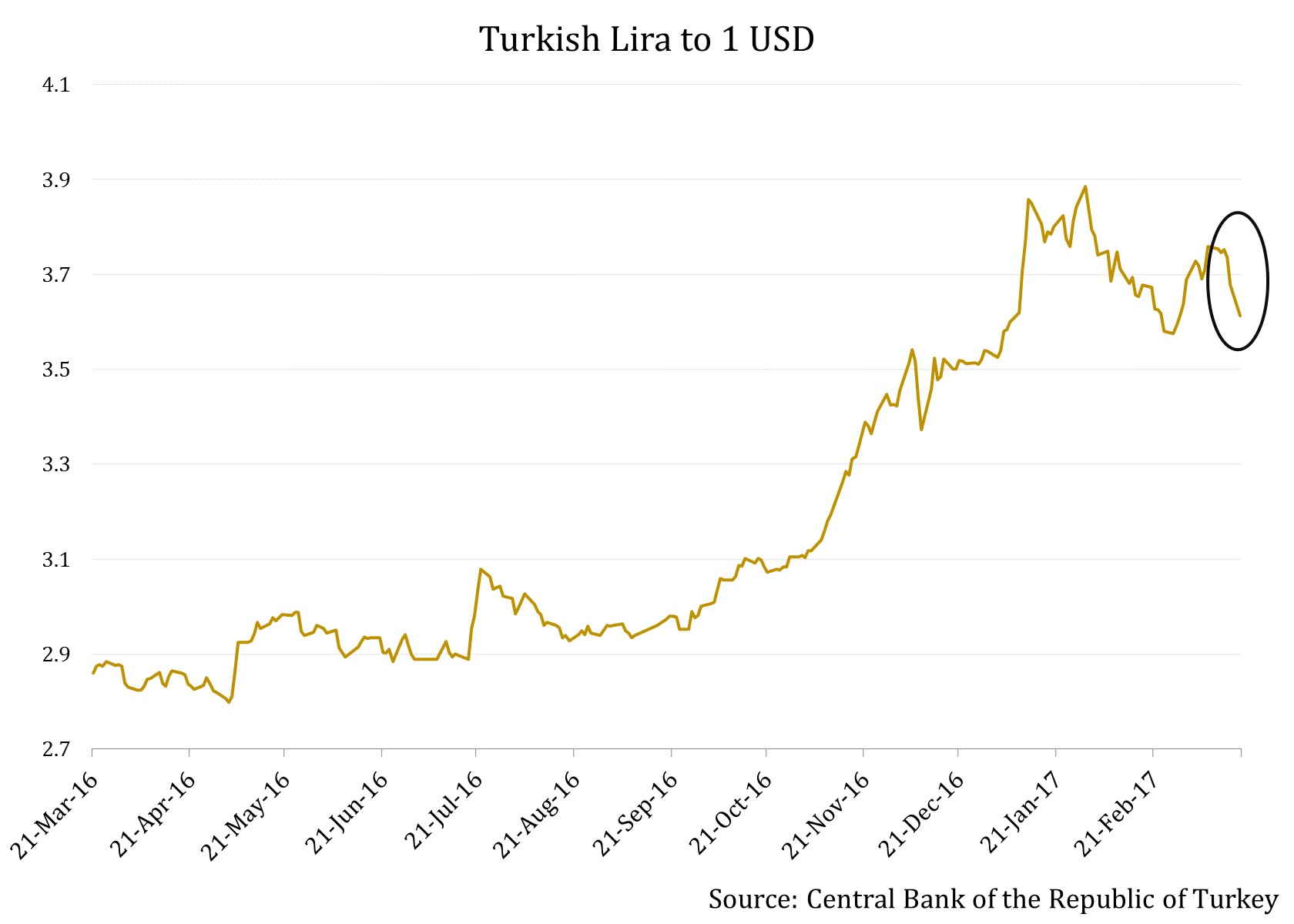 The graph above shows the movement of the Turkish lira against the US dollar. An upward movement indicates a weakening lira vis-à-vis the dollar and vice-versa.

Post the announcement of increase in the late liquidity window on March 16, the lira has strengthened as highlighted in the graph.

However, this strength may be temporary – similar to the way it was after the monetary tightening in January.

The primary reason for this is the central bank has not moved its key rate – the one week repo – which will be a much stronger signal to markets about its intent to rein-in inflation and support the lira. The late liquidity window has not been used much by lenders and the central bank has been trying to increase its use. This is critical to the rate on this window being effective in dialing down inflation.

According to Bloomberg, “the last time Turkey’s central bank raised benchmark rates in January, by as much as 100 basis points, it allowed the average cost of funding to creep up by only 13 basis points by adjusting its funding mix to favor lower rates, fueling a sell-off in the lira.”

Hence, if lending from this window does not pick up, the lira can be expected to begin weakening again.

In the next article, let’s look at why the central bank has left its key interest rate unchanged so far and whether there’s a possibility of change in the status quo.

This is post 1 of 3 in the series “Intermittent strength for the Turkish lira? And Can Stocks Continue Their March?”