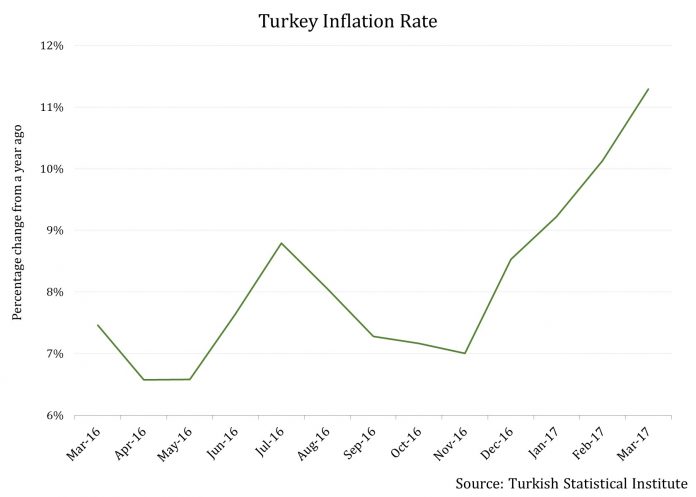 This is post 3 of 5 in the series “But Will Investors Exclude Absolute Confidence in Turkey?”

After having seen the possible impact of a stronger presidency on the country’s foreign relations in the previous article, let’s turn our focus to how it can impact Turkey internally.

President Recep Tayyip Erdogan has argued in favor of the presidential system citing instances of similar systems in the US and France. But his system, with the suggested amendments to the constitution, leaves little room for any oversight – a key difference between Turkey and the aforementioned countries.

And the razor thin margin of victory at the polls, along with allegations of irregularity in the vote, have created further questions around justification of the the sweeping changes. 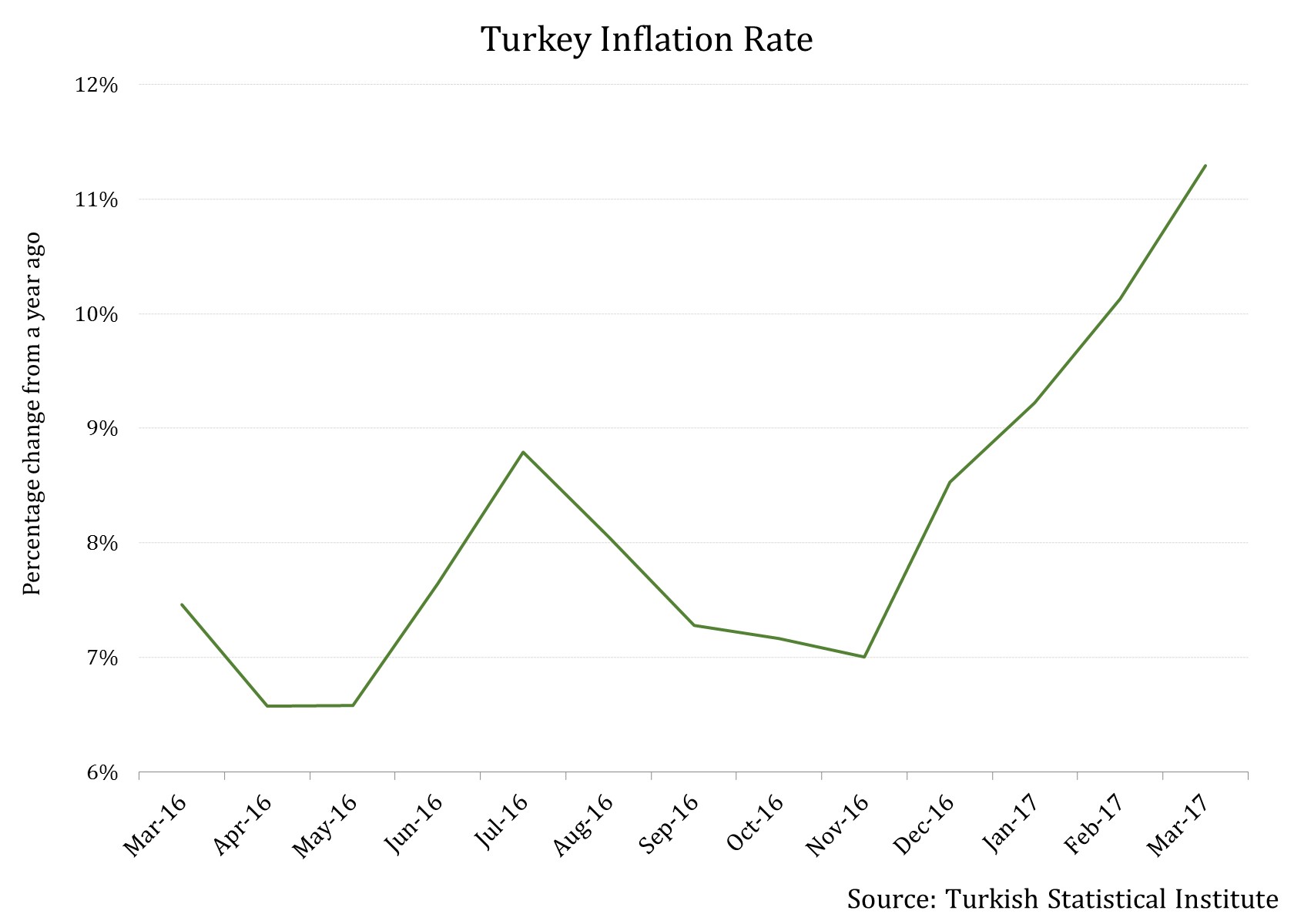 One of the ways Erdogan needs to instill confidence in his citizens is by getting Turkey’s economy back on track.

In a positive, the country’s official consumer confidence index rose 5.1% month-on-month to 71.3 in April, according to data released by the Turkish Statistical Institute. The general economic situation expectation index and the probability of saving index rose, with the latter surging by 26.3% to 25.1 in April.

However, other indicators paint a far less rosy picture of the economic health of the country.

Turkey’s budget deficit surged to 19.5 billion liras ($5.3 billion) in March, compared to 6.6 billion liras a year ago, with expenditures surging by 25% and revenue declining by 3% from a year ago. An increase in government spending in the run up to the referendum was partly responsible for the sharp increase in the deficit.

The worsening of public finances had led to the country losing its investment-grade credit rating in 2016.

Meanwhile, general unemployment increased to 13% in January – the highest in seven years. Even more importantly, unemployment in youth rocketed to 24.5% percent in January, up from 19.2% a year ago.

Further, inflation has continued to rise, as shown in the graph above. And even though Turkey’s central bank has raised interest rates, it has done so against the wishes of the President who has publicly expressed his dislike for rate hikes due to their negative impact on economic growth.

With a stronger Erdogan, the central bank may find it even more difficult to put in place contractionary monetary policy measures to rein-in inflation.

In the next article, let’s look at how investors can react to this monumental change in the country.

This is post 3 of 5 in the series “But Will Investors Exclude Absolute Confidence in Turkey?”