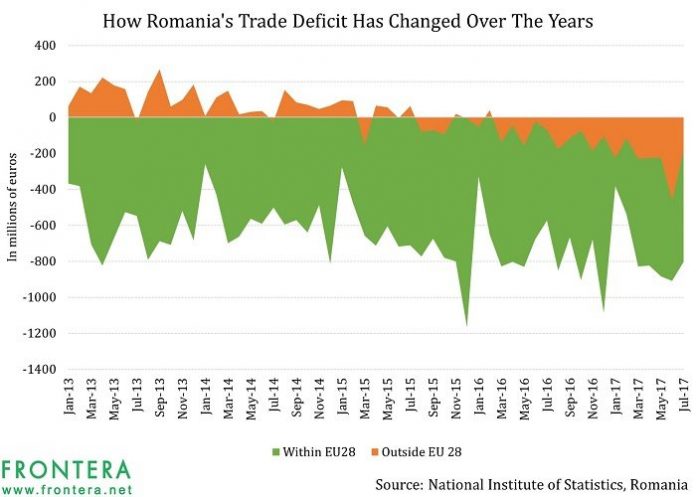 Despite registering encouraging results on a variety of economic indicators, Romania has some headwinds that are seen as causes for concern. One of them is the trade deficit. 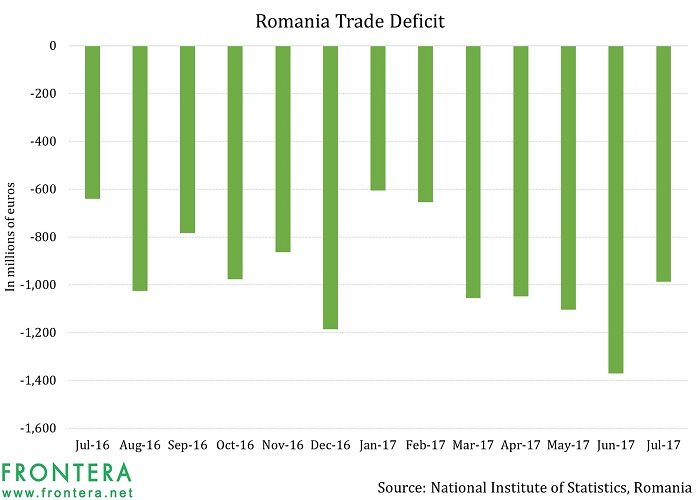 The graph below is even more interesting. 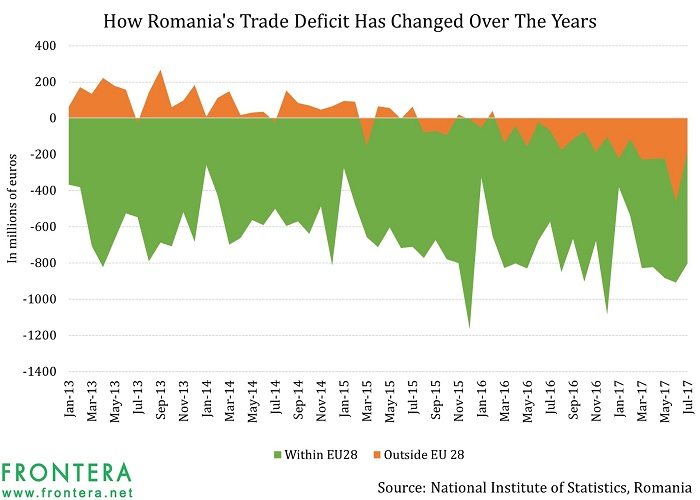 It shows that though Romania has always maintained a trade deficit with the EU28 region, it is the surplus with countries outside the EU28 region that has turned to a deficit over the past three years, thus contributing to a rise in overall foreign trade deficit.

Apart from the trade deficit, the country’s budget deficit is also being scrutinized closely. 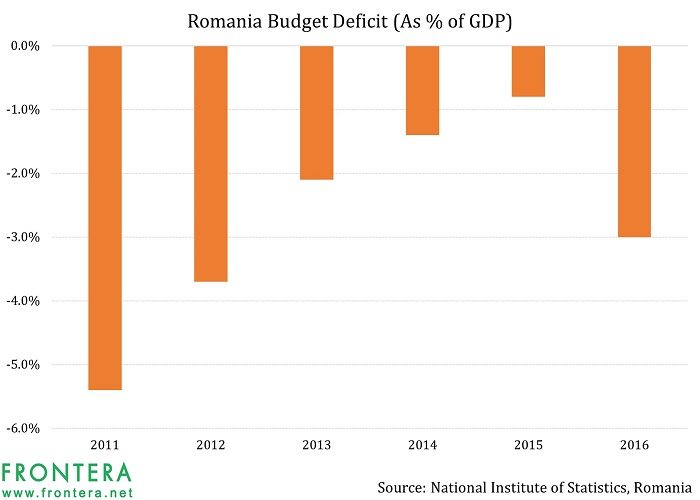 As seen from the graph above, its budget deficit had hit the 3% of GDP (gross domestic product) limit in 2016 set by the European Union (EU).

Given that it intends to reduce taxes and increase wages and investment, it is bound to breach the limit this year. The EU expects Romania’s budget deficit to remain above the maximum allowed 3% level in 2018 as well.

Investment remains weak due to the country’s poor infrastructure.

In an interview with the Financial Times, Ilan Laufer, the business environment minister of Romania, said that “Infrastructure is the main thing holding back investment,” adding that “It’s our weakest point. That’s why we are doing everything to connect the country’s highways by 2020.” 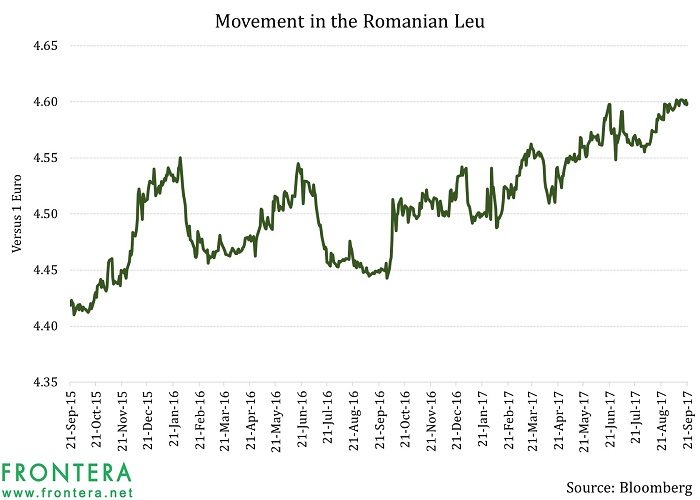 Let’s take the Autostrada Transilvania as an instance. The motorway was expected to connect the Middle East, central Europe, and the former Soviet Union with a planned construction of 415 kilometers. However, after spending nearly 1.4 billion euros, it was abandoned by the government in 2013 after a decade of patchy progress; only 52 kilometers were ever built.

Fiscal constraint is a major reason why the government never saw the seminal project through.

According to the Financial Times, Romania has been provided 9.5 billion euros by the EU under the 2014-2020 Large Infrastructure Operational Programme. However it has yet to be deployed due to political instability in the country.

Even the markets are reflecting inherent weakness. For a country growing as quickly as Romania, its currency should not be weakening as much as it has against the euro (see the graph above), indicating that quality of the growth is questionable.

Speaking of markets, what does this state of the country mean for investors in the country’s capital markets? Let’s assess in the next article.