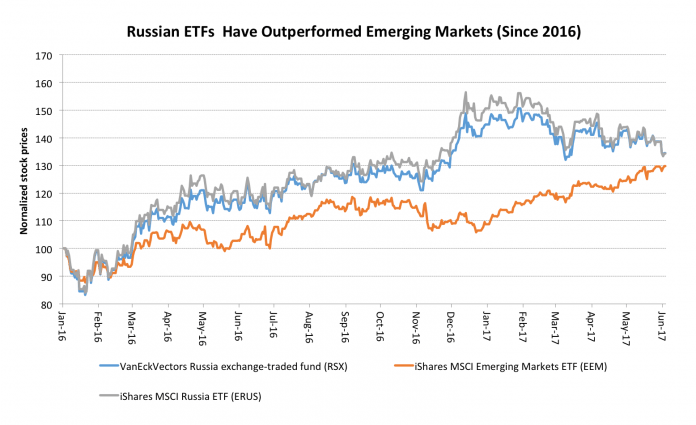 Russia is generally considered as an oil and gas play by foreign investors. Nearly 70% of the Russian government’s revenues are derived from the sector. When oil prices bottomed out in 2015 and the first half of 2016, Russia’s growth suffered. However, with prices stabilizing now, fund managers have turned bullish on the country.

Mike Reynal, emerging markets investor with Sophus Capital, thinks Russia has hit the trough. “I think that Russia has already had the beginning of a bounce, with oil stability having a positive impact on confidence,” he says. “The fiscal numbers remain robust because of oil; the current account is still positive and the political news has abated, but let’s leave that aside,” he continued. “I think investors are seeing an improvement for 2017.” 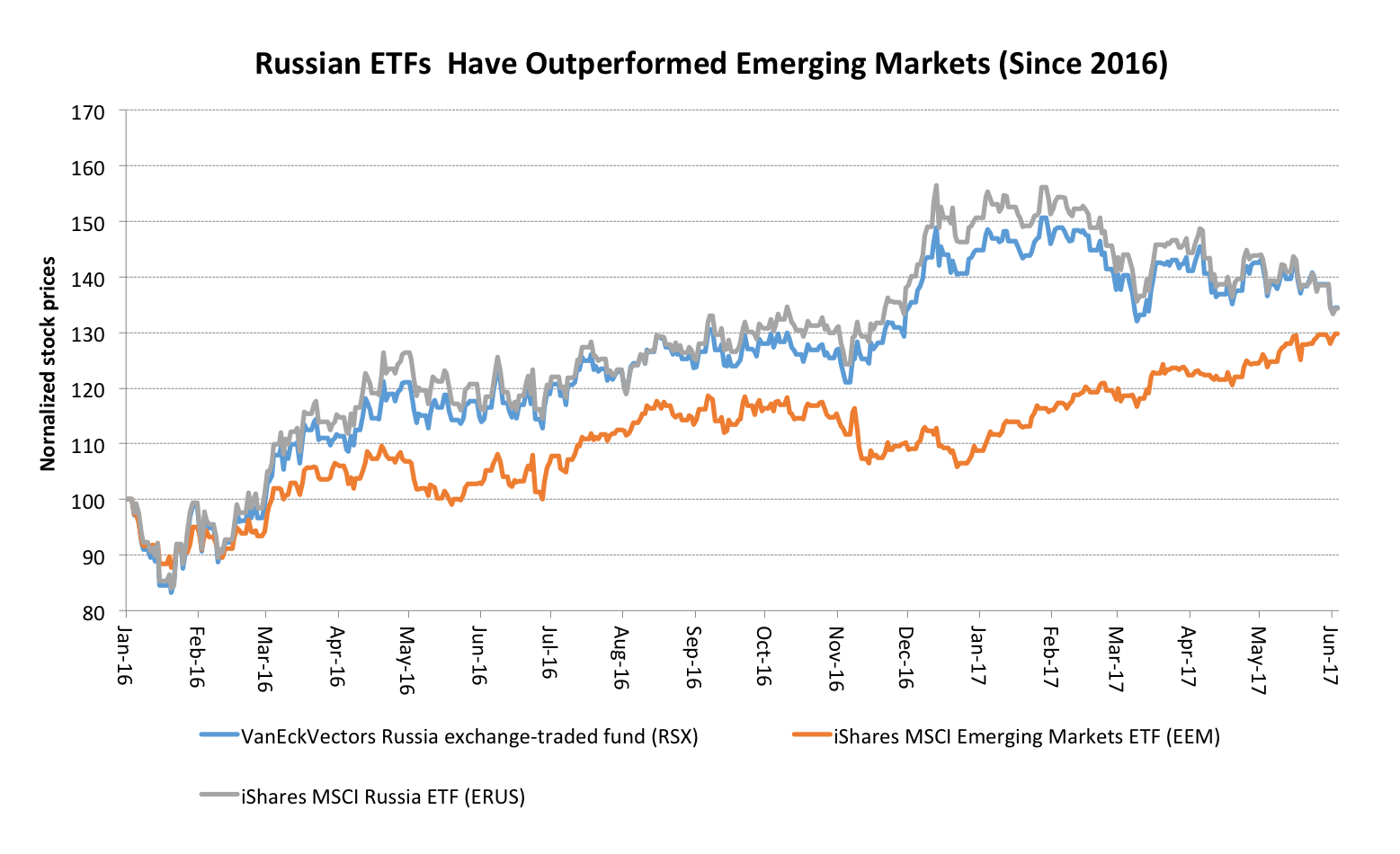 The iShares MSCI Russia ETF (ERUS) lost 10.8% YTD but is up 13% over the past 12 months. The MSCI Emerging Markets Index (EEM), which has been helped along by both Russia and Brazil this year, is up 19% YTD. The VanEckVectors Russia exchange-traded fund (RSX) is down nearly 7% this year.

Mark Mobius, executive chairman, at Templeton Emerging Markets Group, is also optimistic on growth prospect in the country. “Russia has been an opportunity in the last few years. We’ve wanted to do more in Russia but couldn’t because of sanctions. There are certain companies we could buy and others we couldn’t. If sanctions are lifted I think there will be even greater opportunity because the consumer market is growing there and you have a lot of resources.”

Moody’s continues to rate Russia’s sovereign debt as junk but has a stable outlook on the country. Kristin Lindow of Moody’s believes Russia should benefit from higher oil prices and forecasts GDP growth of 1.5% for 2017 and 2018.

Neptune Investment Management’s Robin Geffen believes Russian stock markets are attractively valued and its fundamentals are supportive of strong economic growth. The fund manager is bullish on the country in the short term.