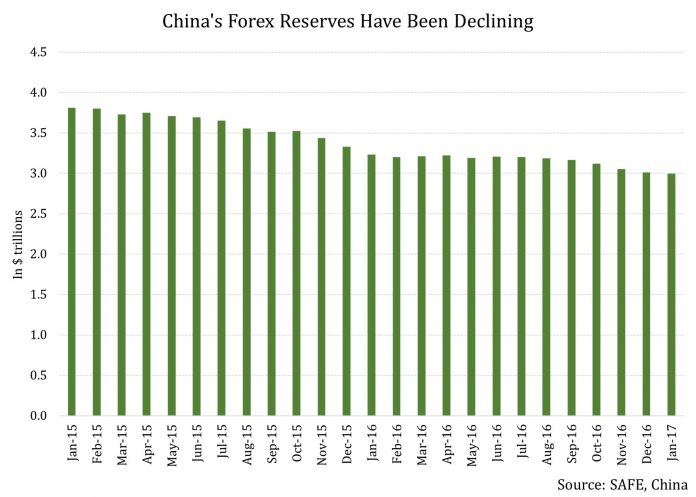 This is post 1 of 2 in the series “But Capital Outflows to Continue?”

Athough emerging markets (VWO) are enjoying popularity amongst equity investors, as mentioned in the previous article, the situation remains bleak in terms of overall capital flows. The Institute of International Finance expects capital outflows from emerging markets to continue for the fourth consecutive year in 2017.

According to the Institute, the 25 emerging markets in its group are forecast to see capital outflows amounting to a total of $490 billion.

China (ASHR) will lead the aforementioned group in outflows. The Institute expects China to witness net capital outflows of $560 billion. 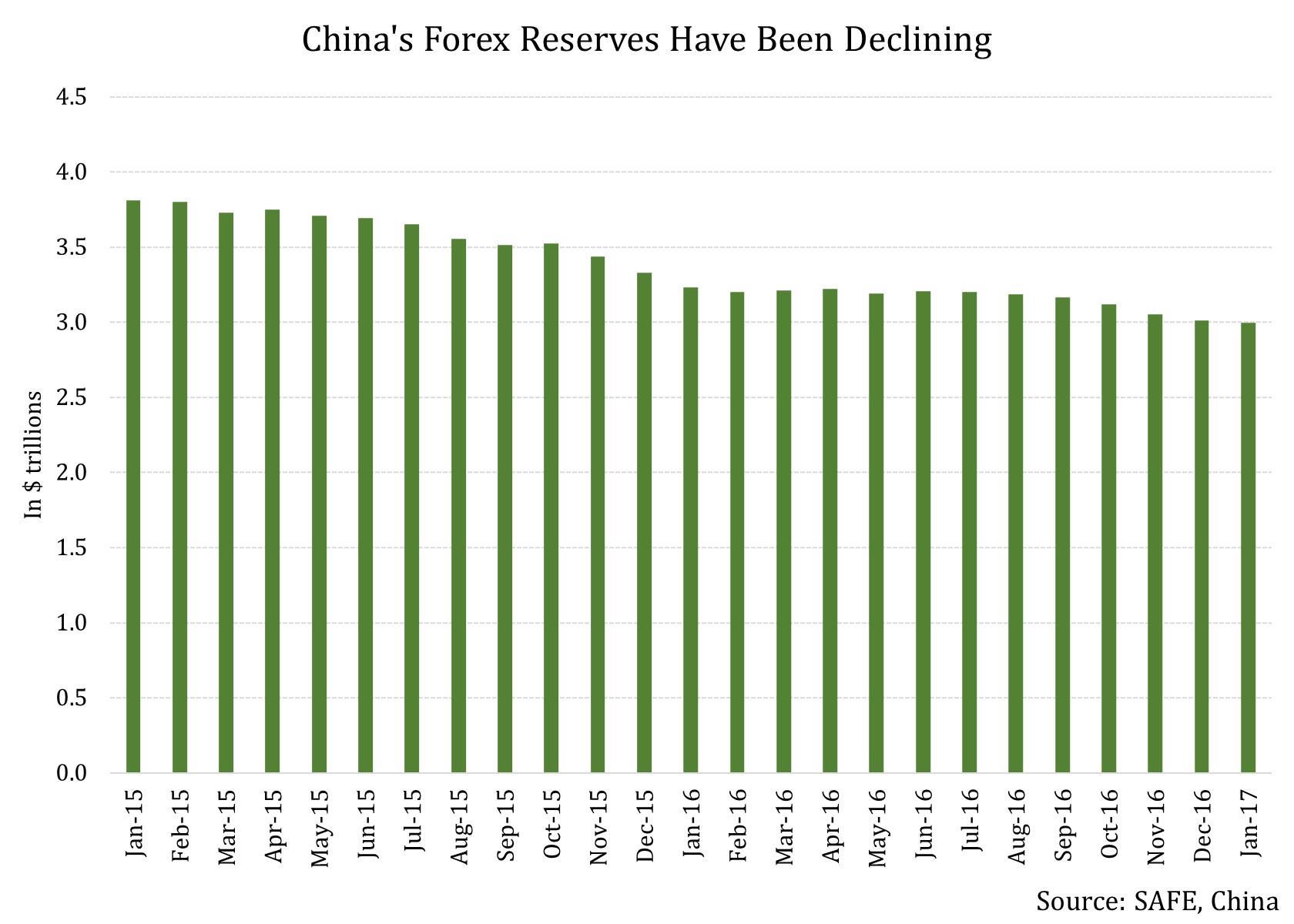 China has been burning through its massive forex reserves, as can be seen from the graph above, to support the renminbi as capital outflows have put pressure on the currency. The amount of forex reserves reported for January was below $3 trillion and the lowest in nearly six years.

A decline in expectations of FDI (foreign direct investment) is primarily responsible for the overall negative flow assessment of emerging markets. The institute expects FDI flows to emerging markets to decline to their lowest level since the financial crisis of 2008.

If outflows from were to be excluded, the Institute expects emerging markets to witness inflows amounting to $70 billion – nearly twice of the quantum seen in 2016. However, the Institute is cautious about these inflows.

Reuters reported Hung Tran, the Institute’s executive managing director, as saying that “While we project a slight uptick in capital flows in 2017, policy risks and potential deterioration in the global environment makes us cautious.”

The strength of the US dollar (UUP) impacts capital outflows, but is less of a worry in the face of trade protectionism. Even rate hikes in the US – the traditional cause of sharp outflows from emerging markets – have taken a backseat to protectionism.

Reuters quoted the Institute’s report as saying “The global economic outlook remains very uncertain, with an almost binary outcome likely to be determined by the severity of the protectionist measures to be introduced by the new Trump Administration and the outcome of the French presidential election.”

This is post 1 of 2 in the series “But Capital Outflows to Continue?”