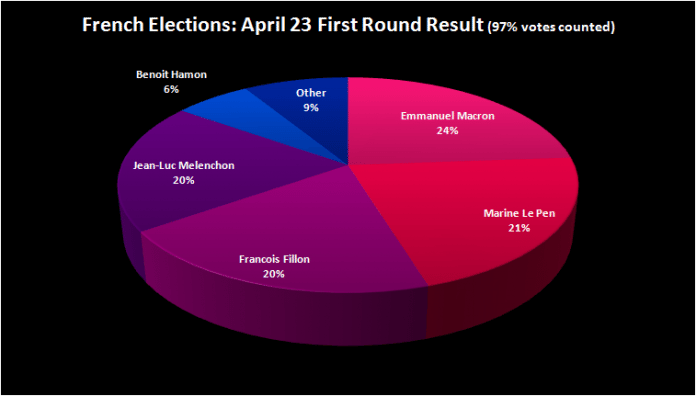 With the first round results of the French (EWQ) presidential elections now out, En Marche candidate Emmanuel Macron has taken the lead with 23.86% of the 97% votes counted on April 23, seconded by Marine Le Pen of the National Front with 21.43% votes. Republican Francois Fillon, Jean-Luc Melenchon of the La France Insoumise, and Socialist Benoit Hamon secured 19.94%, 19.62%, and 6.35% of votes, respectively. 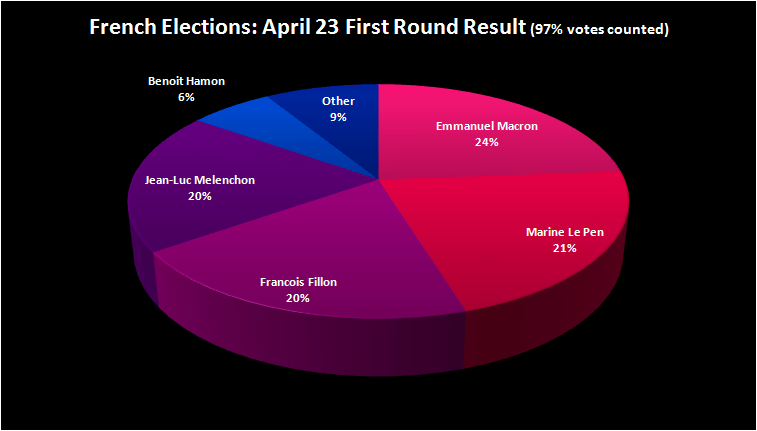 Accordingly, Macron and Le Pen are through to the second round to be held on May 7. What makes it interesting is that the two candidates differ markedly on their visions for France, as well as their stance on Russia (RSX) (RUSL) (ERUS) (RSXJ), Europe (VGK) (FEZ), and immigration, among others.

A face-off between these candidates on May 7th, therefore, implies Russian equity either soars or slumps. While a Le Pen victory should bode well for Russian markets, a Macron victory could ring warning bells for the economy — especially its oil and gas industry — as discussed next.