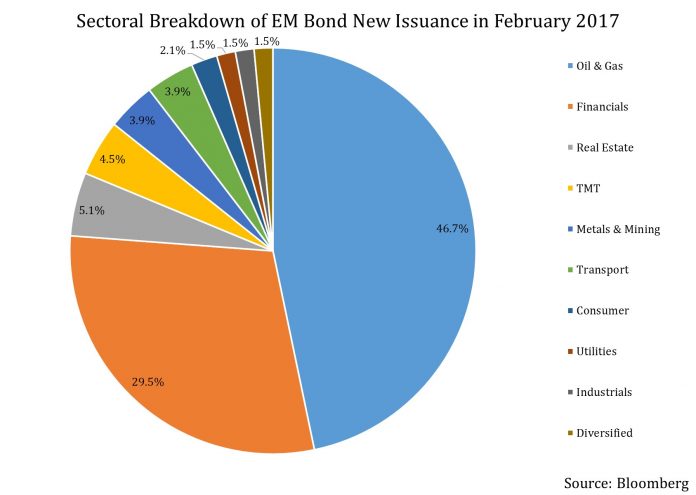 This is post 2 of 3 in the series “Increased Demand for Emerging Market Bonds: More Than Just Chasing Yield?”

According to Bloomberg Intelligence fixed income strategist Damian Sassower, the sector has led emerging market bond issuance in 23 of the past 24 months. 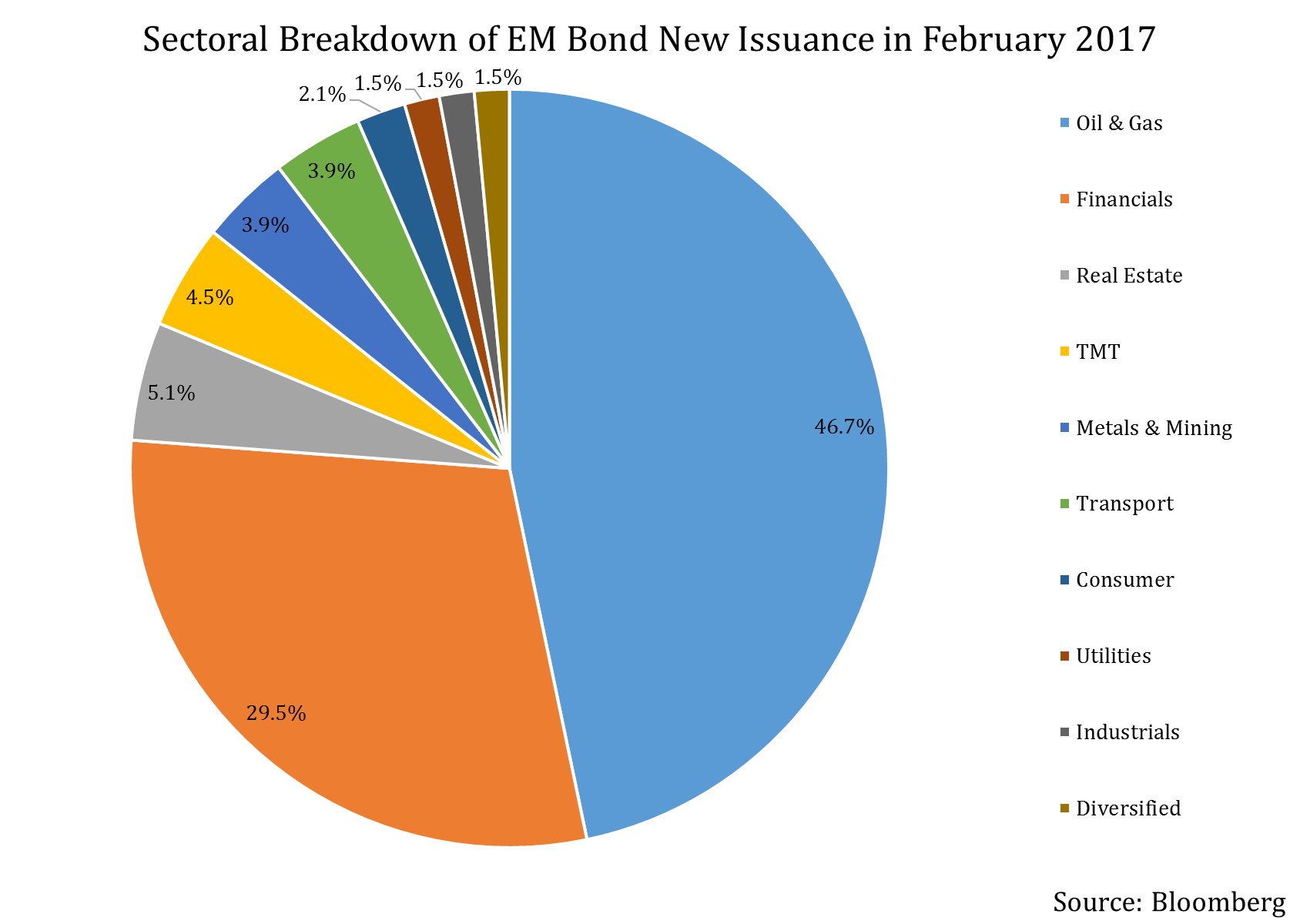 However, it was financials which led the way in February. Bloomberg verified it was the most active sector for the month for new emerging market bond issuance. Bonds from the sector were issued by 11 entities from five countries. Citing reasons for issuance activity in the sector, the Bloomberg report noted that views that “global reflation may lead to wider margins and improved market conditions.”

But even after a lower amount of issuance compared to January, sovereign bonds (PCY) saw their weight in the aforementioned index rise to 41.2%. This was due to solid returns from the category which led to a 70 basis point increase compared to its peers.

Pemex, whose 4.25 billion euro bonds is the largest euro-denominated issue in emerging market offering so far, led gains. Bloomberg noted that Pemex’s bonds comprised “six of the 10 top-performing new issues based on total return since inception.”

At a time when the US Federal Reserve may be about to hike rates, why are investors increasing exposure to dollar-denominated emerging market debt. Let’s look at that in the next article.

This is post 2 of 3 in the series “Increased Demand for Emerging Market Bonds: More Than Just Chasing Yield?”