The MSCI China Index does well in January

Chinese stocks, as represented by the MSCI China Index, returned 6.8% in January 2017, ranking fifth among emerging market country indices. This performance has helped the MSCI Emerging Markets Far East and Asia Indices emerge as second and third best regional performers for the month. Stocks from China form 43% and 37.8% of the aforementioned indices respectively.

MSCI has several indices for China, but we’re referring specifically to the MSCI China Index and not the China 50 Index or the China with partial ‘A’ shares Index. 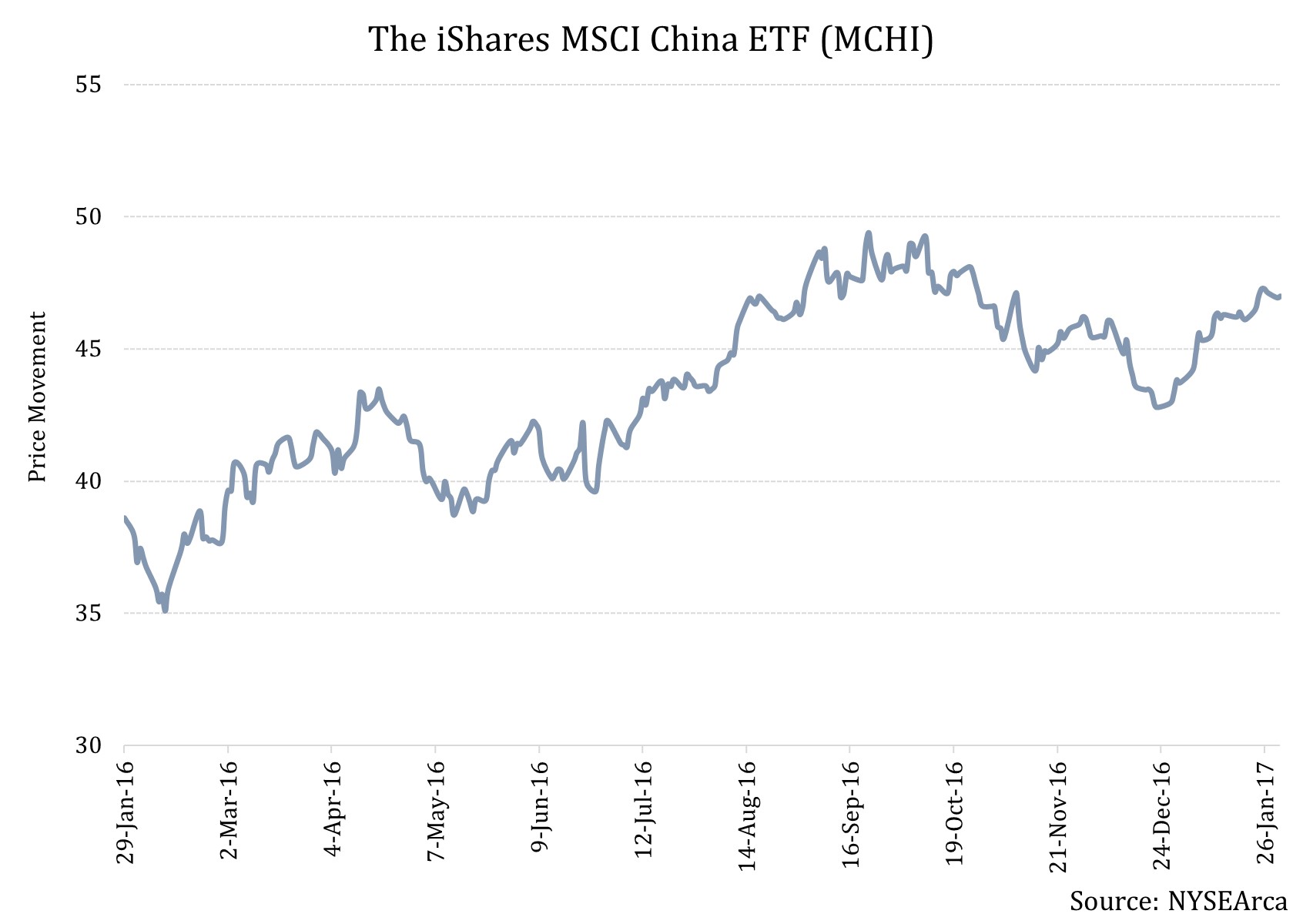 2016 had started quite poorly for China. Worries regarding the yuan were already lingering from 2015 and macroeconomic concerns added to them, resulting in a sharp decline to start the year in January 2016 before powering through the remainder of the year.

2017 then brought good news to Chinese stocks. Events like Brexit and the US election took some of the spotlight away from China. While out of the spotlight, its economic indicators like purchasing managers’ index for manufacturing, showed improvement, thus infusing renewed confidence among international investors.

Apart from that, there are sizable issues domestically as well. Capital outflows continue to plague the nation and cheap credit threatens to turn into a mega asset bubble if not controlled soon. These are major areas of concern which can exert negative influence of stocks as 2017 unfolds further.