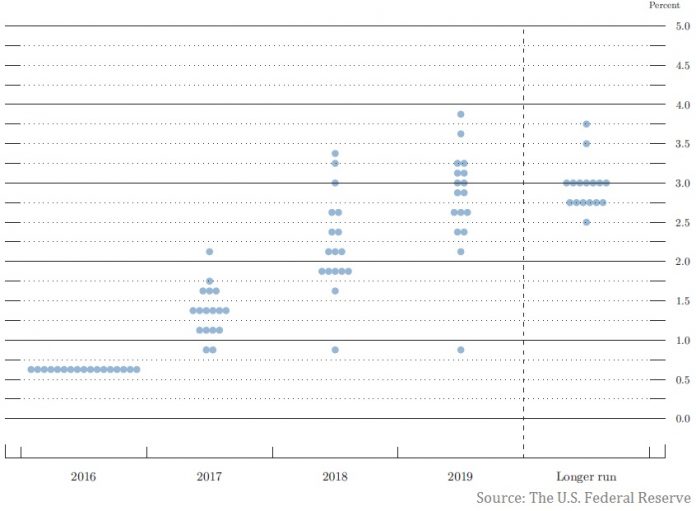 In the previous article of this series, we discussed the views of the FOMC (Federal Open Market Committee) on three major economic indicators of the US and their projections for these indicators outlined in the SEP (Summary of Economic Projections). Apart from economic indicator projections, the SEP also contains a graph popularly known as the dot-plot. This graph displays the projected path of the federal funds rate as expected by policymakers.

Rate hike projections for other periods

Except for one participant, all others expect the federal funds rate to be above 1.5% by the end of 2018. At the rate of 25 basis points, this translates into at least four rate hikes in the coming two years. Interestingly, that one member expected the rate to remain in the 0.75-1.0% range for not only 2018 but 2019 as well. This effectively means that this member expects only one rate hike over the coming three years.

In the longer-run, seven members expect the federal funds rate to settle at 3.0%; in September, six members had expected the rate to be at this level in the longer-run.

In the next three articles, let’s look at the impact of this monetary policy stance of the US on emerging markets.