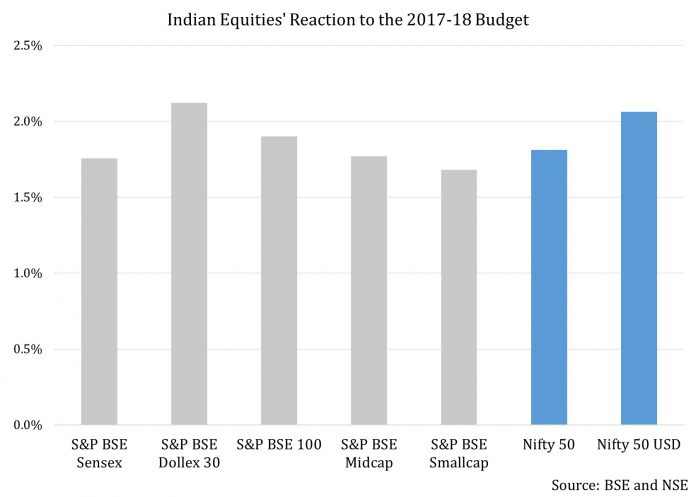 The Union Budget announcement for 2017-18 by the Indian government provided a shot in the arm to Indian equities (EPI). The graph below shows returns for February 1 – the day of the Budget announcement. Except for the S&P BSE Dollex 30 and the Nifty 50 USD, all other returns are in Indian rupee terms. 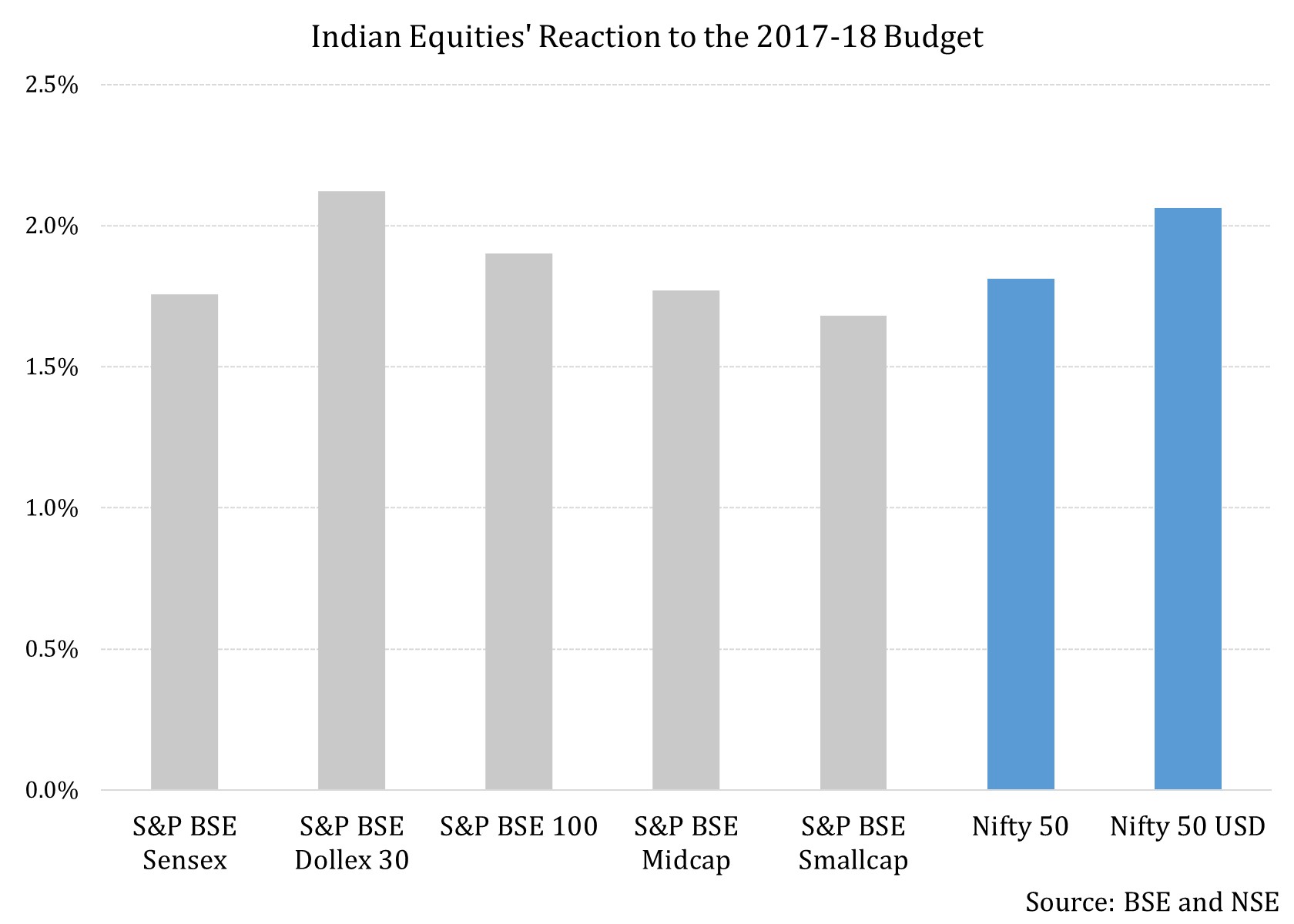 To the jubilation of equities, neither of the fears materialized. Given that equity market participation by retail investors is relatively low, a move in either aspect could have been detrimental to investor sentiment and would have dissuaded them from investing in equities. Institutional investors may have flagged it negatively as well.

In order to assess a definite reaction to a budget announcement, it often takes the markets a few days to react as participants go through the budget document in detail and obtain a holistic view. Equity indices were up of February 2 as well.

Since the end of January, benchmark equity indices S&P BSE Sensex and Nifty 50 are up over 2% each, while their dollar-denominated versions have risen 2.7% and 2.6% respectively. Mid and small cap indices have outperformed the broader-based indices.

The move to leave FPIs (Foreign Portfolio Investors) out of the ambit of the indirect transfer tax obligation, as detailed in the previous article of this series, was a cause for celebration for foreign investors.

The adherence to fiscal discipline was also a cause of cheer among investors.

Speaking of fiscal discipline, let’s look at that aspect and what the government said about it in the next article.