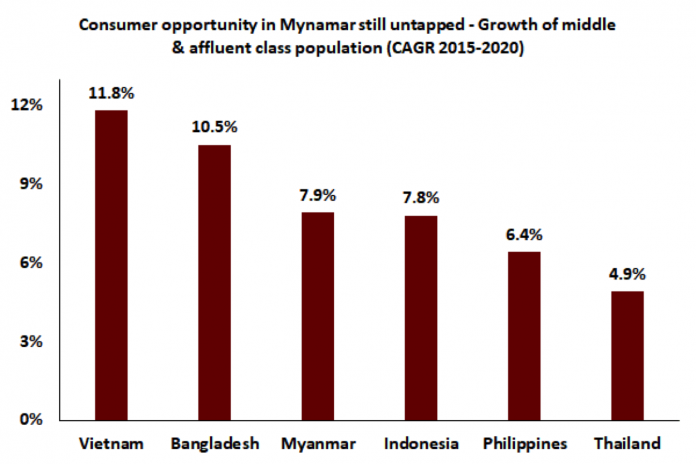 Asia Frontier Capital’s Regional Investment Analyst Scott Osheroff recently traveled to northern Myanmar to visit the mine site of one of its portfolio companies.

The National League for Democracy (NLD) seems to have potentially finally come to the realization that the economy is suffering and therefore that their party is at risk of losing a number of seats in the 2020 elections. This has led the NLD to liberalize several sectors of the economy recently, namely allowing foreign banks to lend locally and announcing the liberalization of the insurance sector from 1st April 2019 while holding the Invest Myanmar conference in Naypyidaw at the end of January where Aung San Suu Kyi marketed the country as being open for business.

With GDP growth for 2019 revised down to 6.3%, the economy is still growing robustly. However, with several armed conflicts continuing in the country, Myanmar is at risk of losing its General Scheme of Preferences (GSP) to the EU which could impact the garment sector which contributes nearly 80% of exports.

However, the long term opportunity in Myanmar is still very clear and while the country may not become a manufacturing destination like Vietnam or Bangladesh due to its high land prices, inefficient logistics and unreliable electricity supply, Myanmar has an opportunity to build a more diversified economy covering agriculture (as it was the largest rice producer in the world in the middle of the last Century), natural resources, tourism and logistics, the latter of which will require significant investment but which the Chinese are keen to assist with.

The economy appears to be showing some early signs of a recovery this year relative to the slowdown experienced in 2018 and we expect this to continue if the reforms the NLD announced come to fruition, especially with the liberalization of the insurance sector as this could potentially bring hundreds of millions of dollars of much needed FDI to the country and act as a new area for employment. The consumer opportunity in the country also remains untapped given a large population of 53 mln people and a median age of 28 whose disposable incomes are rising from a low base. 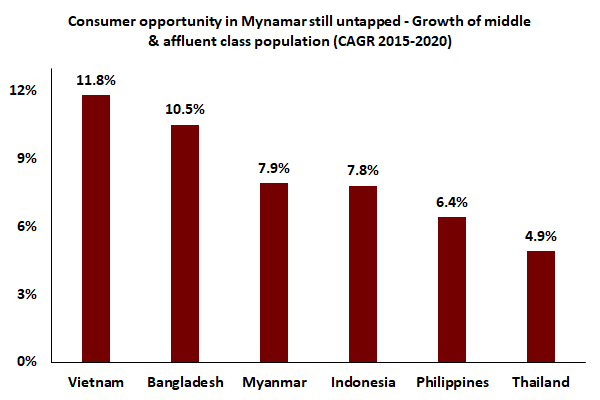 To quote a friend in the Myanmar mining industry, “If you want to find elephant-sized mineral deposits, then go hunting in elephant country”. Without a doubt, Myanmar is elephant country.

In January I was invited on a site visit to the Bawdwin mine in northern Shan State, majority owned by Australian-listed Myanmar Metals (ASX: MYL) but whose history dates back to 1412 when early Chinese miners used primitive methods to mine an elephant of a lead/zinc/silver deposit with bonanza grades of greater than 800 grams per ton of silver. Having been an informal operation for hundreds of years, in the early 1900’s the area was developed into a world class mine, making it the single largest lead, zinc, and silver producer in the world pre-World War II era. A true time capsule which well illustrates many aspects of Myanmar, the Bawdwin mine’s development was led by Herbert Hoover (prior to his 1929 US presidency) and it ultimately fell into the hands of the Japanese during World War II, before being nationalized by the then Socialist Burmese government. Only in 2009 was the mining license sold to a private company with the aim of putting Bawdwin back into production. This led the company in 2015 to partner with MYL who is footing the bill to prove up the existing resource and put this behemoth of a mine back into production.

Nothing in Myanmar is simple, neither the politics, the culture, nor the landscape. As such, it was only appropriate that as our ATR took off from Yangon International Airport to Lashio, the capital of Northern Shan State, we would not be flying direct, but rather doing a puddle jump through Heho airport in Southern Shan State (home of the famous Inya Lake) and then continuing onward to Lashio. Having spent time in South Shan before, I was looking forward to being in North Shan as it is a region steeped in a fascinating history of immense mineral wealth, fiefdoms and happens to be the regional birthplace of many of Myanmar’s current tycoons.

Landing in Lashio airport around 15:00 the group I was with had to go through immigration (even though we never left the country), something I always found strange in Myanmar for our hotel still registers us with immigration and if we were to drive instead of fly to Lashio the same bureaucratic procedure would not have applied. But after all, this is Myanmar, a country where you learn to not question the out of the ordinary.

After gathering into two cars we drove to visit a zinc refinery on the outskirts of town. A Burmese and Chinese partnership, the zinc refinery is modest in size, but has been processing the tailings of the Bawdwin mine which are still rich in zinc. The management and workers were mostly Chinese which makes sense as China has a big and growing influence in Shan, as well as this refinery being less than 200km from the Chinese border meaning China is the natural buyer of most materials produced in the region. 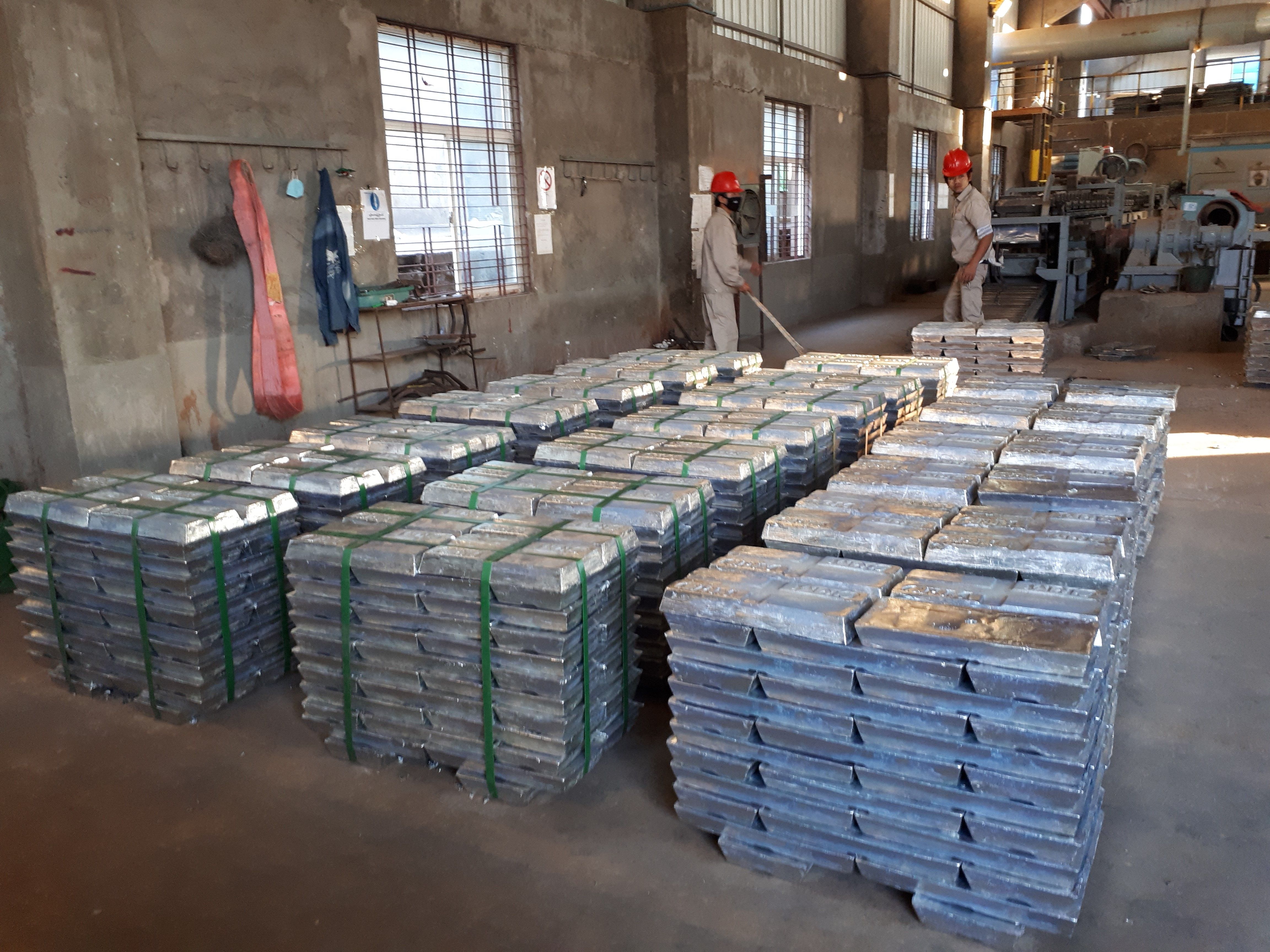 As we returned from the refinery to Lashio the sky was painted a fiery red due to all of the slash and burn agriculture which made for a spectacular sunset. With the sun going down we decided to spend the night in Lashio as the road to Bawdwin is full of switchbacks amid second growth jungle and in this part of Myanmar you never know when an ethnic rebel group might decide to set up an unofficial roadblock at night…foreigners would be a good bounty.

The next morning, we set out at 06:30 for Bawdwin. On the outskirts of Lashio we passed a Tatmadaw checkpoint (Burmese military) and set off on the four-hour journey of winding road through gorgeous country. We passed through what during the rainy season would be neon green terraced rice paddy and small villages where oxen are still the main mode of transport. Toward the end of our journey we passed through the town of Namtu (which we revisited later in our trip) and made our final push up a mountain pass to Bawdwin. 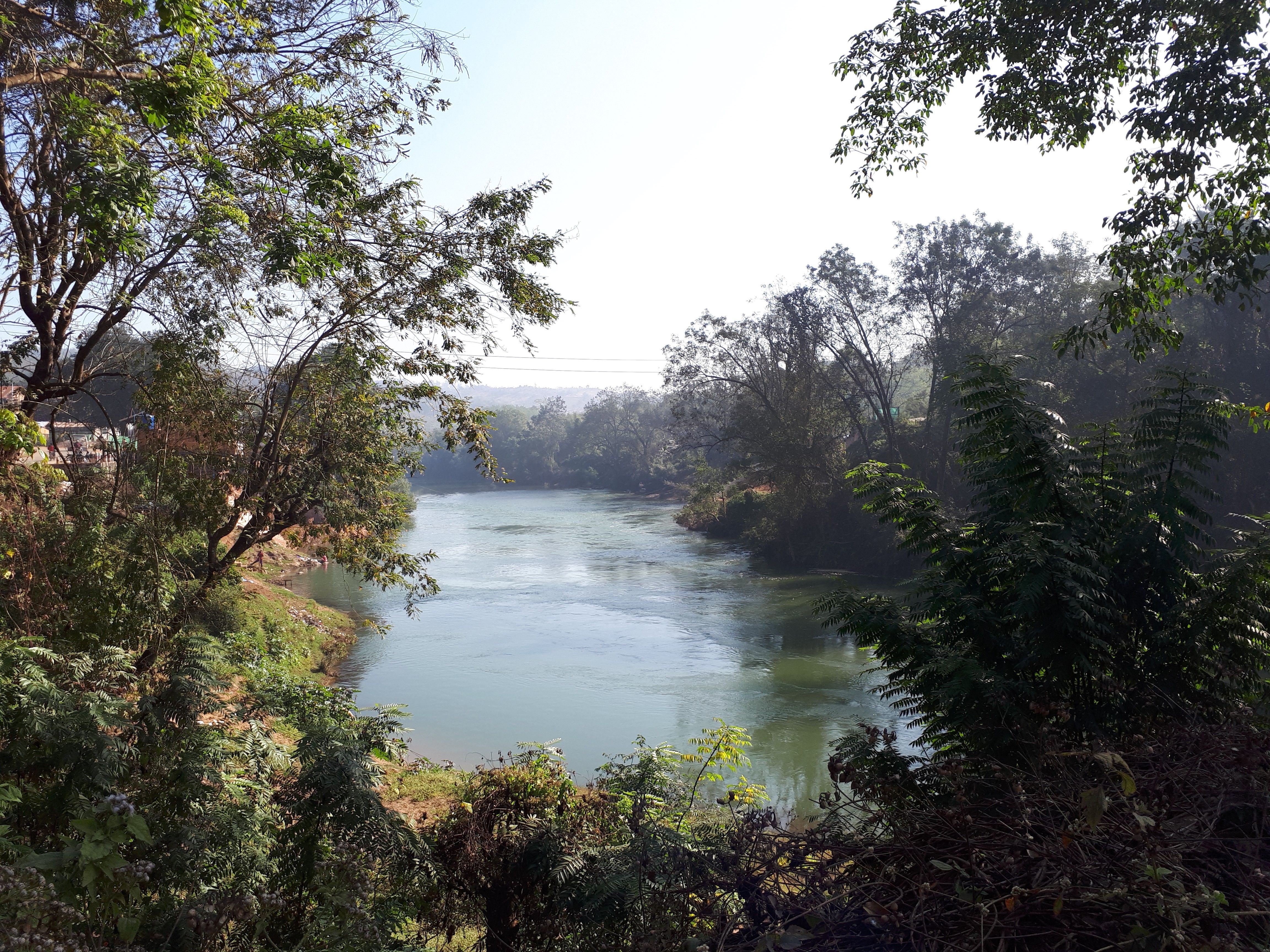 After four hours driving switchbacks it was great to finally arrive at the mine as we drove through the old open pit mining operation (China pit) through to Bawdwin village which is located on the mining concession and is home to 3,000 people, approximately 1,000 of whom are employees. Settling into our sleeping quarters we were given the “luxury suite” on the hillside overlooking the valley. The “luxury suite” was a bit of a hike but worth it as it had a great view of the valley and was the old management house, constructed of old growth teak and which Herbert Hoover used to call home.

Before lunch we took a tour of China pit and looked at MYL’s prospective new areas of mineralization, of which there are several as the lead/zinc/silver geology at Bawdwin extends over a wide area, even onto the license adjacent to theirs. 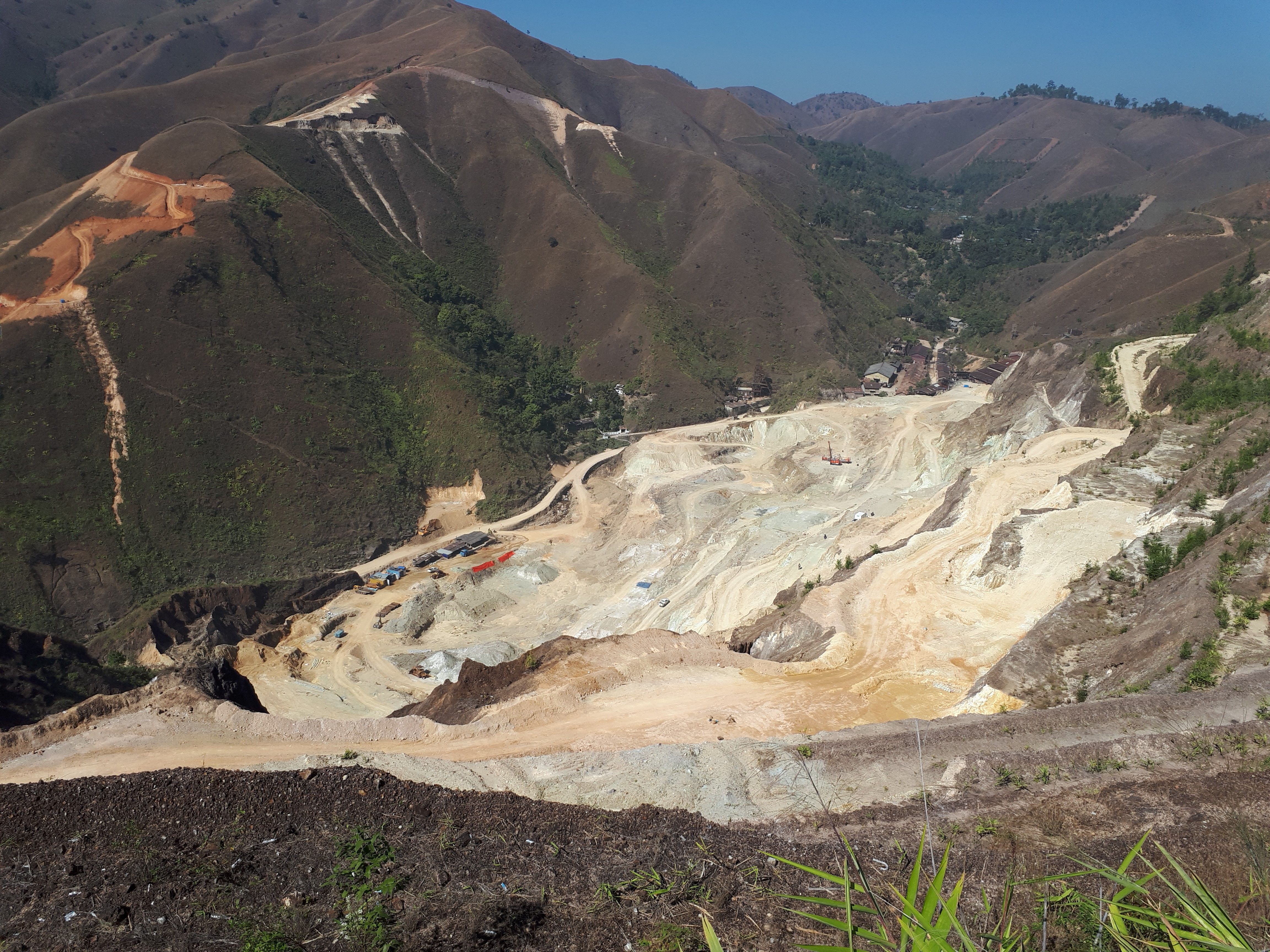 In the afternoon we took a several hour stroll through Bawdwin village and down a gorge where old adits still remained from Chinese miners, as well as the occasional piece of slag, as we worked our way to Tiger camp. What was remarkable about Tiger camp is that all of the old equipment still largely worked as we were shown first hand. This is machinery which in many cases is 100 years old! The machinery and the trains all run, which would normally not be the case in a ghost town-type situation. This is because when the government nationalized the mine in the middle of the last Century it was put under the ire of state-owned enterprise Mining Enterprise No.1 which means there were workers posted at the mine to keep everything pretty much in working order. 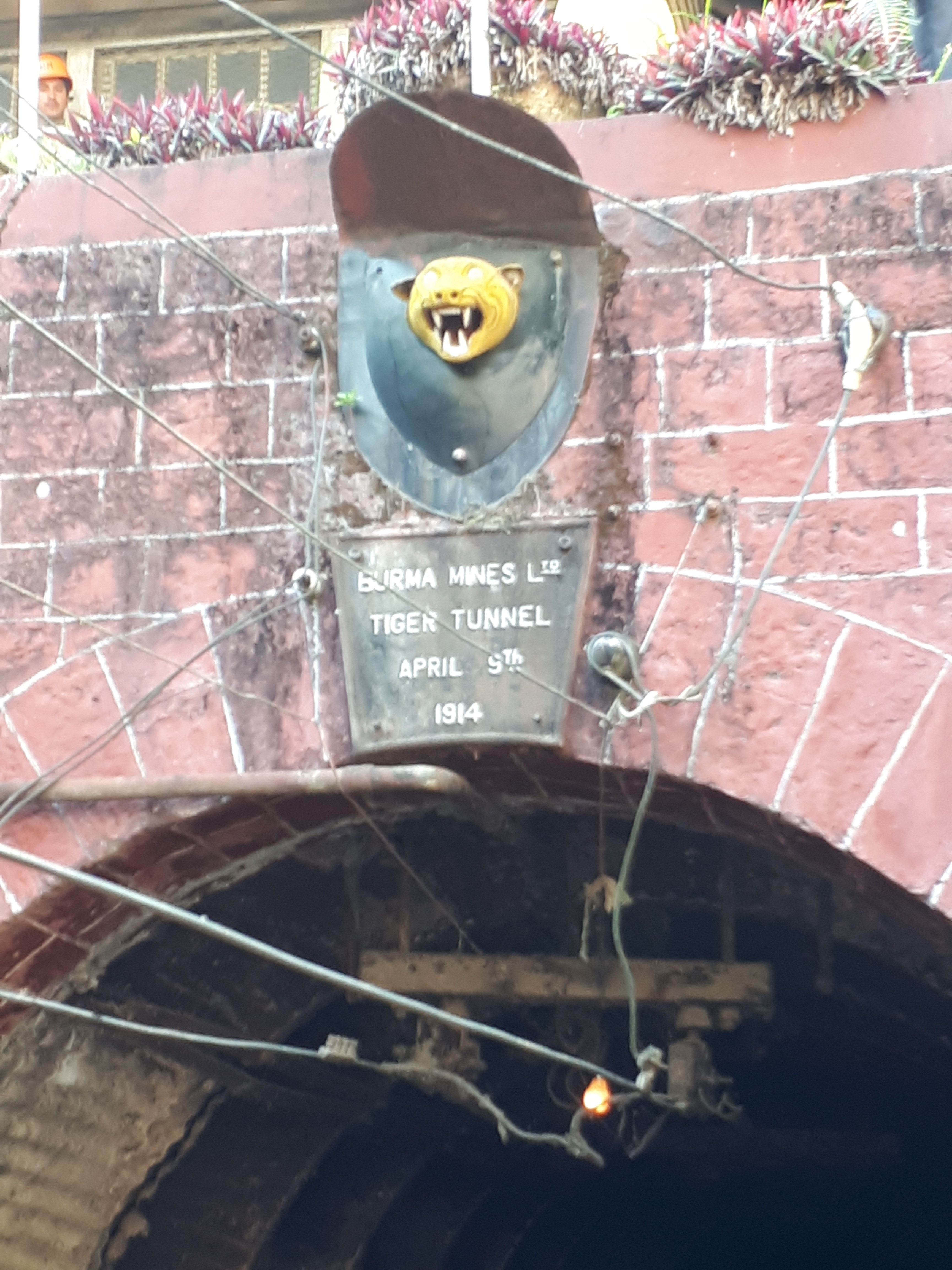 After exploring Tiger camp and walking along the railroad tracks down the gorge, we headed back to Bawdwin village where we enjoyed an evening of hot pot and a round of bowling on Hoover’s alley, complete with teak construction and manual pin reset.

Waking up in Bawdwin the next morning it was quite chilly as the Shan plateau is over 1,000 meters above sea level. After a simple breakfast we headed out to see where MYL plans to set up a concentrator before they haul the concentrate back to Namtu, the nearest town. After seeing the site, we departed the mine site and made our way to Namtu to see the old railroad yard and zinc smelter which was pretty spectacular, complete with early 1900’s railroad engines which still work. The railroad yard sits at the base of the early smelter which was eventually shut down because the fumes from processing the ore caused a fair bit of pollution for the town sitting at its base, as one might imagine. Therefore, a new smelter was built on the other side of town of which only the old columns remain, for during WWII the Japanese occupied the area and in order to prevent them from successfully producing metals for their war effort the facility was bombed by the Americans. 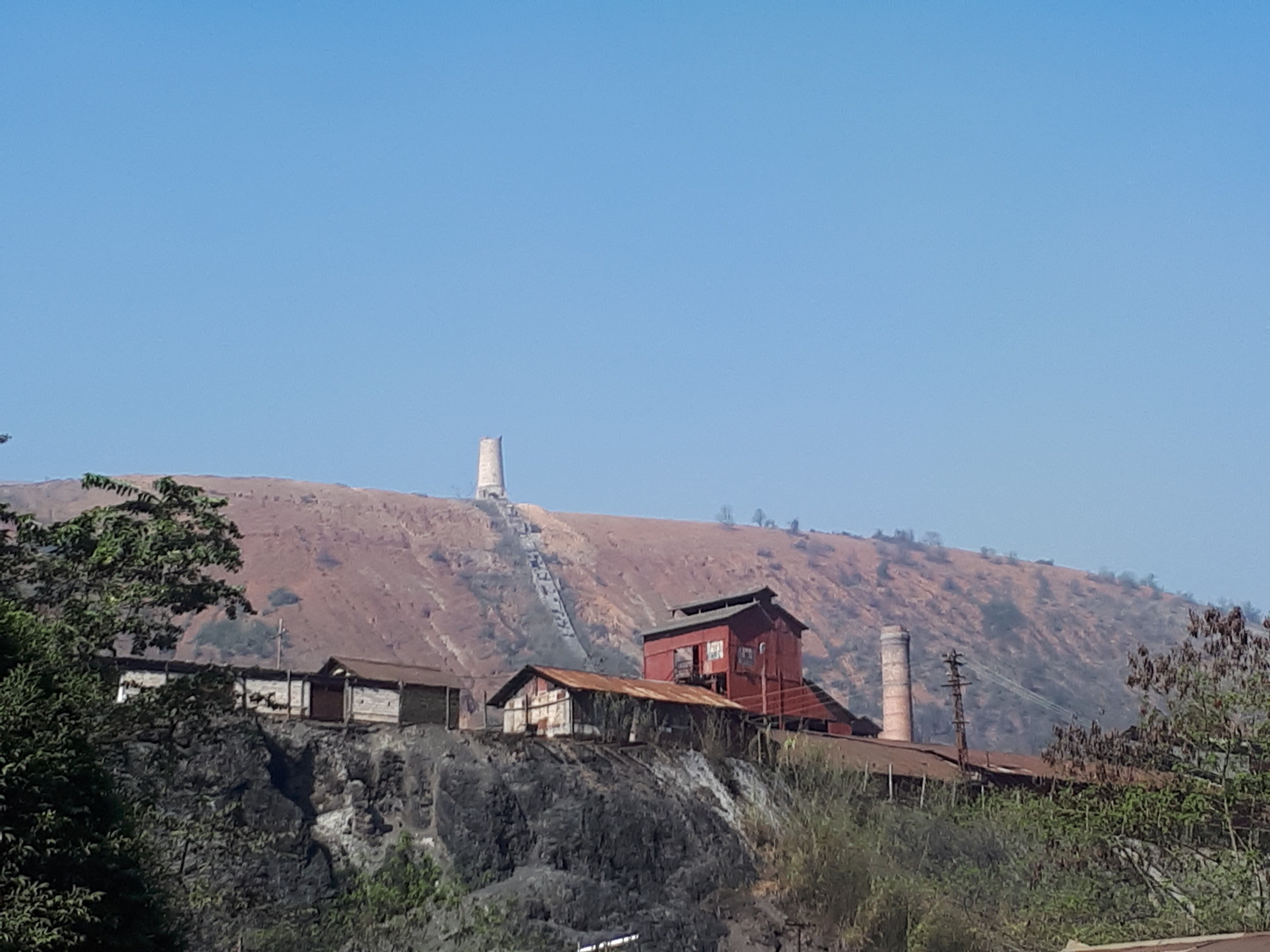 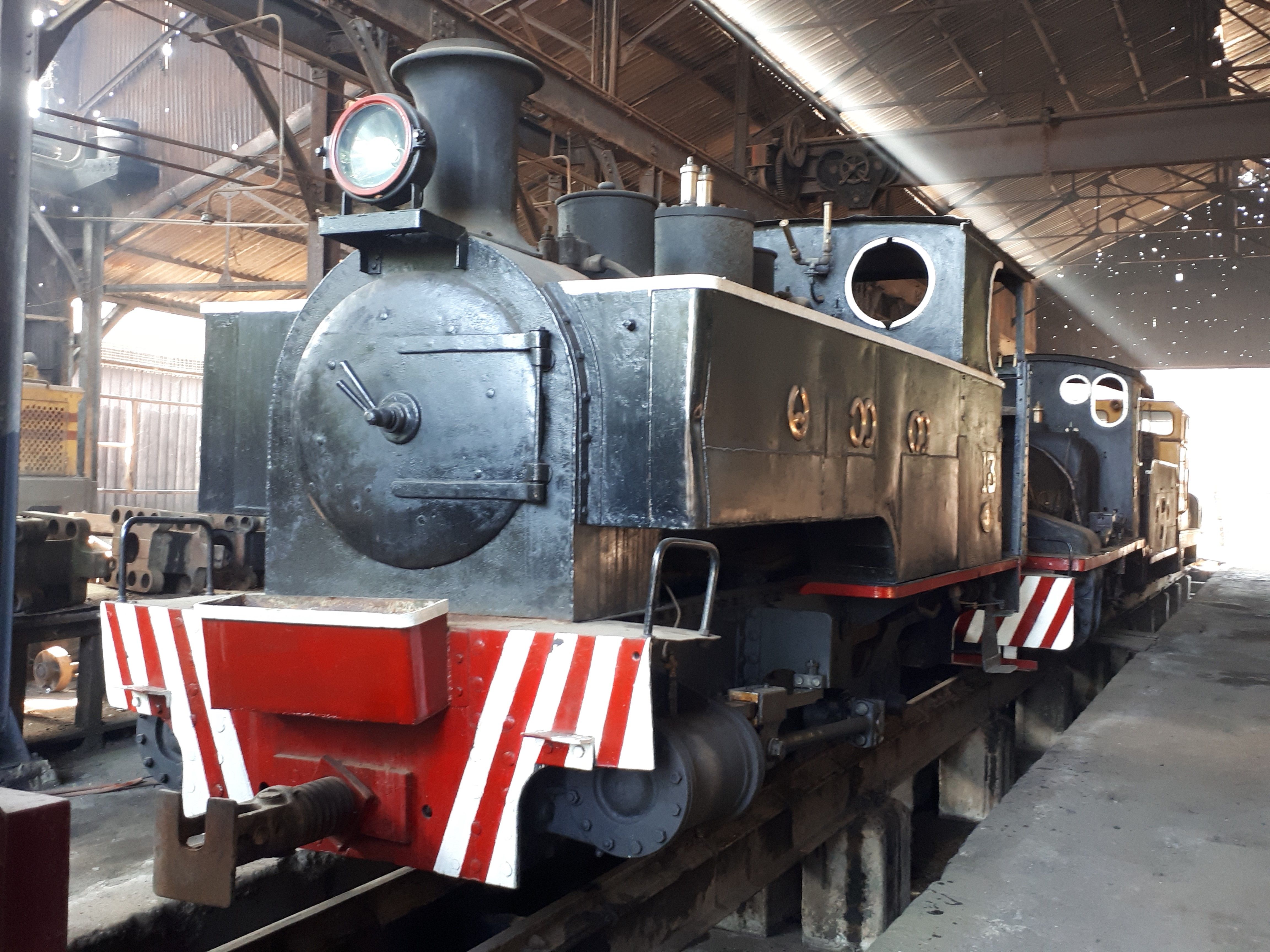 Departing Namtu, we began the long drive back to Lashio in order to catch our flight bound for Yangon which gave some time for all of us to reflect on the opportunity. Myanmar is no doubt elephant country for resource investors, though better government policies need to be put into place before the sector can really blossom. Plush with world class copper, tin, tungsten, gold, silver, oil, ruby and jade resource potential, I believe it is just a matter of time for the Myanmar government to wake up to the realization that if extracted properly, the country’s great mineral wealth could help diversify the economy, create significant employment opportunities and transform the lives of millions who call this “Golden Land” home.

All Photos are by Asia Frontier Capital.