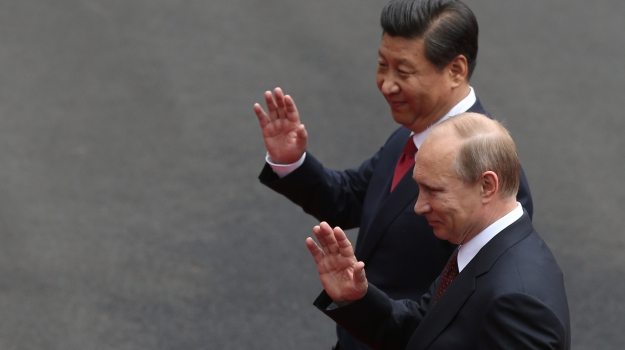 Soon after the Brexit decision came out in June 2016, George Soros had expressed his belief that the European Union is “heading for a disorderly disintegration that will leave Europe worse off than where it would have been had the EU not been brought into existence…. the catastrophic scenario that many feared has materialized, making the disintegration of the EU practically irreversible.”

His earlier claim was based on the expectation of a contagion effect on certain other European Union (VGK) (FEZ) (HEDJ) nations after Britain’s exit vote. Countries such the Netherlands, Austria, France, Italy, Denmark, Czech Republic are the most crucial in this regard.

At a Bloomberg interview at Davos where the World Economic Forum  is being held, Soros corrected himself saying that his earlier claim regarding the European Union heading for a disorderly disintegration was an exaggeration.  Soros now believes that “Europe is not going to disintegrate.”

What Russia and China want

Soros’ new belief is based on the grounds that neither Russia (RSX) nor China (FXI) wants the European Union to disintegrate. China needs Europe as a market. And Russia, which is better at exploiting natural resources as opposed to producing, needs Europe to provide the capacity to produce. Soros also sees Europe coming under the dominance of Russia.