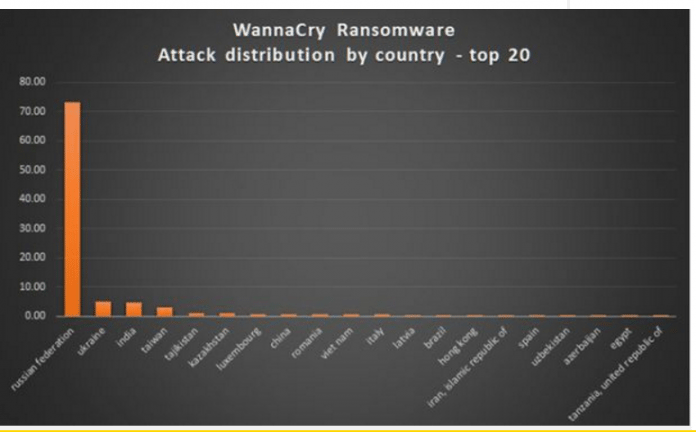 This is post 1 of 4 in the series “The Wanna Cry Malware Attack: Impact and The Opportunities”

Officials across the world are scrambling to figure out a way to stop the outbreak of a massive cyber attack caused by a ransomware named WannaCry. This malware has infected nearly 57,000 computers in more than 100 countries across the globe by Friday May 12. The following Monday, approximately 200,000 systems were believed to have been victims of this vicious malware. WannaCry is by far most severe malware attack in history and could continue to spread to untold numbers. 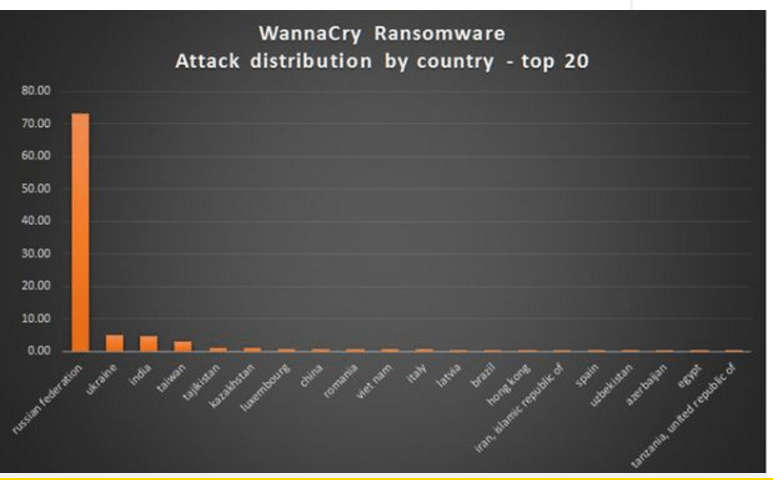 WannaCry is known to have attacked hospitals, railways systems, telecommunication networks, and courier services across countries globally. As per reports from antivirus company Kaspersky and Avast, Russia is worst hit by this malware with approximately 60% of all infected systems were located in the nation. Other countries that were in the top 20 worst affected included Ukraine, India, Taiwan, China, Romania, Egypt, Iran, Brazil, Spain, and Italy. Around 1,000 computers at the Russian Interior Ministry have been affected by the huge cyber attack that hit countries including Britain and Spain today, a spokeswoman for the ministry told Interfax. These are mostly countries that commonly use the older unpatched versions of Windows (MSFT) that is most susceptible to attacks by this ransomware. There have been 45,000 recorded attacks in nearly 100 countries. In addition to individuals, the outbreak has also affected critical infrastructure in countries including Germany, Russia, and the United Kingdom.

This is post 1 of 4 in the series “The Wanna Cry Malware Attack: Impact and The Opportunities”