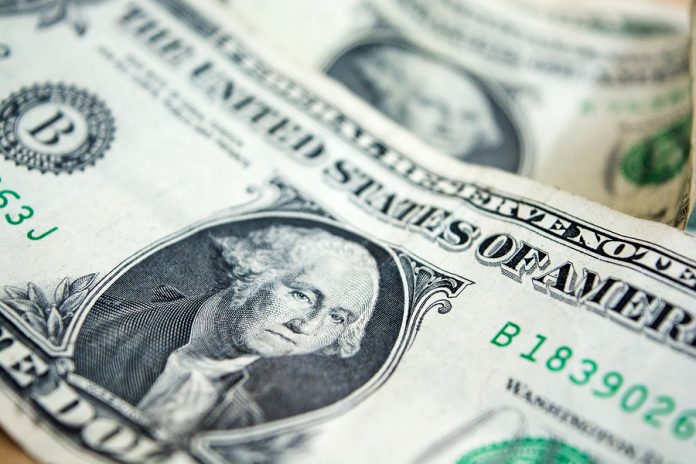 This is post 1 of 3 in the series “The US Dollar and Emerging Markets Assets: Relationship and Implications”

Major events in the US have historically had a profound impact on financial markets in the rest of the world with emerging markets being particularly sensitive. And of course, there is the longstanding inverse relationship between the US dollar and emerging markets equities — since the late 1990s, emerging market equities outperform when the dollar declines.

In this analysis, a picture is certainly worth a thousand words as represented by the graph below which represents monthly indices data from the beginning of 1990 to the end of September 2017. 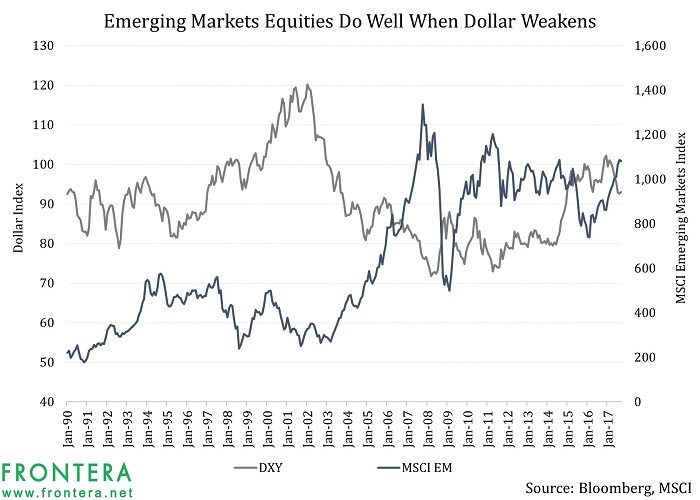 A comparison of the movement of the dollar index (DXY) and the MSCI Emerging Markets Index for the period leading up to January 2000, and then the years following, tells two different stories.

For most of the nineties, no observable sustained pattern between the two securities is visible. There are times when both move in tandem such as the rise seen during 1993. Or the decline witnessed from the end of 1994 for about four months.

An inflection point can be seen from July 1997 – a period which coincides with the Asian financial crisis. In this timeframe, the greenback and emerging market equities can be seen clearly moving in contrasting patterns.

Following the crisis, the MSCI Emerging Markets Index bounced back and, for some time, the rise coincided with an increase in the dollar index. But since the turn of the century, across several periods, a clear inverse relationship between the dollar and emerging markets equities can be seen.

There are a few periods of deviation, but these are marked by important macro events. For instance, in late 2009 to mid-2010, both asset classes were rising. This was in the aftermath of the Great Recession in which several economies, including the US, had started recovering.

More recently, emerging markets have been on a consistent rise since late 2016. For a brief while, the dollar was rising too, but this was in the run-up to, and directly following the results of the US Presidential election. Since the end of last year, the dollar has been on a visible decline.

In the next article, we’ll look at the relationship between the dollar and emerging market bonds.

This is post 1 of 3 in the series “The US Dollar and Emerging Markets Assets: Relationship and Implications”