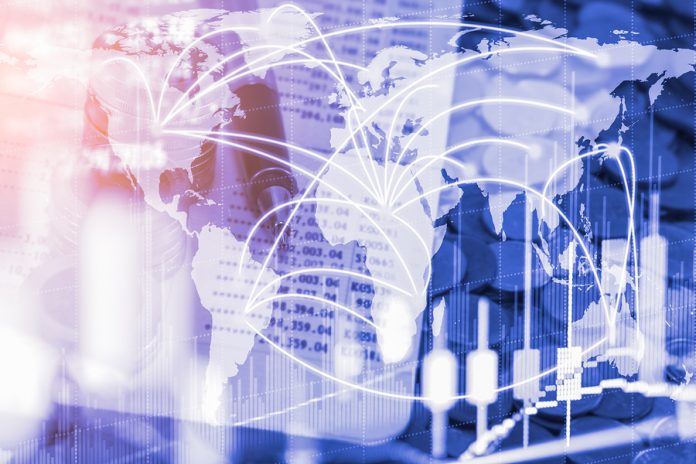 Viewing emerging markets as independent economies that follow national policies, rather than as a single unified bloc, is paramount to understanding their performance in the coming years. This distinction helps explain the varying performance and policy choices of the BRICS countries – Brazil, Russia, India, China, and South Africa – who are commonly exalted as the champions of emerging markets. Though these countries have performed admirably in the last decade, many have fallen from grace. China is experiencing a massive economic slowdown as it shifts from a trade-focused economy to one geared toward domestic consumption. Russia’s elaborate foreign policy has made it the target of Western sanctions and left its economy in tatters. Brazil, following the collapse of commodity prices, is now undergoing its worst recession in decades. To make matters worse, the country is in political turmoil as interim President Michel Temer stares down the same calls for impeachment as his predecessor Dilma Rousseff.

Challenges of the Coming Decade

The prevailing conditions that benefitted emerging markets – namely, high commodity prices, free-flowing financial capital, and strong global trade – will dissipate in the next decade. Moreover, developed economies’ recovery from the financial shock of 2008 is in full swing; prompting a normalization of their monetary policies. This limits the availability of cheap, low-interest loans that helped push the global economy along during the crisis. The US Federal Reserve’s discussions on raising interest rates are a perfect example of this issue. A major fear surrounding this US policy change would be a rush of capital flight from emerging markets toward the higher interest environment in the United States – prompting another financial crisis, but in the developing world.

As mentioned by Khanna, Palepu and Sinha in Harvard Business Review, “the absence of specialized intermediaries, regulatory systems, and contract-enforcing mechanisms in emerging markets…hampers the implementation of globalization strategies.” Marquis and Raynard, in a separate Harvard Business Review article, underscore the weaknesses of emerging markets which are characterized by “weak capital market and regulatory infrastructures, and fast-paced turbulent change.” These erratic systems with drastic political changes, volatile security situations, and clunky bureaucracies, lower investor confidence and deter foreign investment.

Emerging markets tend to lag behind developed economies in their ability to plug into global value chains through value-added goods. Their focus remains with “cost-oriented commodity approaches that rely on low-cost labor and other resources.” This issue is clearly on display in Latin America. Over the past decade, as China’s rise swallowed up the raw materials of the world’s commodity exporters, commodity prices underwent an unprecedented boom. Countries in South America – such as Brazil and Chile – hitched their cars to China’s locomotive and concentrated their economies on price-oriented commodity markets. This had the benefit of providing a quick windfall of cash but also undid many of the previous years’ diversification efforts. As a result, when China’s economy slowed down, commodity prices plummeted and took these commodity-based economies with them. In contrast, Mexico, who is more closely linked to the United States due to a shared border and the North American Free Trade Agreement, stayed the course and continued diversifying their economy. Their industrial and manufacturing sectors drive the country’s export economy, and bolstered the country against the inevitable decline of cyclical commodity prices. At present, Mexico appears to be one of the faster growing economies in Latin America, while Brazil suffers through one of its greatest recessions in recent history.

Unfortunately, it appears that firms attempting to invest in emerging markets tend to suffer when they diversify their portfolios away from commodities. University researchers Lins and Servaes explain that companies who diversify from a single industry tend to trade at a 7% discount rate in emerging markets – especially those who diversify toward manufacturing industries. This phenomenon entails slower and limited returns for those who invest away from commodity sectors as they pursue diversification through industrial manufacturing. This somewhat explains the preference to centralize capital in single markets with quick, high yields such as the commodity sector, which limits long-term growth.

The only way to sidestep this issue is to resist the temptation of cheap, quick profits from high commodity prices and stay the course of industrialization. Unfortunately, this has its own drawbacks. Studies indicate that there is a bias toward products imported from developed economies to emerging markets; while that same bias works against products imported from emerging markets to developed economies. This was the perception of Japanese goods prior to the overhaul of the country’s industrial sector. However, as witnessed in Japan, and currently in Mexico, staying the course and focusing on the long-term gains of slow development can create an avenue to joining the ranks of the world’s rich countries.

Opportunities in the Coming Decade

Emerging markets have begun resembling their developed economy counterparts in a number of ways. Analyzing these markets beyond the macro level, and “drill[ing] down to the sector, company, and security levels to achieve their investment goals,” yields greater understanding of these markets to produce higher investment yields. Many emerging markets have undergone liberalizing policy reforms that have “all but washed away protectionist barriers in developing countries.” This has allowed emerging market firms to close the gap between themselves and firms from developed economies. However, that tightening gap is also a result of performance changes in developed economies which are experiencing diminishing growth resulting from emerging market firms as well as disruptive industries.

In the Academy of Management Journal, Aulakh, Kotabe and Teegen conducted a study that helps explain the different export strategies that emerging markets can undertake. They suggest that “cost-based strategies enhance export performance in developed country markets and differentiation strategies enhance performance in other developing markets.” This allows firms to overcome the perception issues as discussed by Sharma. For instance, when exporting goods to developed countries, emerging market firms should focus on price-point and value, rather than advertising quality. Regardless of whether or not their quality is higher, the perception bias will work against their goals and ultimately lead to failure in that market. The wave of cheap Chinese goods that flooded the North American market by the end of the 20th century is just one example. These products were of inferior quality, but significantly cheaper than domestic products. As China gained greater market share they were able to increase the quality of their goods and diversify away from the smaller and cheaper manufactured goods. As a result, China is now in the business of exporting national technology brands such as Huawei and Lenovo. This approach is not unlike a development path forged by Japan and the four Asian tigers – Taiwan, South Korea, Hong Kong, and Singapore.

India, another member of the emerging market vanguard, has taken a different approach to development by focusing on services and information technology. The country is saturated with call centers for North American firms that have exported these service-sector jobs, for a fraction of the cost, to the South Asian behemoth. As the world moves towards a service economy those emerging markets able to fill global service needs will be best poised to capitalize on the new economic landscape.

Emerging economies benefit from demography; with younger, growing populations that boast a swelling middle class. Developed economies in North America, Europe, and Japan are experiencing falling birth rates and an aging population. In the coming years, the burden of supporting pension programs in developed economies will fall on a dwindling workforce – limiting economic capacity. The typical solution to this type of problem is to facilitate immigration and allow for these new citizens to alleviate the population squeeze.

However, these developed economies have become less eager about immigrant populations as nationalist parties have trumpeted the ills of immigration. Germany’s Alternative for Deutschland party, France’s Front Nacionale party, and Donald Trump’s US presidential campaign are only a few high-profile examples. As a result, the young, able-bodied, and educated populations from emerging markets will most likely stay put, keeping their talents and skills within their countries. This constitutes a transfer of talent, knowledge, and production capacity unlike any shift in human history, much to the chagrin of developed economies, and to the benefit of emerging markets.

The coming decade is rife with disruptive technologies, a shifting political landscape, and abundant security risks. These risks are ubiquitous and will affect both emerging and developed economies. However, developed economies stand to lose significantly more as they are entrenched in the established world order. They have a vested interest in maintaining the global order in its present iteration and stand to lose the most from too drastic a change. Emerging markets, with their younger populations, greater access to knowledge, and familiarity with new technologies, have greater tools to work with in the next decade. The diminishing margins of growth for developed economies also limit how much further they can pull the gap from emerging markets. Firms and governments in emerging markets have much more room to grow and there are still various low-hanging policy options that could bolster their output and productivity.

However, the future is also replete with challenges for emerging markets. Brazil, one of the BRICS emerging market vanguards, will likely undergo another ‘lost decade’ following the deep recession currently hampering the South American giant. Just as there are many simple policy options that could benefit emerging markets, there are many policies that could easily harm them as well. Chasing the quick profits of commodity goods, and foregoing diversification towards industrial exports, represents a critical mistake. Maintaining barriers to trade that limit growth represents another. Weak monetary and fiscal policies are the worst possible pitfalls. Just as there are opportunities for emerging markets, these policy mistakes represent a clear and present danger that could limit growth and development. As Brexit takes hold and the US Federal Reserve mulls an interest rate hike, the world’s trade and investment will only suffer greater. For emerging markets, good governance and smart decisions are the only defense against an uncertain world.