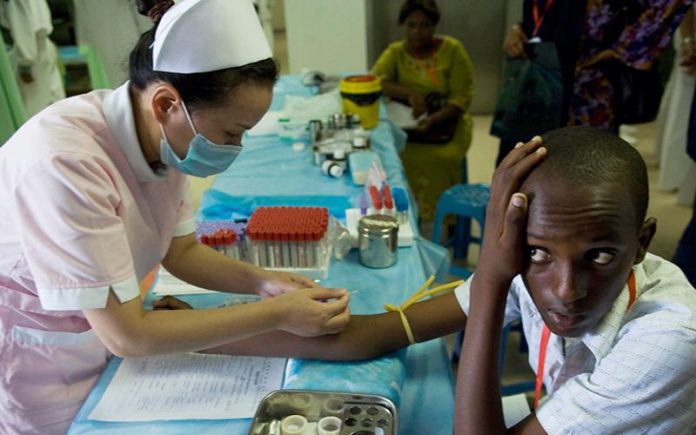 While China’s presence and influence in Africa is well documented – especially regarding resource extraction – another element is increasingly becoming an important economic and political tool: traditional Chinese medicine. Chinese involvement in Africa has long included a prominent medical presence, with Beijing supporting medical efforts on the continent for decades. As China’s export capacity increased in the late 1990s and early 2000s, Beijing began to increasingly augment its efforts in Africa with the promotion of traditional Chinese medicine (TCM).

The inaugural China-Africa Forum on Traditional Medicine was held in Beijing in 2000, with 21 African health ministers in attendance. This push coincided with efforts by the World Health Organization (WHO), which earmarked traditional medicine a policy priority for Africa in 2001. That same year the African Union declared 2001-2010 to be the ‘Decade of African Traditional Medicine’. This supranational focus aided Chinese efforts in promoting TCM in Africa, drawing on the parallels between African and Chinese medical practices.

In 2003, vice minister of commerce, Wei Jianguo argued that “China and Africa should take advantage of the continent’s long history of applying traditional medicines and China’s established theories and mature techniques in traditional Chinese medicine [to] enhance bilateral economic and technological exchange and mutually beneficial cooperation.” This sentiment was echoed by Koukouvi Apelete, chairman of the Togolese Association of Traditional Medicine Practitioners, in February 2017: “collaboration between traditional Chinese medicine and African traditional medicine practitioners is possible and will profit both sides. Both medicines are complementary.”

Since then the global herbal medicine market has grown to $60 billion, with Africa becoming the largest medicine export market for China in 2012. This figure is in addition to the domestic Chinese traditional medicine market, which accounts for 22.4% of the national pharmaceutical industry, and one third of China’s gross medicine production. Despite rising incomes and increased access to western medicine, China’s growing middle class still prefers to consume TCM products: China’s domestic TCM market has seen 20% growth for the past five years and now stands at $114.2 billion.

With over a million Chinese expats in Africa, the number of TCM practitioners there is also increasing, serving both Chinese and local clientele. TCM often fills coverage gaps in African healthcare systems, as well as providing cheaper alternatives to government or private western medicine clinics. Financial restraints, existing traditional medicine usage and suspicions about the quality of medicine and care in mainstream facilities provides a ready potential consumer base for TCM.

Dr. Ebrahim Sanba, former WHO Regional Director for Africa noted that “for more than 80% of Africans, traditional medicine is the first or only resort. There is clinical evidence which indicates that traditional medicines are effective for the treatment and/or management of some health conditions such as malaria, sickle cell anemia, diabetes and HIV/AIDS.” Indeed, Tu Youyou won the 2015 Nobel Prize for Medicine for her discovery of the antimalarial agent artemisinim thanks to her work with traditional Chinese medicine. This discovery has become the posterchild for the benefits of TCM, and one that particularly resonates in Africa, where as much as 1.5% of GDP is lost due to the disease in high risk countries.

To this end, China is pushing TCM as a key pillar of its new innovation driven growth model as it transitions from a manufacturing based economy. A key element in this effort is promoting TCM in Africa, both as an effective soft power tool and expanding export market. This engagement is seen in Malawi and China’s April 18th memorandum of understanding to draft a national policy for traditional medicine accreditation, and develop traditional medicine programs at the Chinese-built Malawi University of Science and Technology. The focus will be on eliminating malaria in Malawi. More recently, Beijing organized the China-Africa Malaria Symposium on April 21st, where Fouad Mohadji, former Comoros vice president stated that “this continent should adopt alternative therapies from China that are cheaper, yet have proved to be effective in treating malaria.” 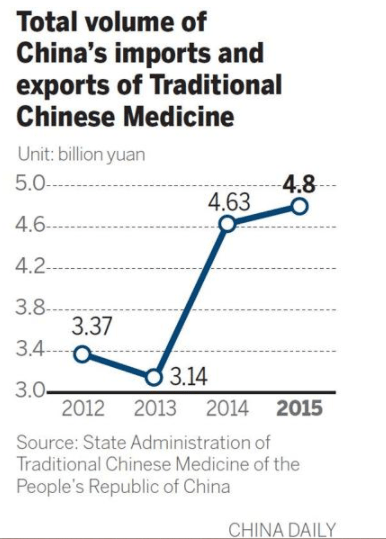 These events come on the heels of the first China-Africa International Cooperation and Development Forum on Traditional Chinese Medicine and Pharmacy, held in Cape Town, attended by over 1,000 African students. China is also increasingly host to African students studying TCM in Chinese universities and medical schools, a trend showcased on April 3rd as Nanjing University invited African journalists to meet African TCM students in China.

A spoonful of sugar makes the ‘medicine’ go down

While the discovery of artemisinim is a great boon to the global medical community, there are aspects of traditional Chinese medicine that do not bode well for Africa. Putting aside TCM’s disputed effectiveness within the wider medical community, current industry trends have the potential for serious negative externalities. Chief amongst these is the growing trade in fake medicine. Trafficking medicine earns smugglers between ten and twenty times more revenue than narcotics, according to Bernard Leroy of the Institute of Research against Counterfeit Medicine.

The poor to non-existent access to medicine many Africans face is only worsened by the influx of fake medicine, 97% of which entering Africa stems from China or India. A customs sweep in 2015 found that 90% of traditional Chinese medicine imported into Australia contained unlisted ingredients, including; foreign animal and plant DNA, antibiotics, decongestants and heavy metals. Moreover, several studies have found traditional Chinese medicine to be the leading cause of drug induced liver failure in up to 43% of cases in China. TCM accounted for 40% and 55% of drug induced liver failure in South Korea and Singapore respectively. Recent scandals unmasking the ineffectiveness of anti-smog herbal teas in China only further highlights the dubious nature of many TCM products on the market.

The growth of TCM only serves to facilitate this trend as inconsistent or incomplete labelling, accreditation, regulation and oversight measures, both within China and more so in Africa, encourage fake medicine and quack doctors. An uptick in quack TCM clinics and doctors in places such as Uganda has already been seen. Moreover, the fake medicines imported from China often find their way into national healthcare systems, making treatment less effective, in turn persuading Africans to try alternative medicines, with TCM practitioners also often on the receiving end of counterfeit medication. 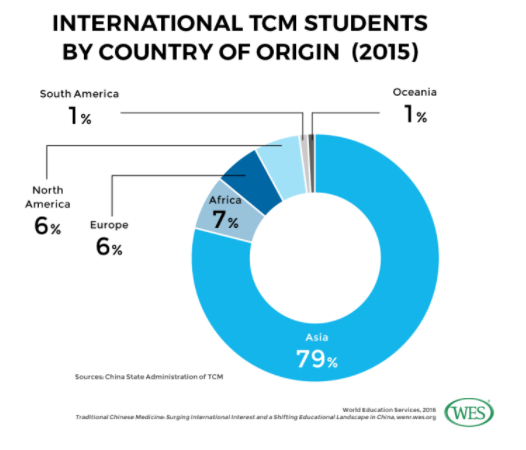 Another worrying trend accompanying TCM’s growth in Africa is the increased pressure on African wildlife. Some of this increased demand has resulted in the growth of legitimate businesses, notably the increase in crocodile farming in Kenya, Zambia, Zimbabwe and South Africa. Kenya already has 21 licensed crocodile farmers, including Collins Mucke, who presides over 30,000 crocodiles on his farm outside Nairobi. TCM demand for crocodile meat has seen an additional 60 farmers register in Kenya this year, with 85% of African crocodile exports (totalling $196 million in 2015) destined for China, Hong Kong and Taiwan. With crocodile skins already fetching $123 each, farmers stand to gain between $50-$69 from selling the meat as well.

The demand from traditional Chinese medicine is also leading to a rush on donkeys, as the gelatin extracted from donkey hooves and skin is an important ingredient in TCM. With Chinese donkey populations rapidly shrinking, the country is looking to Africa to meet domestic demand: to meet this demand, Morocco has signed a deal to export 30,000 donkeys. Currently Kenya and Botswana already legally export donkey products to China, while Namibia is also setting up an abattoir to cater to Chinese demand. The demand from traditional Chinese medicine currently necessitates some four million donkey per year and growing.

While some countries are setting up legitimate donkey processing industries, many African countries are witnessing a sharp rise in donkey poaching and smuggling. High demand from China has made donkey poaching a lucrative venture, one that directly impacts many of the continent’s subsistence farmers and small landholders. Unlike other TCM related poaching crises, such as the ivory trade – which to Beijing’s credit China has announced a total ban on by the end of 2017 – the economic impact directly falls on Africa’s poorest. Many farmers have had their donkey’s killed and stolen, undermining local economies. The extent of the poaching is so severe is that “if nothing is done, we might find ourselves with a similar situation to the rhino poaching crisis in [South Africa],” notes Kabelo Nkoane of the Highveld Horse Care Unit. The problem has become so bad that Mali, Burkina Faso, Niger and Senegal have all banned donkey exports.

The growing footprint of traditional Chinese medicine in Africa acts as a mirror on wider trends in China-Africa relations; highlighting mutual cooperation, but also the impact of rapacious Chinese consumption patterns, which be it for cobalt or crocodiles continues to dominate mutual relations.